Image-based abuse – when someone takes, shares or threatens to share nude, semi-nude or sexual images or video without consent – has become a growing issue, experienced by 1 in 3 Australians surveyed in 2019.

“It's a huge violation of trust that’s designed to shame, punish or humiliate. It’s often a way for perpetrators to exert power and control over others,” said Henry, who is an Australian Research Council Future Fellow.

“A lot of victim-survivors we talked to just want the issue to go away and the content to be taken down or removed but often they don’t know where to go for help.”

That is what this pilot chatbot is here to address.

The idea came to Henry after conducting interviews with victim-survivors about their experiences of image-based abuse.

While the people she spoke to had diverse experiences, Henry said they often did not know where to go for help and some did not know that what had happened to them was a crime.

“The victim-survivors we interviewed said they were often blamed by friends, family members and others and made to feel ashamed, which made them even more reluctant to seek help,” Henry said.

Dr Alice Witt, an RMIT Research Fellow working on the project with Henry, said Umibot is not a replacement for human support, but it is designed to help people navigate complex pathways and provide them with options for reporting and tips on collecting evidence or how to keep safe online.

“It is not just for victim-survivors,” Witt said.

“Umibot is designed to also help bystanders and even perpetrators as a potential tool to prevent this abuse from happening.” 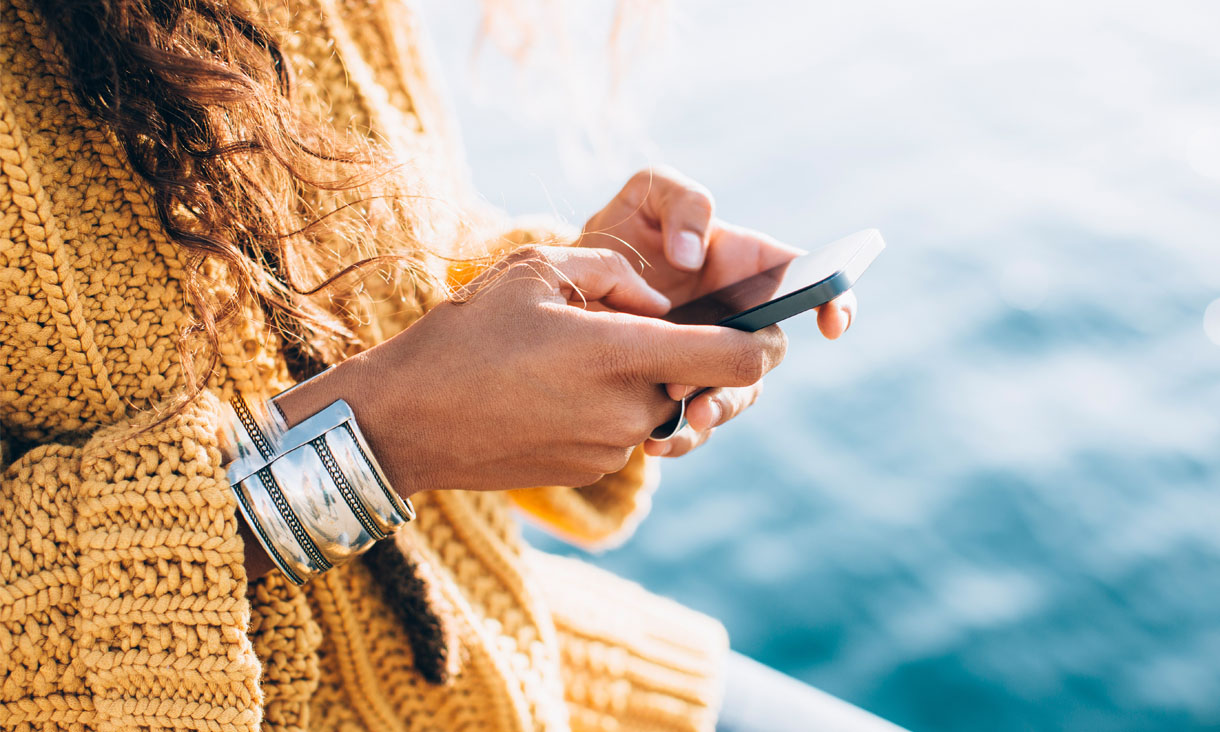 Image-based abuse has become a growing issue, experienced by 1 in 3 Australians surveyed in 2019. Credit: Adobe Stock.

Users can type questions for Umibot, or they can select answers from a set of options.

Umibot also asks users to identify whether they are over or under 18 and if they need help for themselves, help for someone else, or are concerned about something they have done. This will inform what sort of support and information they get to suit their experiences.

Henry says Umibot is the first of its kind that is dedicated to victim-survivors of image-based abuse.

“There are other chatbots out there that more broadly help people who’ve experienced different online harms, but they are not focused on image-based abuse and they don’t have the same hybrid functionality that allows users to type questions to the chatbot,” Henry said. 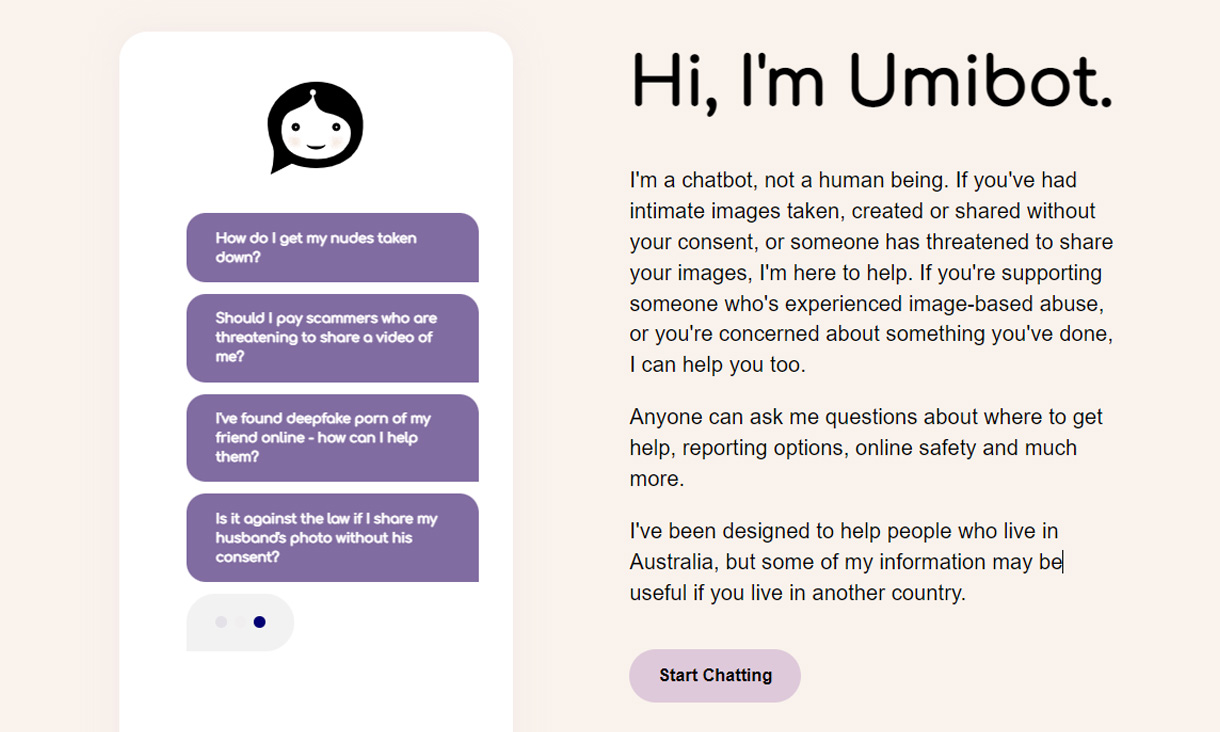 A screenshot of Umibot's interface.

A new approach to chatbot design

“We know victim-survivors of image-based abuse face a spectrum of experiences over and above image-based abuse, so we developed Umibot as a fully inclusive and trauma-informed empowerment tool to support people who have diverse experiences and come from different backgrounds,” Henry said.

The team also worked with a diverse range of consultants and did an independent accessibility audit to make sure Umibot was as compliant as possible with global accessibility standards for people with disabilities.

“Our main ethical challenge was to make sure Umibot didn’t cause any harm or trauma, or make the user feel burdened,” Witt said.

“A lot of victim-survivors are not ready to talk to a person about their experiences, so teaching Umibot how to be empathetic and helpful is a way for them to seek support without any pressure.”

With Umibot available to use right now, the researchers are hoping to develop a Umibot Version 2 for victim-survivors, bystanders and perpetrators of image-based abuse in the next few years.

“We hope that Umibot will not only empower victim-survivors to find support, but also help us create 'best practice' guidelines for designing, developing and deploying digital tools and interventions for addressing online harms more broadly,” Witt said.