Professor Stiglitz contended that historical improvements in worker conditions have been driven by the collective action of unions, and as we begin the transition from a modern to an innovation economy, the need for continued union action becomes even more important.

“Collective action needs to be at the centre of this reconstruction of the economy,” he said.

“Unions need to not only take the lead on this action, but also advocate for why it’s necessary if we’re going to achieve an economy in which the wellbeing of ordinary citizens is advanced.”

Wednesday's lecture was the first in what will become an annual event, delivered by RMIT in partnership with the Carmichael Centre — a new initiative of the Centre for Future Work at The Australia Institute, which undertakes research and education activities related to the legacy of former union leader Laurie Carmichael. 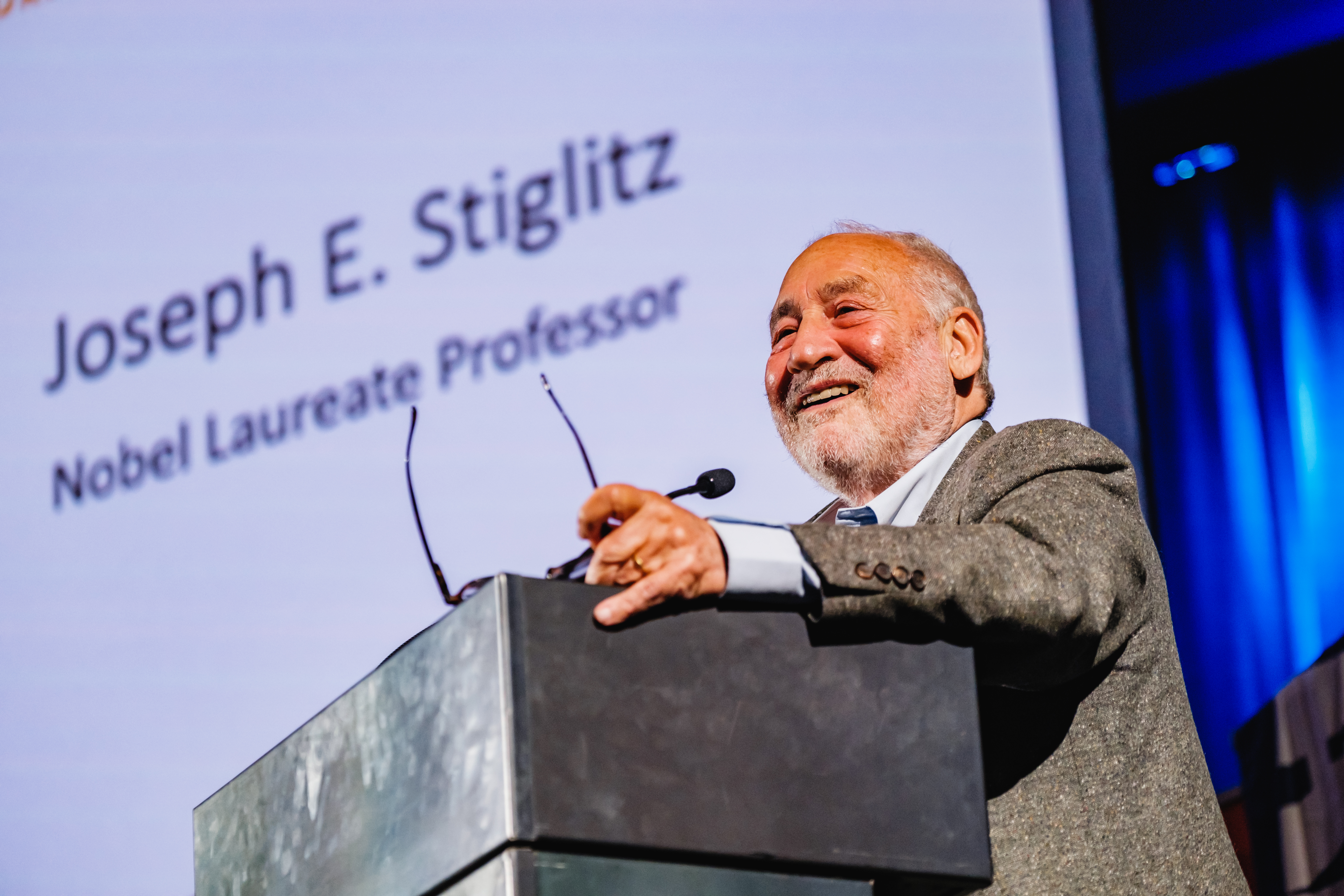 Distinguished Professor Anthony Forsyth from RMIT said the Carmichael Lecture Series is central to the relationship developed between RMIT and the Australia Institute over the last two years, with the University assisting in the set up and operation of the Carmichael Centre.

“Having Professor Joseph Stiglitz deliver the inaugural Carmichael Lecture, with ACTU Secretary Sally McManus, is a wonderful opportunity to facilitate discussion of issues at the centre of the reform agenda of the new federal Labor Government: tackling inequality, boosting real wages for workers, and recognising the legitimate role of unions in economic and social policy formulation,” Forsyth said.

“The Carmichael Lectures will be a highlight on the RMIT academic calendar for many years to come,” he concluded.

A full recording of the lecture is available here.

RMIT opens front door to the world of the digital economy

A new approach to business education has launched in Australia, linking industry and research to address the current and anticipated way of working in the rapidly growing digital economy.