Brexit: a decisive summit on the future of EU-UK relations

Brexit: a decisive summit on the future of EU-UK relations

The EU summit on 17th -18th of October will officially commence Wednesday evening in Brussels with a dinner amongst European leaders. 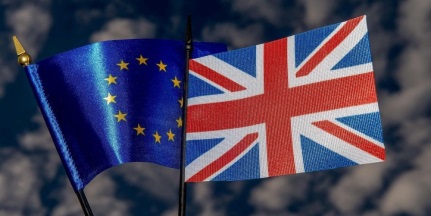 The summit will bring together EU leaders from the 27 member states who will meet in the European Council (Article 50) to discuss the fate of Brexit.  It will be a critical moment in the negotiation process and will bring to light the nature of the Brexit agreement.

The bulk of negotiations will be to break all agreements (commercial, security, free movement of individuals…) which have been in force for over 40 years of UK’s membership in the EU. This will result on a withdrawal treaty that must be concluded promptly as it will need to be ratified by the European and British Parliaments by March 29th 2019. Another shorter text will also need to be negotiated once the details of the Brexit have been confirmed.

Michael Barnier, European Chief Negotiator for Brexit stated last Wednesday that about 80-85% of the accord had already been agreed upon. Both the UK and EU have agreed on the rights of expatriates on both sides of the Channel post-Brexit. They have also defined the majority of the ‘financial settlement’ of the divorce, that is, the tens of billions of euros that London will have to pay the EU. A transition period till the end of 2020 has also been discussed. This period, would allow more time for the EU and UK to negotiate the ‘exist’ deal and further alienate the possibility of a ‘backstop’.

During this transition to post-Brexit, the UK would continue to comply with EU rules and contribute to its budget, but will no longer participate in the decision-making process. Important issues however remain unresolved, such as the precise role that the EU Court of Justice will have in the event of a dispute over the interpretation of the withdrawal treaty and particularly the question of the Irish border. Both parties have reached an accord which aims to uphold the 1998 Good Friday Agreement by avoiding a return to a physical border between the Republic of Ireland and Northern Ireland. If no alternative solution is found by the end of 2020, the 27 European member states have articulated their desire for Northern Ireland to commit to remaining in the EU’s customs union. London however has been apprehensive and has disputed the working of the ‘filet de securité’ (‘backstop’) as it would create a border between Northern Ireland and the rest of the UK.

Australia is currently negotiating a free trade agreement (FTA) with the European Union, and while the discussion of geographical indicators (GIs) is taking up much of the headlines, the agreement may have more far reaching benefits and ramifications.

On May 25, 2018, the EU’s GDPR came into effect. As an ambitious legal framework, it aims to harmonise and streamline data protection laws for all individual citizens in the EU and in the European Economic Area (EEA).