The 12th of February 2019 marked the 22nd anniversary of the Asia-Europe Foundation’s (ASEF) conception in Singapore. 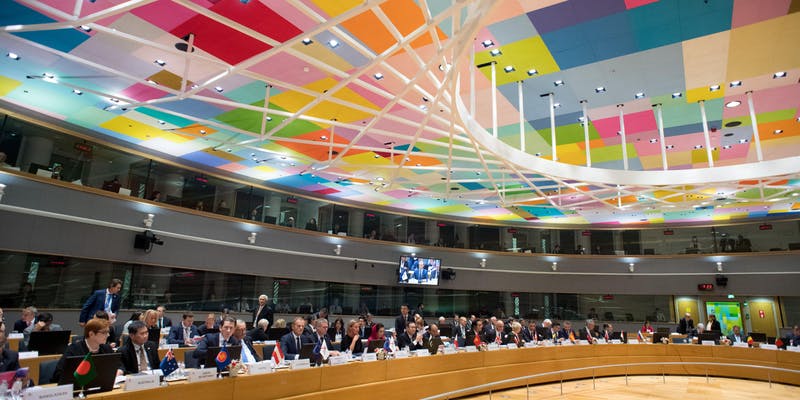 This anniversary is a particularly important one- as it demonstrates the commitment on the part of Asia and Europe for 22 years to people-to-people relations, strengthening cooperation and for a rules based international order. Since it is the anniversary of such a significant organisation, it is fitting for me to discuss the key strengths and achievements of ASEF.

ASEF has played a unique role in the world in enhancing understanding between Asia and Europe through providing officials from Europe and Asia a forum to engage in dialogue. During these 22 years, Asia and Europe have worked together on issues relating to trade, investment, creating better infrastructure, and connectivity by engaging a variety of stakeholders, including civil society.  In 2009 and 2010, for the 3rd Asia-Europe meeting (ASEM) of the Minister of Education, ASEM involved 73 high level university representatives, providing the space for mutual understanding and communication. A further testament to the fact that ASEF has provided a platform for discussion to ensure cooperation, is during the Asia-Europe Policy Forum. ASEF organised 24 Brussels Briefings, 11 roundtables and 2 conferences over three years for government, business and civil society leaders.

Briefly following ASEF Day (22 February 2019), Cathy Raper from the Department of Foreign Affairs and Trade, gave a talk on ‘building cooperation & partnerships between Asia and Europe’ at RMIT University. Part of Ms Raper’s speech concentrated on how important ASEM is for Australia, given that 9 out of 10 of Australia’s top trading partners are members of ASEM and 2/3 of Australia’s exports go to Asia. Ms Raper also discussed how well regarded ASEM is due to its high attendance rates at the 12th ASEM Summit in Brussels 2018. Australia can benefit from ASEM  and promote it’s own national and economic interests. For instance, ASEM’s creation of the ‘ASEM Pathfinder Group on connectivity’ which aims to bring countries together via creating deeper economic ties, can be a real opportunity for Australia to promote its economic and trade interests in Asia and Europe.

Overall, it is not possible to deny the influence ASEM and ASEF have had and continue to have in encouraging multilateralism and in getting countries to cooperate on governance issues. Despite ASEM/ASEF’s contribution towards fostering global cooperation, dialogue and understanding, it is worth noting the limitations to what ASEM can achieve as an intergovernmental organisation. Since ASEM is an organisation that is composed of many stakeholders with at times conflicting interests and aims, progress can be hindered for ASEM in terms of achieving any meaningful change from coming to fruition. ASEM’s high attendance rates by world leaders, many of whom are Australia’s top trading partners, demonstrates ASEM’s relevance and potential usefulness for Australia in furthering Australia’s ties with Asia and Europe.

Greece’s response to the covid-19 health crisis has been commended globally (Roche, 2020).

Amidst the turmoil resulting from the COVID-19 virus, the emphasis on the importance of best available science has been striking.

COVID-19 and The European Green Deal: A path forward, but how?

The COVID-19 pandemic reminds us of the urgent need to seriously address the climate crisis.