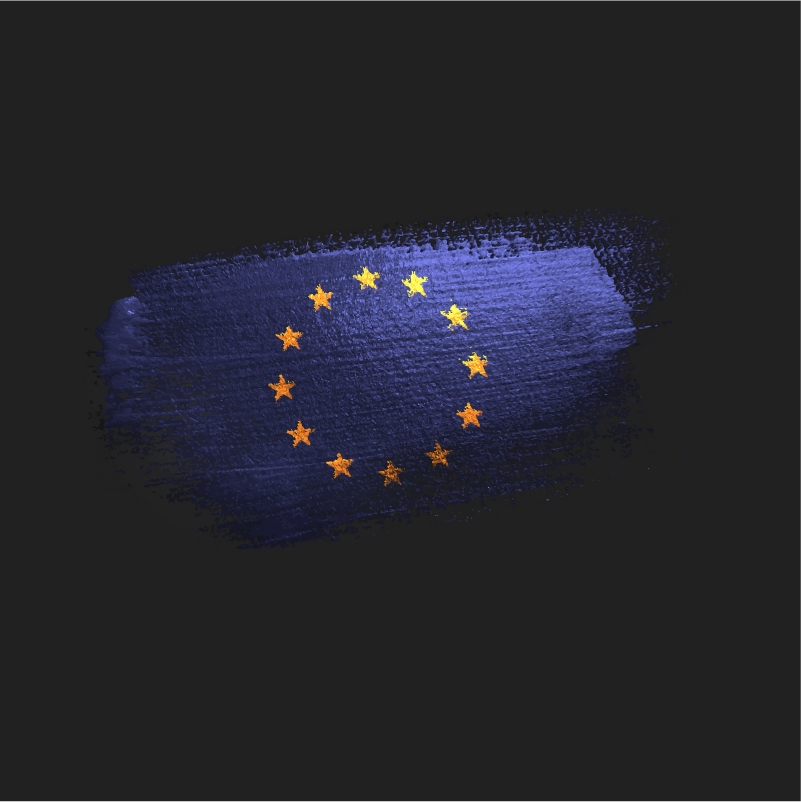 In June 2018 in Canberra, Australia and the European Union (EU) formally launched negotiations for a Free Trade Agreement (FTA).

The launch is a testament to the significant shift in the tenor and substance of the bilateral Australia- EU agreement (Elijah and O’Neill 2018, p.58).

In April 2015, Australia became the 17th country to sign a Framework Partnership Agreement (FPA) with the EU. The FPA signifies notable steps towards deepening security cooperation between Australia and the EU. It also illustrates the progressive bilateral relationship since the commencement of their diplomatic relation in 1962. The Treaty-level Framework Agreement collectively comprises common interests and shared values, which undoubtedly sets the scene for a more ambitious and comprehensive ‘Free Trade Agreement’ (FTA) (European Commission, 2018). Australia and the EU have been laying the foundations for a new economic partnership with bilateral agreements relating to trade such as, the mutual recognition agreement and the Wine Agreement of 1994 (finalised in 2008), and the recent Crisis Management Agreement signed in 2015.  These bilateral agreements have created the groundwork for the current discussions on an FTA (Murray, 2018).

During the period of July 2015-June 2016, two-way trade was at a high of AU$95 billion, which constituted a 13 per cent increase from the previous year (Fabrizi, 2016). The EU’s direct investment in Australia was AU$165 billion, and Australian direct investment in the EU was at AU$105 billion in 2016 (DFAT, 2017). The current economic relationship is strong and dynamic, with two-way amounting to over $AU100 billion and investment totalling $AU1.7 trillion (Crean, 2018). The trade agreement will further facilitate business connections and provide companies with a stronger framework for pursuing business opportunities. It will also constitute the necessary legal framework to liberalise trade in goods and services and improve conditions for investment; develop better mechanisms for aligning the EU and Australian and regulatory systems; and allow for the mutual recognition of skills and qualifications (Ibid, 2018). The FTA will undoubtedly have important repercussions for the 2,200 European companies operating in Australia, and further boost the substantial and increasing amount of Australia investment flowing onto long term, economic capacity-building projects across Europe (Delegation of EU to Australia, 2019).

Three sectors have been identified where European companies have found to have had strategic business opportunities. The first is the renewable energy sector where European expertise and investment is at the forefront of building Australia’s clean energy capacity to ensure that it meets its Paris emission reduction commitments. The second sector is infrastructure where Australia’s strongly growing population (2018, the population crossed the 25 million - with one of the highest growth rates in the OECD) is driving an unprecedented level of public investment in economic and social infrastructure worth $AU180 billion over the next four years. The third sector is in the security and defence where unprecedented levels of investment are occurring in Australia. Through its Integrated Plan, the Australian Government is investing over $ 200 billion over the next decade to modernise its defence industry in partnership with several Europe’s largest defence contractors (Crean, 2018).

WHY NEGOTIATE AN FTA WITH EU?

Australia and the EU are natural partners, with a shared commitment to the rule of law, global norms and free and open markets. A strong EU is vital to Australia’s interests in protecting and promoting a ‘rules-based’ international order (DFAT, 2019a). The political agenda underpinning the FTA would be to further promote economic collaborations, prosperity and welfare amongst the two regions. The EU has been Australia’s largest trading partner for the 15th consecutive year. More importantly, as Australia’s economy is transforming from a predominantly resource-and-manufacturing to a more knowledge economy, increasingly, trade in intermediate goods and services is considered relevant for future-oriented FTA negotiations (Suder, 2018).

An FTA between Australia and the EU has the potential to open a market for Australian goods and services of half a billion people and a GDP of US$17.3 trillion. It would also provide Australian exporters with a competitive edge and would give Australian businesses access to a larger export markets in the EU. Access to Europe’s 520 million consumers via an FTA could deliver a windfall of between AU$4.1billion and AU$6.4 billion in GDP for Australia by 2030 (DFAT, 2019a).

While Australia would gain more in ‘direct financial benefit’ than the EU, there are enough advantages in doing a deal to entice European leaders to the negotiating table (DFAT, 2019).  Australia needs the EU as its largest services trade and investment partner while the EU requires Australia to develop a commercial base in Asia and as a reliable energy supplier (Villalta Puig, 2018). There is also broader geopolitical interest with members states of the EU keen to cement their unity in the face of Brexit and resist protectionism (DFAT, 2019). The new era of uncertainty brought about by several socio-political developments, namely Brexit, less predictable governments in the USA and several member states of the EU, is taking place alongside the negotiations of the Australia-EU Free Trade Negotiation (Suder, 2018).

Australia, because of its geographical isolation, small economy, political stability and defence to the USA, has been a low priority for the EU. The approach is different now as the EU seeks to integrate ever more closely with the Asia-Pacific regions it is eager to partner with Australia for its close links with value chains in the region (Villalta Puig, 2018).

From the European Parliament’s perspective, the agreement demonstrates the special value for the EU and Australia, as partners with the same world views, to cooperate bilaterally and multilaterally on regional and global issues to preserve and strengthen a cooperative and ‘rules-based’ global order in a complex and changing world from uncertainty (Yencken, 2018). The Australian Parliament noted that the Framework Agreement consolidates the extent to which Australia has an interest in working with the EU to increase and improve its security, stability, good governance and coordination of development cooperation in the changing strategic landscape in the Indo-Pacific region (Ibid 2018, p.9). The signing of a treaty level Framework Agreement in 2016 and the opening of free trade agreement (FTA) negotiations in 2018 indicates the unparalleled level of cooperation between the European Union (EU) and Australia (Ibid 2018, p.10).

The third round of negotiations on an EU-Australia FTA was held in Canberra on 25-29 March 2019. Both sides continued to work diligently towards the shared goal of delivering ambitious outcome for exporters, small businesses and consumers. The main topics which were covered included, but was not limited to:

A fourth round of negotiations in July 2019 will be held, and there will be intersessional videoconferences on a range of issues before this time (DFAT, 2019b).

19-23 October 2018: Officials from Australia and the European Commission met in Canberra for the second round of negotiations on the EU-Australia Free Trade Agreement. The EU negotiation directives were adopted by the Council of the EU on 22 May 2018 and published on 25 June 2018 (European Commission, 2018a).

2-6 July 2018: Official from EU and Australia met in Brussels for the first round of negotiations for an EU-Australia FTA. EU negotiating team led by Ms Helena Konig, Chief Negotiator and Deputy Director General for Trade of the European Commission, Australian team led by Ms Alison Burrows, Chief Negotiator and First Assistant Secretary at the Australian Department of Foreign Affairs and Trade (European Commission, 2018b).

22 May 2018: Council of the EU opens official negotiations for a free trade agreement.

Delegation of the EU to Australia, 2019. Australia and the EU, accessed 15 February, 2019, <https://eeas.europa.eu/delegations/australia/610/australia-and-eu_en>.

Elijah, A., O’Neil, A. 2018. ‘Australia and EU Trade: Potential and Pitfalls in a Changing Global Context’. In Mascitelli, B., Wilson, B. (Eds.). ‘So Distant, So Close’: Australia and the European Union in the 21st Century. Australian Scholarly, North Melbourne

Yencken, E, 2018. ‘The Framework Agreement:  A Major landmark for EU-Australia relations’, in, The EU and Australia: Towards a New Era, 2018 EU-Australia Leadership Forum, Brussels, Australia Institute of International Affairs. 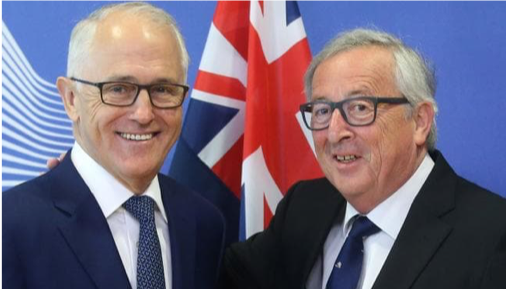