Voting rights for NZ residents in Australia are under review, but not for any other non-citizens

Voting rights for NZ residents in Australia are under review, but not for any other non-citizens

Former Liberal National Party politician George Christensen claims the federal government wants “foreigners to vote in our elections” and that it has initiated a parliamentary inquiry to consider the possibility.

But that's not the whole story.

In August the Labor Government asked the Joint Standing Committee on Electoral Matters (JSCEM) to investigate and report on all aspects of the 2022 federal election — a routine process.

Its terms of reference include considering allowing New Zealand citizens residing in Australia to vote, as well as the potential for “truth in political advertising” laws and reforms to political donation laws, among other issues.

In a Facebook post, Mr Christensen said the most “egregious” element of the inquiry was the consideration of allowing non-Australian citizens to vote.

While he did not name the inquiry, he was presumably referring to the parliamentary committee inquiry as there is no other inquiry into the issues he raised in his post.

Mr Christensen's post was accompanied by an image of a ballot box and a vote being cast with the words: “They want foreigners to vote in our elections!” 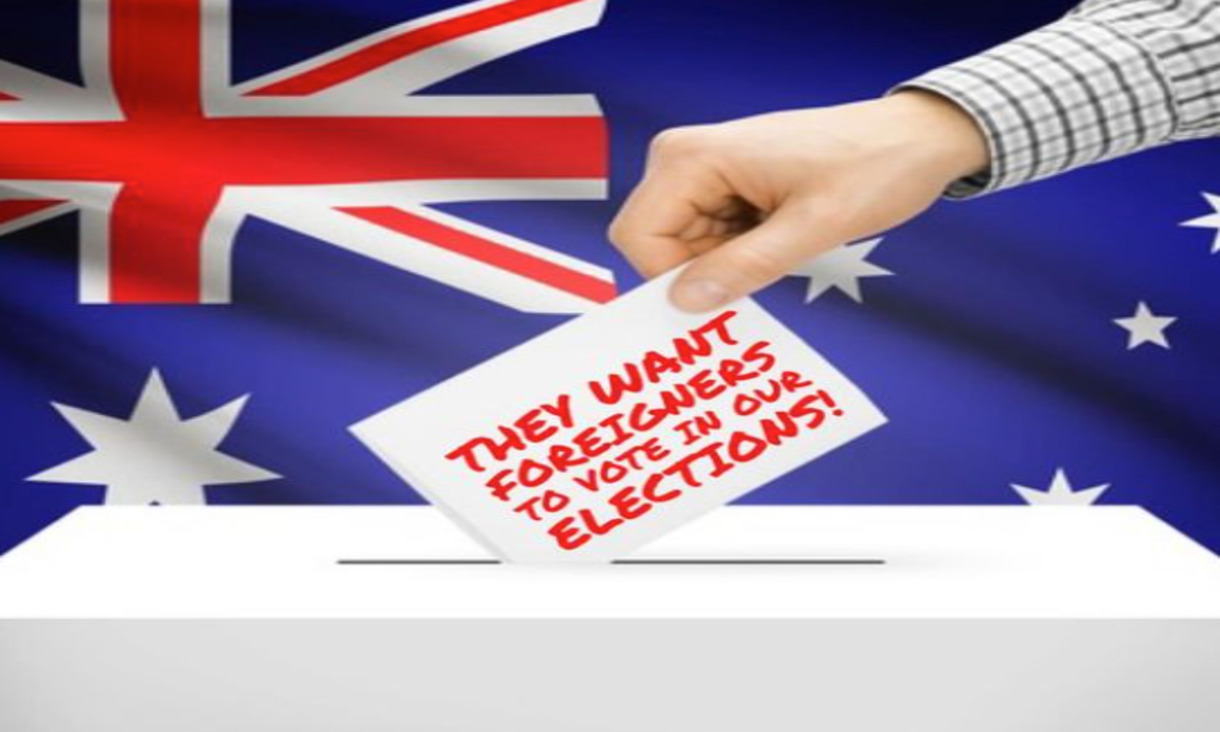 But constitutional law expert Professor Anne Twomey told FactLab some foreigners already vote in Australian federal elections and have done so since federation.

Professor Twomey said that before 1984, people who were classified as British subjects could vote in Australian elections. This included British subjects from the United Kingdom, Canada, New Zealand and other British dominions.

In 1984, this changed with Australian citizenship being required to be enrolled to vote, but Professor Twomey said anyone who was already on the electoral roll at that time was permitted to continue voting.

“There are therefore New Zealanders and others who can still vote in Australia without being Australian citizens,” Professor Twomey said.

Further, she said the inquiry is considering allowing voting rights only to New Zealand citizens residing in Australia, not to non-citizens from other countries.

Professor of Constitutional Law at Monash University, Luke Beck, told RMIT FactLab the inquiry is an investigation into the feasibility of providing these voting rights.

“The constitution says the House of Representatives must be ‘directly chosen by the people of the Commonwealth’," he said, “[the question being] would allowing people who are not Australian citizens to vote be consistent with this constitutional requirement?”

Professor Beck said the inquiry would assist in thinking about this issue of constitutional validity as well as understanding how many New Zealand citizens currently residing in Australia want to vote.

The JSCEM is an all-party committee that has reviewed all federal elections since 1987 when it was established as the successor to the Joint Select Committee on Electoral Reform of 1983.

“Recommendations from any inquiry are completely non-binding” he said. “[They] must pass through the House of Representative and Senate before passing into law.”

Professor Twomey added that the purpose of an inquiry was investigation, allowing the government to gain evidence on a subject from experts and the general public, and prepare a report and make recommendations.

“Just because a committee investigates an issue does not mean it supports it or that the government will support any recommendations made by the committee,” she said.