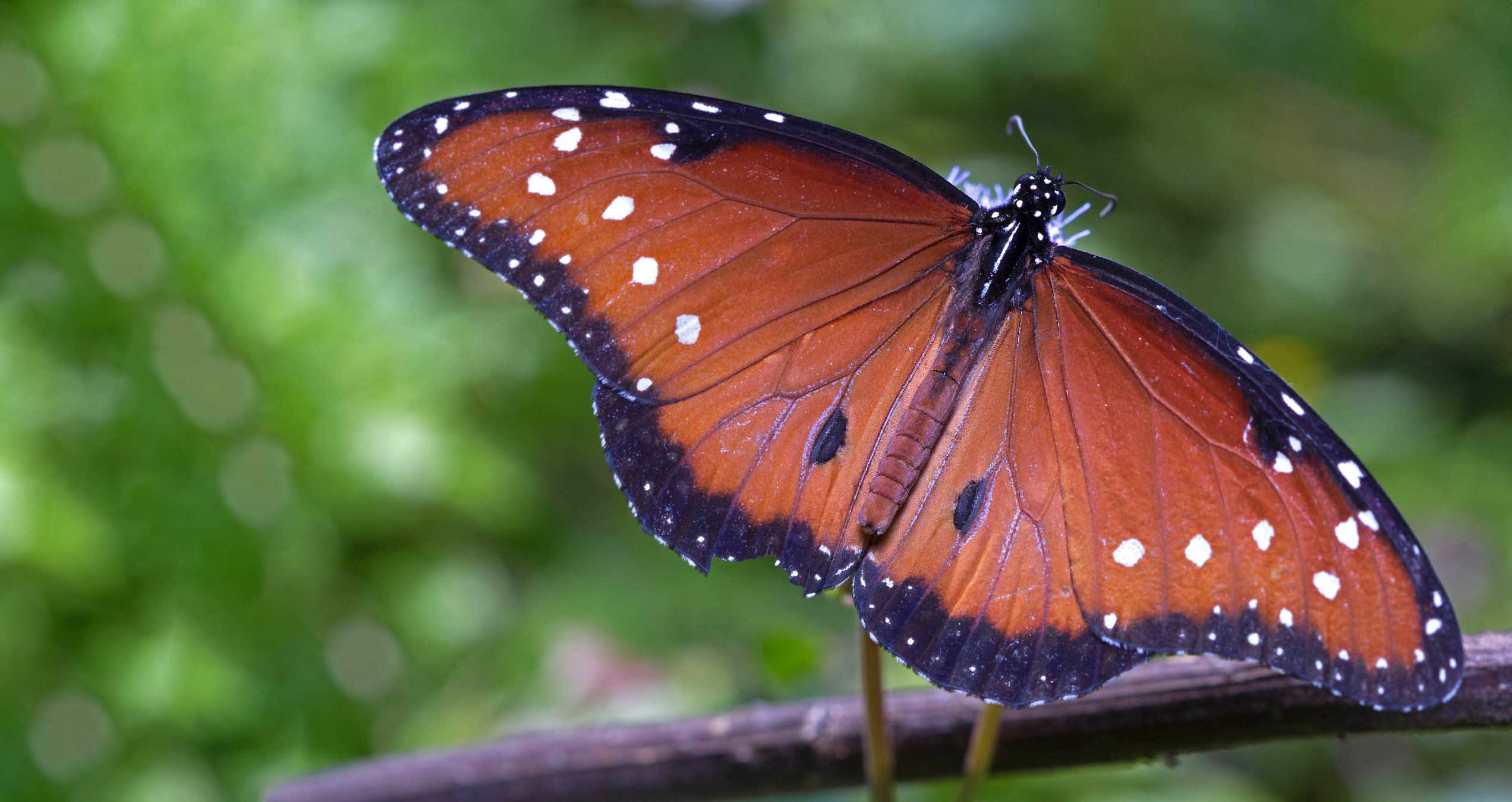 Inspired by the surface of butterfly wings, researchers have developed a light-activated hydrogen sensor that produces ultra-precise results at room temperature.

The technology can detect hydrogen leaks well before they pose safety risks and can measure tiny amounts of the gas on people’s breath, for diagnosing gut disorders.

Commercial hydrogen sensors only work at temperatures of 150C or higher, but the prototype developed by researchers at RMIT University is powered by light instead of heat.

The sensor, based on bumpy microstructures that imitate the surface of butterfly wings, is detailed in a new study published in the journal ACS Sensors.

Co-lead researcher Dr Ylias Sabri said the prototype was scalable, cost-effective and offered a total package of features that could not be matched by any hydrogen sensor currently on the market.

“Some sensors can measure tiny amounts, others can detect larger concentrations; they all need a lot of heat to work,” Sabri said.

“Our hydrogen sensor can do it all - it’s sensitive, selective, works at room temperature and can detect across a full range of levels.”

Co-lead researcher Dr Ahmad Kandjani said the broad detection range made it ideal for both medical use and boosting safety in the emerging hydrogen economy.

“Hydrogen has potential to be the fuel of the future but we know safety fears could affect public confidence in this renewable energy source,” he said.

“By delivering precise and reliable sensing technology that can detect the tiniest of leaks, well before they become dangerous, we hope to contribute to advancing a hydrogen economy that can transform energy supplies around the world.” 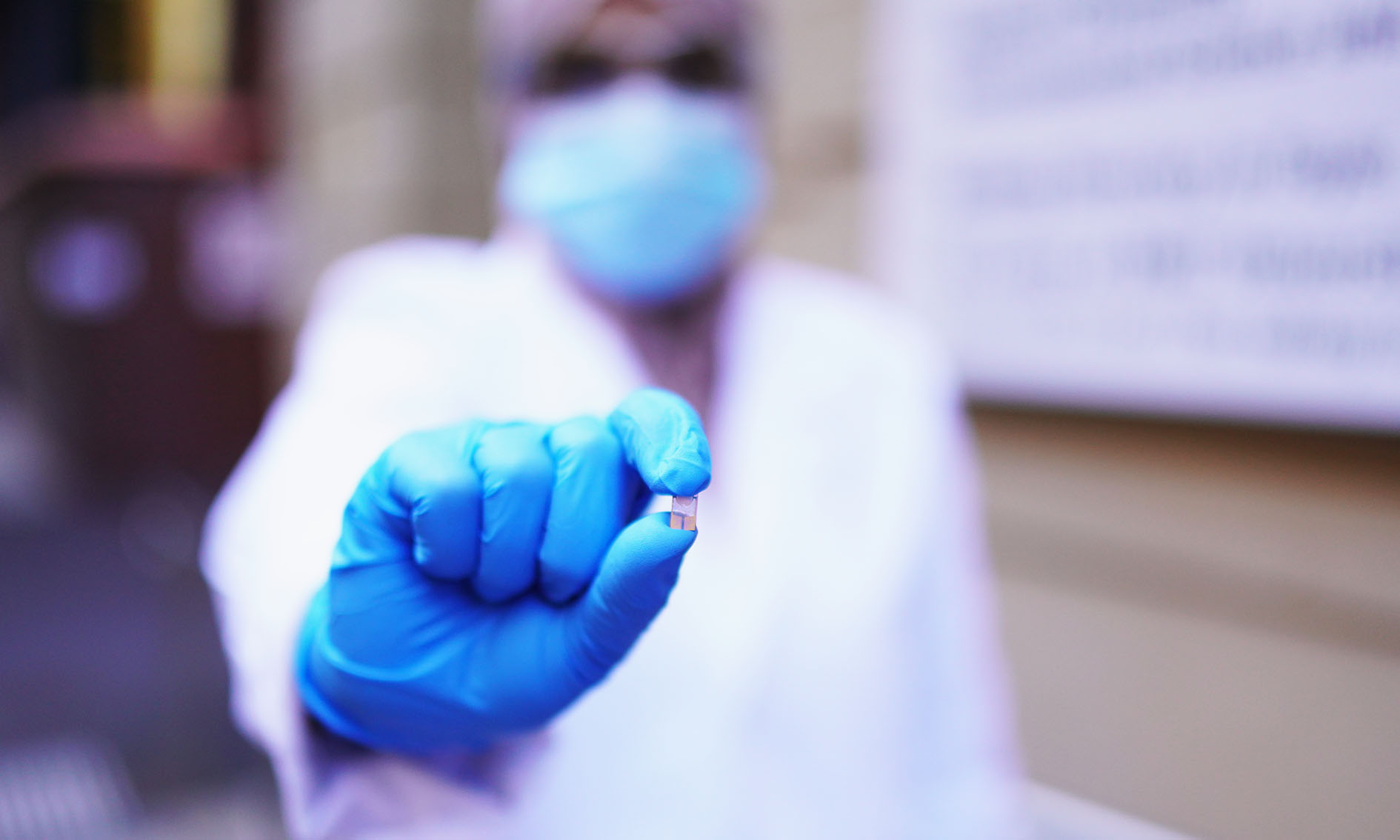 PhD researcher Ebtsam Alenezy holds a prototype of the light-activated hydrogen sensor, which can deliver ultra-precise results at room temperature.

Butterfly bumps: How the sensor works

The innovative core of the new sensor is made up of tiny spheres known as photonic or colloidal crystals.

These hollow shapes, similar to the miniscule bumps found on the surface of butterfly wings, are highly ordered structures that are ultra-efficient at absorbing light.

That efficiency means the new sensor can draw all the energy it needs to operate from a beam of light, rather than from heat.

PhD researcher and first author Ebtsam Alenezy said the room-temperature sensor was safer and cheaper to run, compared to commercial hydrogen sensors that typically operate at 150C to 400C.

“The photonic crystals enable our sensor to be activated by light and they also provide the structural consistency that’s critical for reliable gas sensing,” she said.

“Having a consistent structure, consistent fabrication quality and consistent results are vital – and that’s what nature has delivered for us through these bioinspired shapes.

“The well-developed fabrication process for photonic crystals also means our technology is easily scalable to industrial levels, as hundreds of sensors could be rapidly produced at once.”

To make the sensor, an electronic chip is first covered with a thin layer of photonic crystals and then with a titanium palladium composite.

When hydrogen interacts with the chip, the gas is converted into water. This process creates an electronic current and by measuring the magnitude of the current, the sensor can tell precisely how much hydrogen is present.

Unlike many commercial sensors that struggle in the presence of nitrogen oxide, the new technology is highly selective so it can accurately isolate hydrogen from other gases. 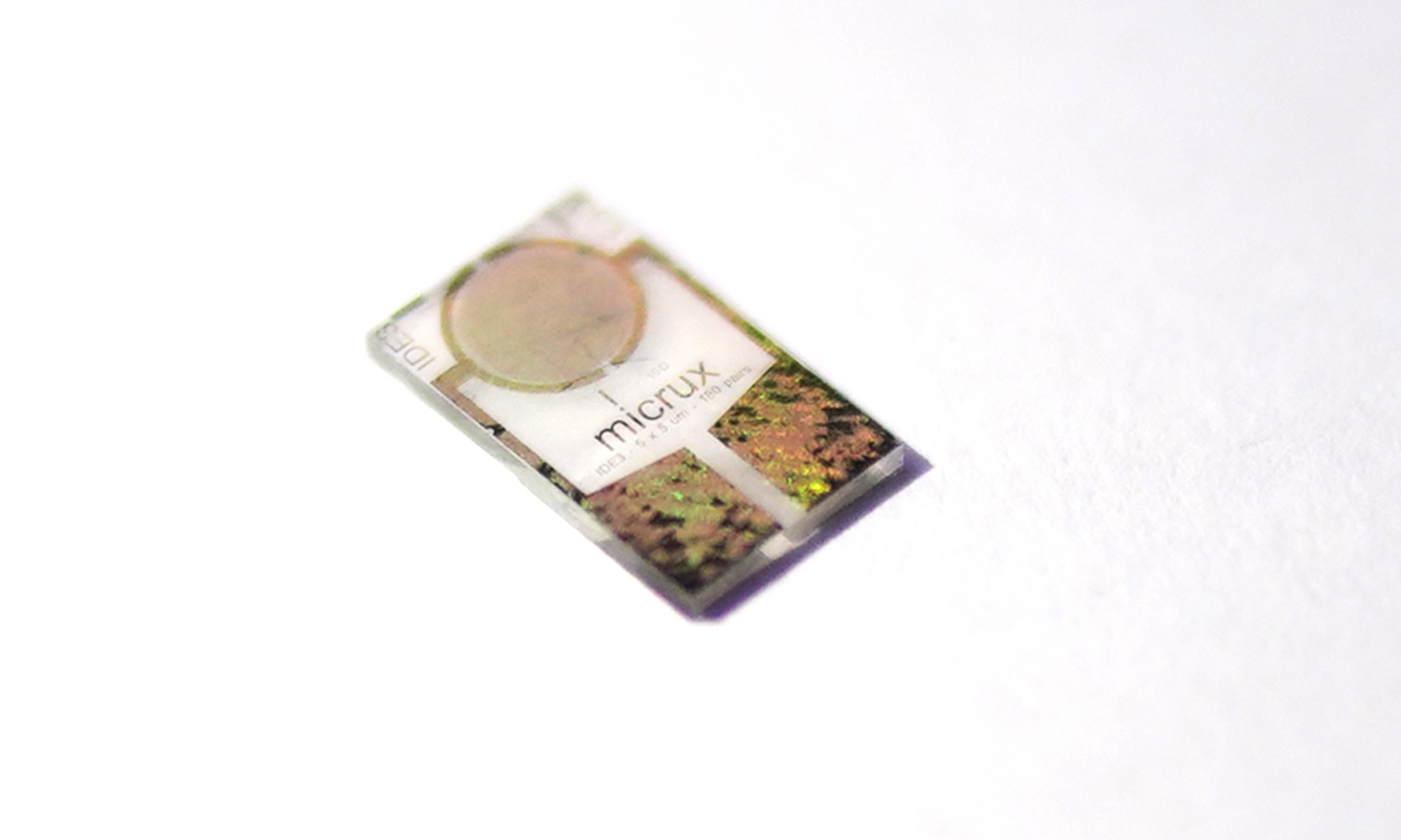 The sensor is made with an electronic chip, which is covered with a thin layer of photonic crystals and then a titanium palladium composite.

With elevated levels of hydrogen known to be connected to gastrointestinal disorders, the technology has strong potential for use in medical diagnosis and monitoring.

Currently, the standard diagnostic approach is through breath samples, which are sent to labs for processing.

Sabri said the new chip could be integrated into a hand-held device to deliver instant results.

“With gut conditions, the difference between healthy levels of hydrogen and unhealthy levels is miniscule – just 10 parts per million - but our sensor can accurately measure such tiny differences,” he said.

A provisional patent application has been filed for the technology and the research team hopes to collaborate with manufacturers of hydrogen sensors, fuel cells, batteries or medical diagnostic companies to commercialise the sensor.

The new study is the culmination of over two decades investigation into gas sensing by researchers in RMIT’s Centre for Advanced Materials and Industrial Chemistry (CAMIC), led by Distinguished Professor Suresh Bhargava. 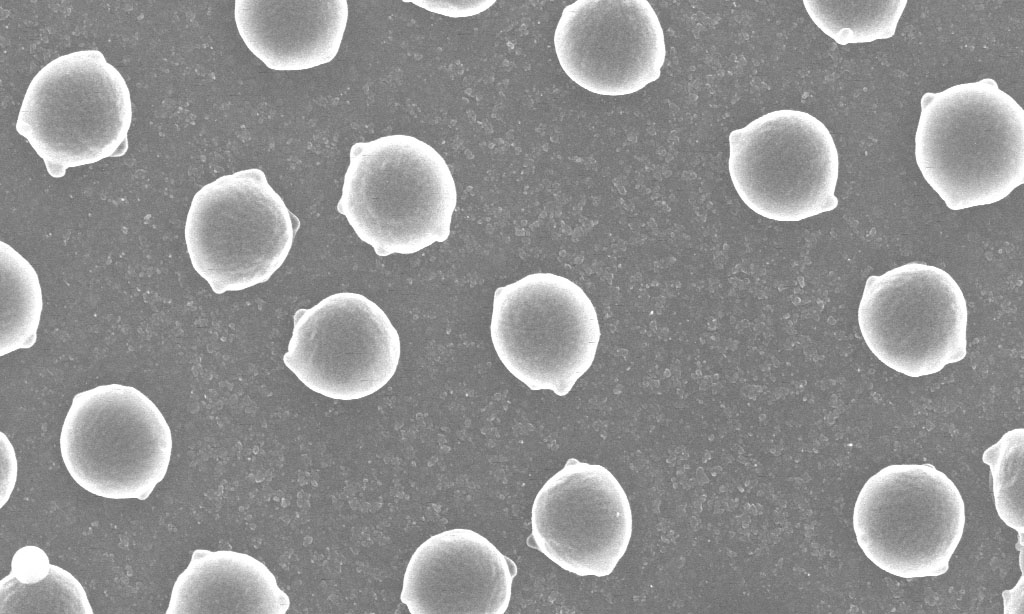 These tiny hollow spheres known as photonic crystals, inspired by the bumpy surface of butterfly wings, are the innovative core of the new hydrogen sensor. Image magnified 40,000 times.