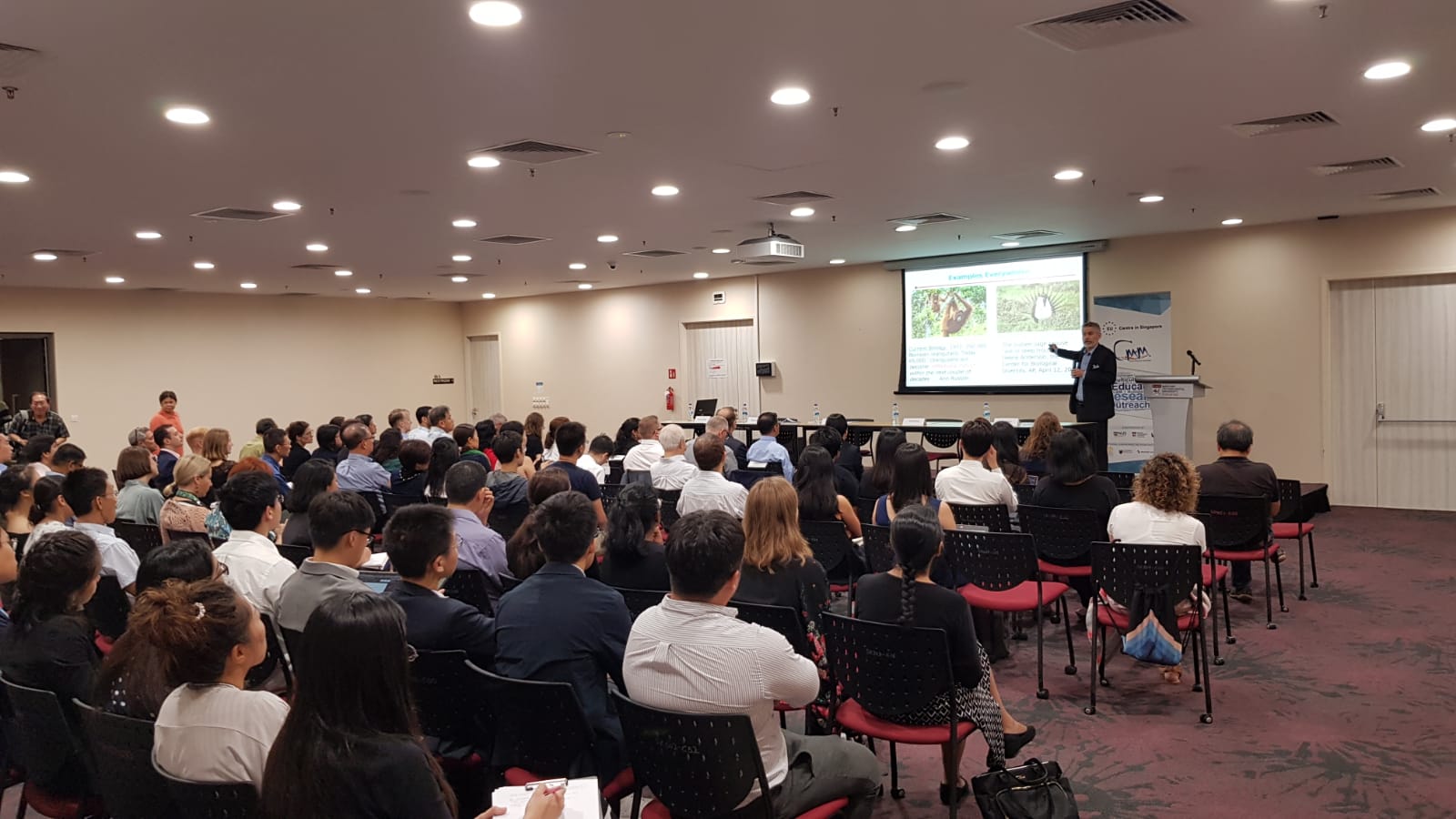 The Jean Monnet Sustainable Development Goals Network at the European Union Centre of Excellence and Social and Global Studies Centre is delighted to invite you to a public lecture by Professor Ben Cashore (Yale/NUS) titled "Overcoming the Tragedy of the Good Governance Norm Complex: Towards Effective Implementation of the Global Sustainable Development Agenda."

The puzzle
An enduring conundrum faces problem focused global sustainable development oriented scholars. Despite a plethora of policy innovations since the 1992 Rio Earth Summit that engage market mechanisms, the private sector, and civil society the state of the planet’s environment is rapidly deteriorating. From the climate crisis that threatens unparalleled catastrophic ecological impacts, to ongoing rapid extinctions of flora and fauna around the word, in large part owing to forest biodiversity loss, to ocean degradation, the overwhelming amount of scientific evidence tells us that humans are not doing enough, at almost any scale, to significantly dent these ecological crises. These effects in turn, have profoundly impacted the livelihoods and cultures of local resource dependent peoples. However, at the same time, the world has never seen such an impressive scale of sustainable development policy experimentation and instruments from which to choose.

The explanation: The causal influence of a “good governance” norm complex
I explore whether a “good governance norm complex” might explain these countervailing trends between deteriorating problems and proliferation of governance and policy innovations. I posit that a good governance norm complex does seem to permeate most global sustainable development initiatives (Cashore and Nathan 2019), in which a range of procedural goals, such as transparency, inclusion, and balance, and substantive outcomes such as livelihoods, environment and economic growth as viewed as synergistic with each other (Cashore 2019 In Progress). The norm complex is so strong that evidence of inverse impacts is treated as a policy design challenge rather than confronting the inherent paradox of the norm complex itself. The result is either a modification of the original experiment, and/or the creation of new initiatives deemed to have been “better designed” than the previous ones. I argue that more work must be undertaken to explain and understand the norm complex if its unintended effects are to be avoided. This is particularly important if specific problems championed by the UN Sustainable Development Goals (SDGs), themselves the product of “better designed” Millennium Development Goals (MDGs), are to effectively implemented. The solution: explicit problem conceptions I argue that the first corrective to overcoming the tragedy of the good governance norm complex is to render explicit four 4 different problem conceptualizations that are largely hidden or implicit in sustainable development implementation efforts: Type 1 win/win collective action such as “tragedies of the commons”; Type 2 win/lose optimization that prioritizes utility as a moral philosophy; Type 3 win/lose compromise orientations in which tradeoffs are internalized, and Type 4 win/lose prioritization in which, to be solved, the specific problem in question must be given priority over others (Cashore and Bernstein 2018).

About the speaker
Benjamin Cashore is Professor of Environmental Governance and Political Science at Yale University’s School of Forestry and Environmental Studies and Visiting Li Ka Shing Professor of Public Management at Lee Kuan Yew School of Public Policy, National University of Singapore. He is courtesy joint appointed in Yale’s Department of Political Science and is a Senior Research Fellow, Yale MacMillan Center for International and Area Studies. He is Director of the Governance, Environment and Markets (GEM) Initiative at Yale and is the former Joseph C. Fox Faculty Director of the Yale International Fox Fellows Program.

Cashore’s major research interests include transnational business regulation; non-state market driven (NSMD) global governance, corporate social responsibility, the emergence of domestic and international regulatory policies; and the role of firms, non-state actors, civil society in shaping these trends. His ongoing research efforts are focused on understanding how the interaction of multiple -levels of governance, public and private, might evolve, in the global era, to produce durable global environmental governance and sustainability solutions. He pursues this approach through thematic efforts: policy change and policy learning; intervening to address “super wicked” problems; and the influence of globalization and internationalization on domestic policy processes. His substantive research interests include climate policy, land use change, and sustainable forest management/deforestation.

All information on the event can be found here.