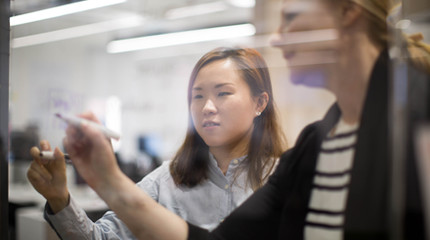 Not only did she launch STEM Hub during her time at Activator, but in 2018, STEM Hub also became RMIT’s School of Science primary external provider of internships. It gets better. As a result of taking part in the first ever startup cohort at the Activator (previously known as Residency) STEM Hub has been successful in partnering with one of Melbourne’s most prestigious girl schools, Melbourne Girls Grammar School; in a joint effort we ran the MGGS hosted STEM Curriculum Hack which was attended by 12 private, government and Catholic schools and 11 industry partners.

Late last year STEM Hub received the great honour of being selected to pitch at the 2018 Pitch@Palace 2.0 event which provided us with invaluable networking opportunities; we were approached by delegates from Telstra, Australian Grand Prix (AGP), REA Group, and KPMG to collaborate on STEM-related initiatives.

More recently STEM Hub has worked closely with Australian Grand Prix Corporation to produce a STEM-based educational booklet for Year’s 6 to 8, named The Science of F1 – a booklet given to hundreds of school students who attended the 2019 Formula 1 Rolex Australian Grand Prix. We are now in planning stages with the AGP to produce our second educational resource. STEM Hub have partnered with Roamni, and will be doing a second print run of The Science of F1 booklet to include QR codes allowing readers to also have audio information. During our presence at the Formula 1 Rolex Australian Grand Prix we successfully secured future STEM-related work with the RAAF, and BAE Systems. STEM Hub have been invited to keynote speak at the Sydney and Melbourne 2019 Advancing STEM Education Roadshow hosted by Criterion Conferences.

Later this year, we’ll be working closely with MGGS on a number of exciting programs, with RMIT’s School of Engineering, and we’ll also be unveiling our brand new platform.

All this has been possible because of RMIT Activator. STEM Hub’s affiliation with an outstanding program such as this has provided us with means to open doors that would otherwise be closed.