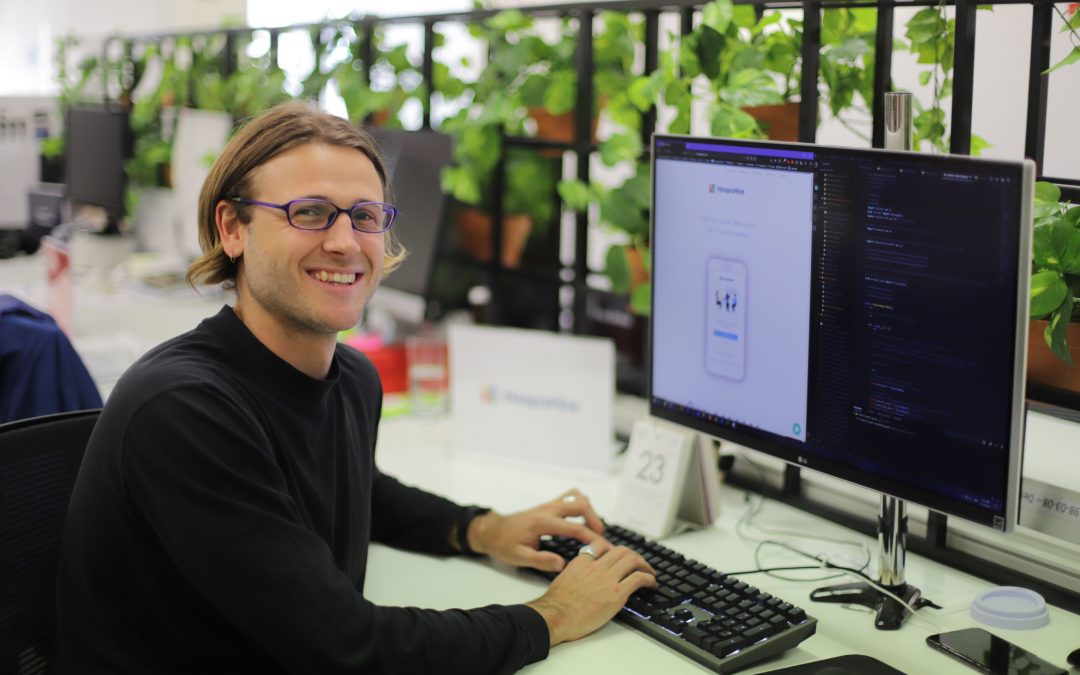 In his 10 years working in hospitality, Tom McAll noticed how time-consuming it was to hire a new employee. Much to the frustration of employers, it was common for them to conduct job interviews over a few days’ time only to hire a handful of people.

“Within minutes, the general manager of the venue would often know if [the candidates] would suit the role that they are applying for,” Tom explained. “But any recruiter knows you can’t stop an interview within two minutes, you have to interview them for about half-an-hour.”

In addition, establishments often recruit frequently due to incompetent hirees and poor retention – it is common for job seekers in hospitality to lie in their resume.

There was no way to get an accurate snapshot of people’s skills and talents – so Tom created HospoHire.

HospoHire is a pre-screening tool tailormade for the hospitality industry. Designed to streamline their hiring process, applicants undergo skills assessment to help venues make an informed decision on who to hire.

The business idea came to Tom McAll while taking pre-screening tests for graduate positions at financial institutions like PwC, Deloitte and KPMG. Tom decided this was the model the hospitality industry needed to thin out the applicant pool before conducting face-to-face interviews.

Unlike his peers, Tom stopped pursuing those graduate roles and took the risk of his lifetime by devoting himself to building HospoHire.

HospoHire is Tom’s one-man show. From overseeing the software development in Vietnam to handling the finances, graphic design, marketing and legalities, he takes centre stage in synchronising every aspect of his business.

However, Tom would never claim to have done it alone.

“Anyone I knew in the hospitality industry, I reached out to them”, said Tom.

In fact, gratuitous advice has helped HospoHire in more ways than one. From building algorithms to brainstorming business ideas, it goes to show that two heads are better than one.

"You think you spend 18 months [on this business], you’ve heard it all,” he said. “But no, definitely talk to everyone. Never stop talking to everyone."

As an RMIT LaunchHub participant, Tom also benefitted from the training that has taught him how to build a startup his own way.

“The principle at Activator is that they’ll give you a style guide, which helps you create your own guide,” he said.

The support also comes in handy when the going gets tough. Validation, as Tom found out, is especially important for motivating a startup past its infancy.

“The whole process can be a bit disheartening,” Tom admitted. “When [you’re starting out], you obviously get a whole bunch of validation which prompts you, but in a few [years’ time], especially when the development is offshore like what I was doing, you’re not getting any validation.”

"You really take the wins that you get. Little things like doing a piece of work and having it exceed your expectations."

Despite the reality checks, Tom remains hell-bent on making it work. He draws inspiration from American business magnate Phil Knight whose memoir Shoe Dog details the agonising pitfalls of building his sportswear empire.

“[Many people] think they want to get into a startup,” he mused. “Like Zuckerberg who created Facebook and became a multimillionaire in a few years. Or they think they’ll wait two to three years and just sell [the business].”

“But interestingly, it took Phil Knight 17 years before he could pay himself a proper wage. It wasn’t an in–and-out type of thing. It showed me how difficult it was to become a successful business person. They literally have been grinding on this thing for years and years and years.”

"There is a common misconception that you can just start a business like that. I may have set myself up for a career."

Tom has big plans for HospoHire. In fact, the current business is just the tip of the iceberg.

“The initial idea was a Tripadvisor and HR system rolled into one,” he explained. “It was absurdly big.”

“We still have that in the pipework for the future, but at the moment let’s get one part of the system right.”

At the end of the day, underneath his grand plans, Tom is driven by one consistent factor – his mother.

“The reason that I do all this stuff is for her,” he said. “Maybe one day i’ll be able to take her to dinner at nice restaurants”

Something tells us that Mama will have a good life ahead.