Three students have been selected as emerging writer fellows to take part in a collaborative residency in Indonesia. 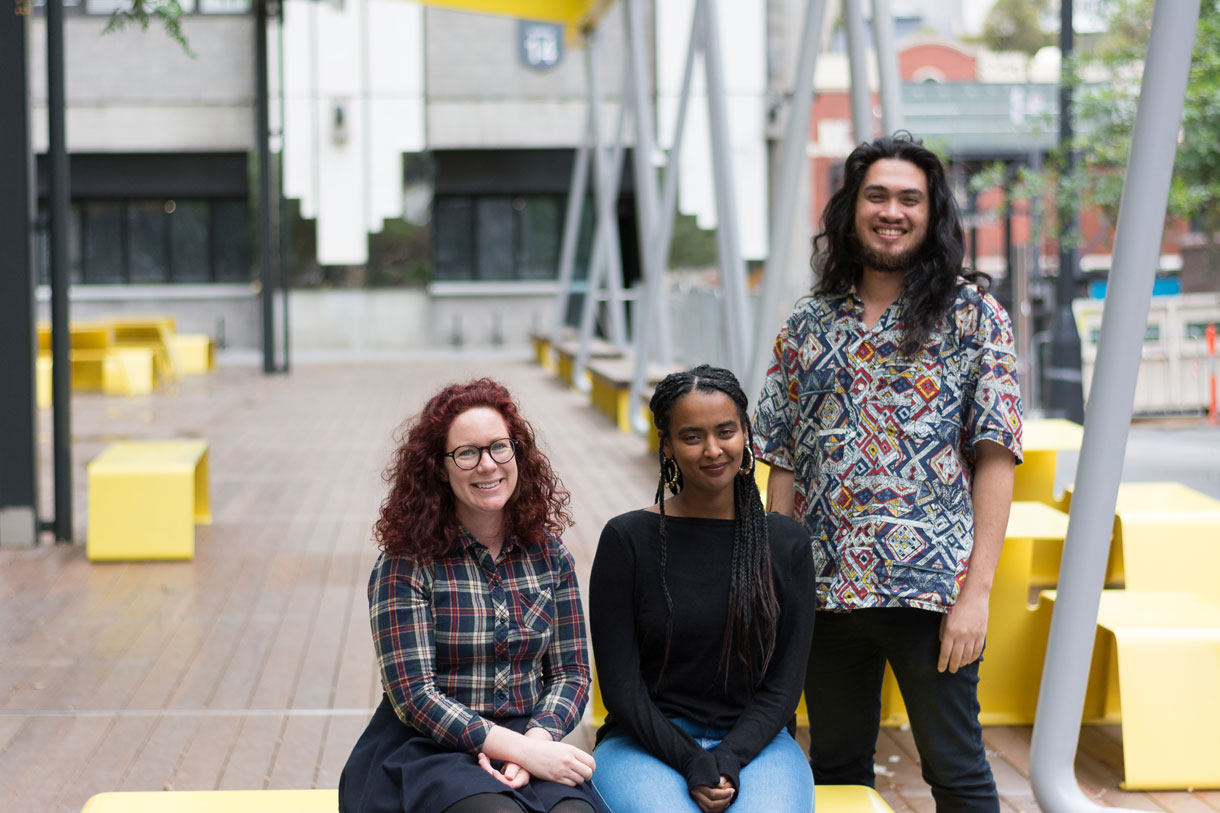 Students selected for 2018 are Fiona Murphy and Andy Butler in the Associate Degree in Professional Writing and Editing and Saaro Umar in the Bachelor of Arts (Creative Writing).

in May, the fellows will take part in a 10-day intensive workshop in Jakarta and Yogyakarta with established and early career writers from across the Asia-Pacific.

They will also be involved in WrICE activities during the 2018 Melbourne Writers Festival in August.

RMIT's WrICE program aims to raise the professional profile of writers across the Asia-Pacific region and is an initiative of nonfictionLab, with support from The Copyright Agency.

Else Fitzgerald, a student in the Bachelor of Arts (Creative Writing) and a 2017 WrICE fellow who travelled to The Philippines, said the experience made her feel connected to a community of writers.

“The project I've been working on over the past year explores landscapes and how they will change and shift, moving into a future affected by climate change, and it has been so humbling and eye-opening to spend time with writers from different countries and cultures and backgrounds, hearing their perspectives on the world we share,” she said.

“The legacy of WrICE for me is this sense of connectedness, of commonality, of community stretching beyond the typical borders – spending time with the other WrICE writers changed me and helped me grow as a writer and a person, and I will forever be grateful for their generosity and openness.”

Fitzgerald’s story Sheen was awarded second place in the Margaret River Short Story competition and was published in Joiner Bay & other stories.

Susan Thatcher, who is studying the Associate Degree in Professional Writing and Editing, and was also a fellow in 2017, said WrICE has been an exhilarating ride.

“In my year as an emerging fellow, I've experienced many career firsts: first international residency, first international reading, first time participating in the Melbourne Writers Festival, and most significantly, first opportunity to work with writers whose primary language isn't English,” she said.

“Language carries responsibility. That is the most important thing I've learned.”

Following the WrICE residency, Thatcher has continued to work on her debut novel Gardens of Stone, with the manuscript shortlisted for the 2016 Richell Prize for an Emerging Writer.

The third 2017 emerging WrICE fellow, Jennifer Porter, said workshopping alongside established and emerging writers was particularly useful to get insights about work habits, and the practicalities of being a career writer.

“All the writers there, both my fellow students and established writers, were writing at a high level so that feedback was consistently insightful,” she said.

Porter has won the Tasmanian Writers’ Prize for her short story, The Reverend, written on the WrICE residency, and it was published in the Tasmania 40°South magazine.

She was also shortlisted for the Alan Marshall Short Story Award.