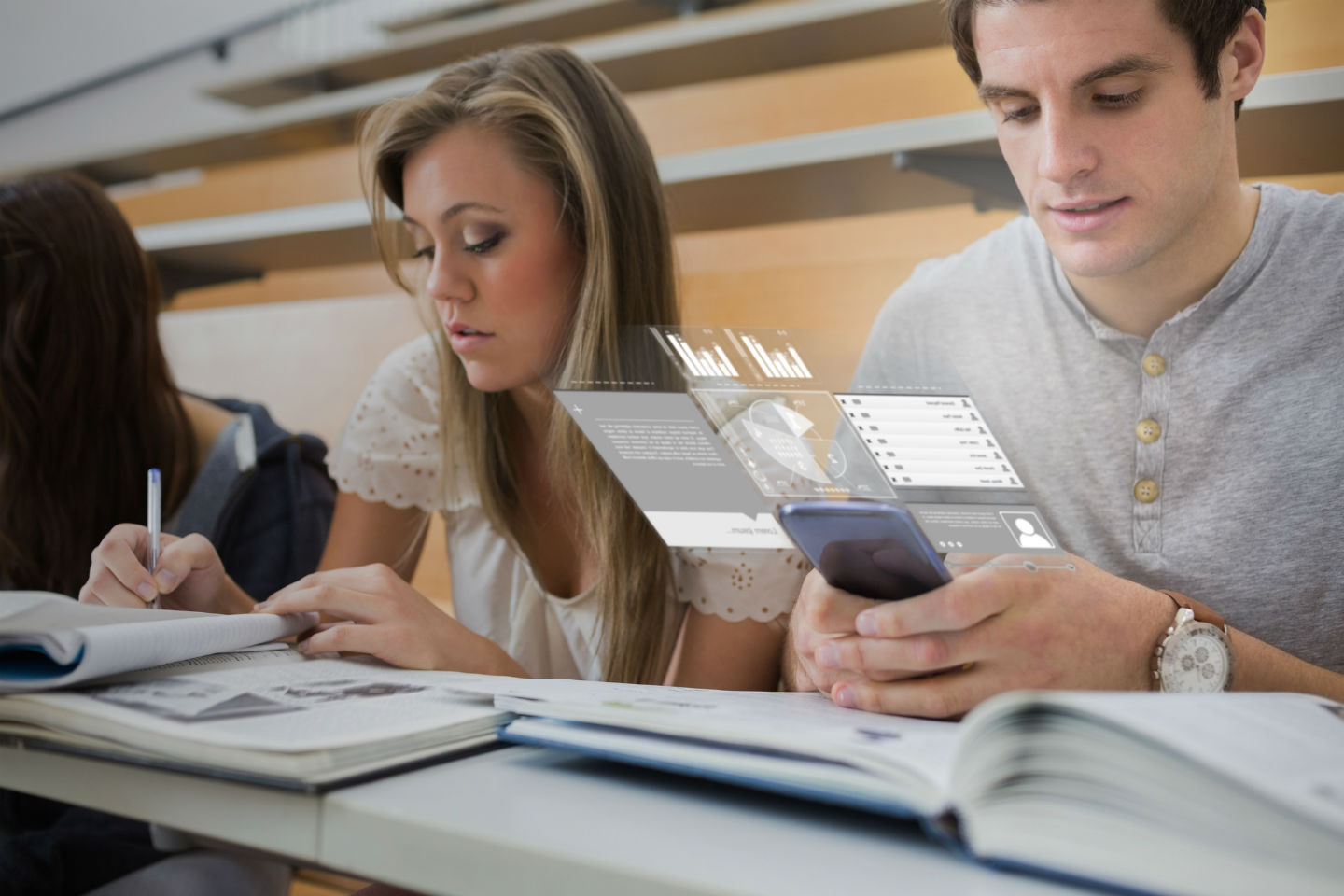 An Australian-Chinese research team has created the world’s thinnest hologram, paving the way towards the integration of 3D holography into everyday electronics like smart phones, computers and TVs.

Interactive 3D holograms are a staple of science fiction – from Star Wars to Avatar­­ – but the challenge for scientists trying to turn them into reality is developing holograms that are thin enough to work with modern electronics.

Now a pioneering team led by RMIT University’s Distinguished Professor Min Gu has designed a nano-hologram that is simple to make, can be seen without 3D goggles and is 1000 times thinner than a human hair.

“Conventional computer-generated holograms are too big for electronic devices but our ultrathin hologram overcomes those size barriers,” Gu said.

“Our nano-hologram is also fabricated using a simple and fast direct laser writing system, which makes our design suitable for large-scale uses and mass manufacture.

“Integrating holography into everyday electronics would make screen size irrelevant – a pop-up 3D hologram can display a wealth of data that doesn’t neatly fit on a phone or watch.

"From medical diagnostics to education, data storage, defence and cyber security, 3D holography has the potential to transform a range of industries and this research brings that revolution one critical step closer.”

Conventional holograms modulate the phase of light to give the illusion of three-dimensional depth. But to generate enough phase shifts, those holograms need to be at the thickness of optical wavelengths.

The topological insulator thin film acts as an intrinsic optical resonant cavity, which can enhance the phase shifts for holographic imaging.

Dr Zengji Yue, who co-authored the paper with BIT’s Gaolei Xue, said: “The next stage for this research will be developing a rigid thin film that could be laid onto an LCD screen to enable 3D holographic display.

“This involves shrinking our nano-hologram’s pixel size, making it at least 10 times smaller.

“But beyond that, we are looking to create flexible and elastic thin films that could be used on a whole range of surfaces, opening up the horizons of holographic applications.”

The research has been published in the journal Nature Communications (DOI 10.1038/NCOMMS15354).