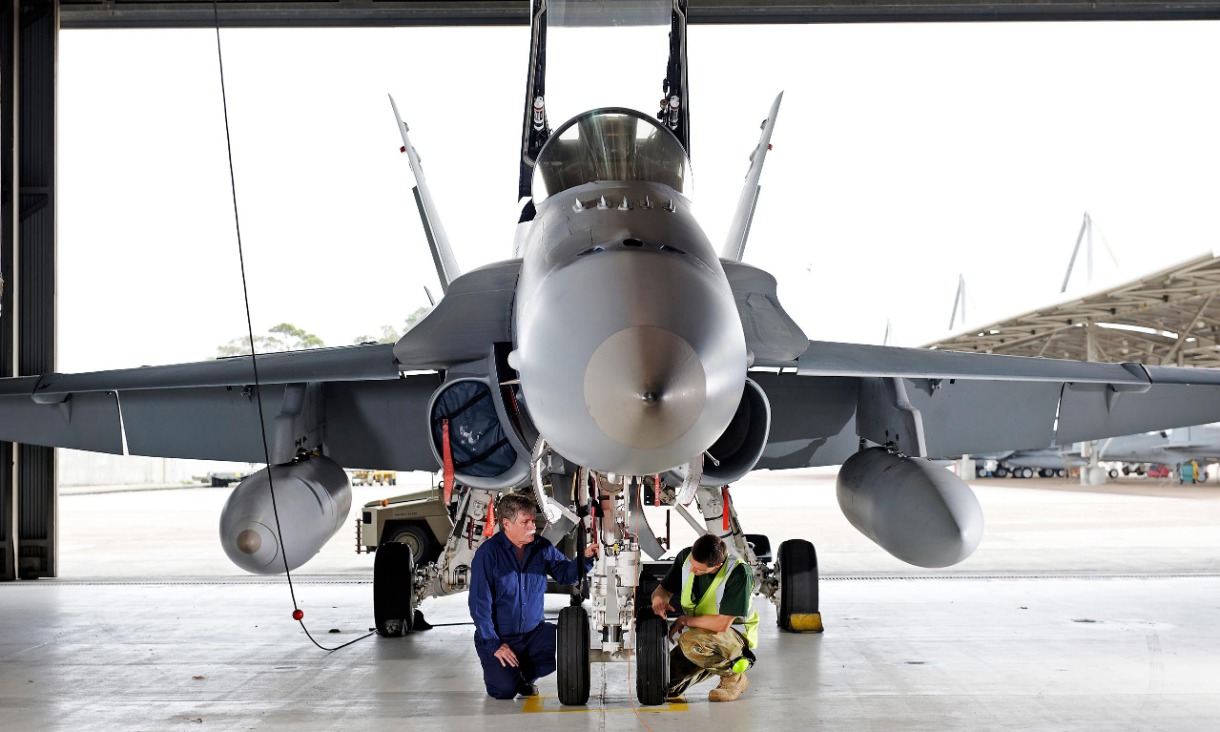 It works by feeding metal powder into a laser beam, which is scanned across a surface to add new material in a precise, web-like formation.

It can be used to 3D print parts from scratch or to fix existing parts with a bond that is as strong as, or in some cases stronger, than the original.

“It’s basically a very high-tech welding process where we make or rebuild metal parts layer by layer,” explains Brandt, who says the concept is proven and prospects for its successful development are extremely positive.

Head of Research and Technology at RUAG Australia, Neil Matthews, says the technology could completely transform the concept of warehousing and transporting for defence and other industries.

Currently, replacement parts require storage before being transported to where they’re needed, but this technology means parts could just be built or repaired onsite.

“Instead of waiting for spare parts to arrive from a warehouse, an effective solution will now be on-site,” says Matthews.

“For defence forces this means less downtime for repairs and a dramatic increase in the availability and readiness of aircraft.”

The technology will apply to existing legacy aircraft as well as the new F35 fleet.

The move to locally printed components is expected to save money on maintenance and spare part purchasing, scrap metal management, warehousing and shipping costs.

An independent review, commissioned by BAE Systems, estimated the cost of replacing damaged aircraft parts to be more than $230 million a year for the Australian Air Force.

CEO and Managing Director of the IMCRC, David Chuter, believes the technology also has applications in many other industries.

“The project’s benefits to Australian industry are significant,” says Chuter. “Although the current project focuses on military aircraft, it is potentially transferable to civil aircraft, marine, rail, mining, oil and gas industries."

"In fact, this could potentially be applied in any industry where metal degradation or remanufacture of parts is an issue.”

The two-year project is the latest in a series of collaborations over the past decade between RUAG Australia and Brandt, who is Director of RMIT’s Centre for Additive Manufacturing and a leading expert in the field.

“As the leading Australian research organisation in this technology, we are confident of being able to deliver a cost-effective solution that fulfils a real need for defence and other industries,” says Brandt.