Thanks to an exciting new partnership with ACMI, the Capitol Theatre will soon re-take its place at the centre of Melbourne’s vibrant cultural scene. 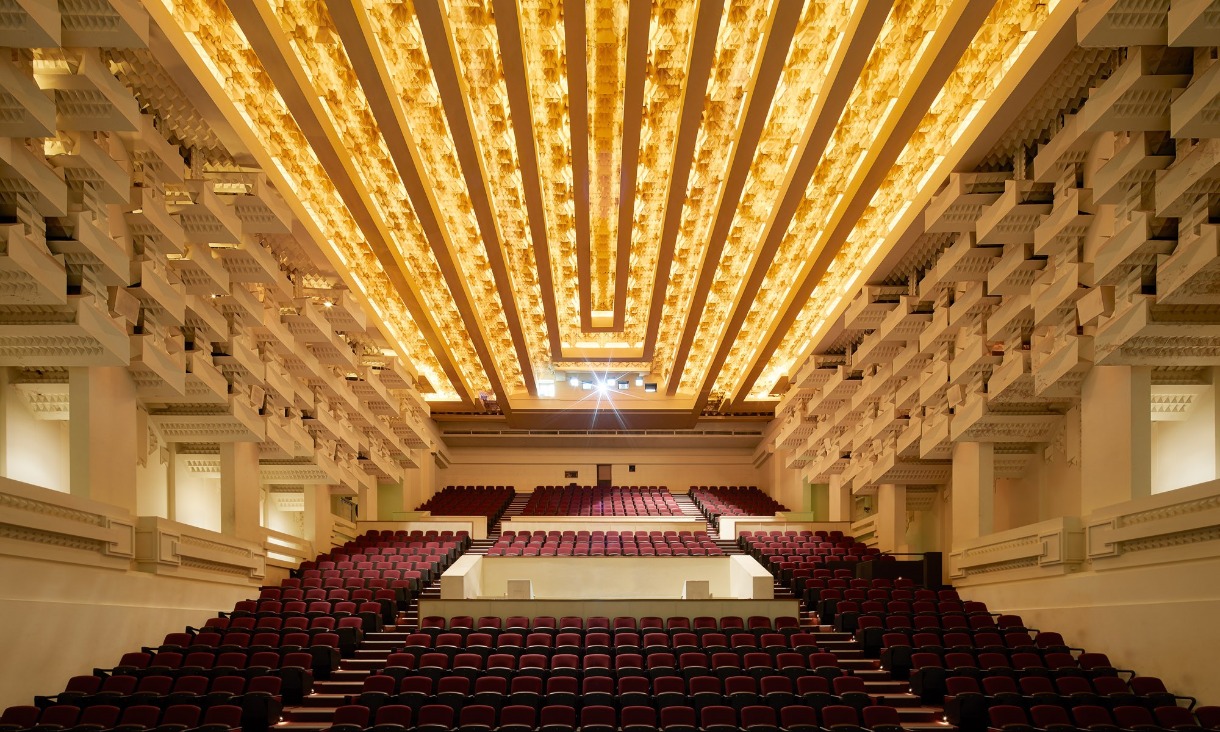 The Capitol Theatre will be restored to its former glory. Photo: Tatjana Plitt

Once the city’s hub for a thriving entertainment and arts scene, for decades the Capitol Theatre has remained a treasured Melbourne landmark, under the recent stewardship of RMIT.

With a vision to reactivate the Capitol Theatre and transform it for future generations, RMIT’s new partnership with ACMI is expected to make that vision a reality.

It is estimated that the renewed Capitol Theatre will host more than 500 events and see more than 100,000 visitors through its doors each year

ACMI will partner with RMIT for one year while the museum’s doors are closed for a transformational renewal from mid-2019 to mid-2020.

The Capitol will be run by ACMI staff to host the vibrant range of film festivals housed at ACMI over the year including Melbourne Queer Film Festival, Melbourne International Film Festival (MIFF), Human Rights Arts and Film Festival and The Japanese Film Festival Australia and many more.

RMIT Pro Vice-Chancellor and Vice-President Professor Paul Gough said that through the Capitol Theatre, the University was seeking to celebrate Melbourne’s past, while looking to the future of creative industries.

“By transforming this beloved landmark and partnering with ACMI, we’re creating a space not just for RMIT students and staff, but for the wider Melbourne community,” he said.

“We’re creating a cultural and educational destination - a thriving centre where the creative community can interact, connect and collaborate"

Director and CEO, Katrina Sedgwick, said the partnership will ensure visitors can continue to enjoy ACMI’s vast events and festival line-up while the museum’s doors are closed for a transformational renewal from mid-2019 to mid-2020.

“ACMI is undergoing a major revitalisation of its Federation Square site, transforming the museum into one of the world’s leading public institutions for screen culture and innovation to serve an audience of industry, education and the public.

Beyond ACMI planned events, the Capitol Theatre will also be used as a research and innovation hub for education and industry.

The new partnership is set to create further opportunities for students and staff at RMIT, from co-designed research and mentoring programs, through to internships, paid employment and volunteering positions.

“We’re embedding creative industries directly into RMIT and by doing that, we are able to provide unique student and staff experiences that they won’t find anywhere else,” Gough said.

In an exciting first, the Capitol Theatre will also be directly connected to the media precinct within RMIT’s award-winning New Academic Street, enabling the delivery of innovative and connected learning experiences for RMIT students across digital media, virtual reality (VR), augmented reality (AR), film and animation.

“Our students will be able to connect and collaborate with real industry partners and the professional creative community without even having to leave campus. That is quite extraordinary, and unparalleled in the sector.”

The Capitol Theatre is already backed by a number of highly regarded names in the film and television industry including Producer of Chariots of Fire, Lord David Puttnam; Producer of The Dressmaker, Sue Maslin; and animation writer, director and producer, Adam Elliot.

With a proud and award-winning history of architectural innovation and restoration of heritage buildings, RMIT expects the revitalised Capitol Theatre to sit at the centre of Melbourne’s cultural spine which runs from the St Kilda Road Arts Precinct, to the Ian Potter Museum in Carlton.

Described by Robin Boyd, renowned Australian architect and RMIT alumnus as “the best cinema that was ever built or is ever likely to be built”, the Capitol Theatre is a unique and extraordinary example of architecture and is one of the few cinemas remaining in Australia to retain both 35mm and 70mm film projection.

The iconic Capitol Theatre wll reopen its doors in 2019.