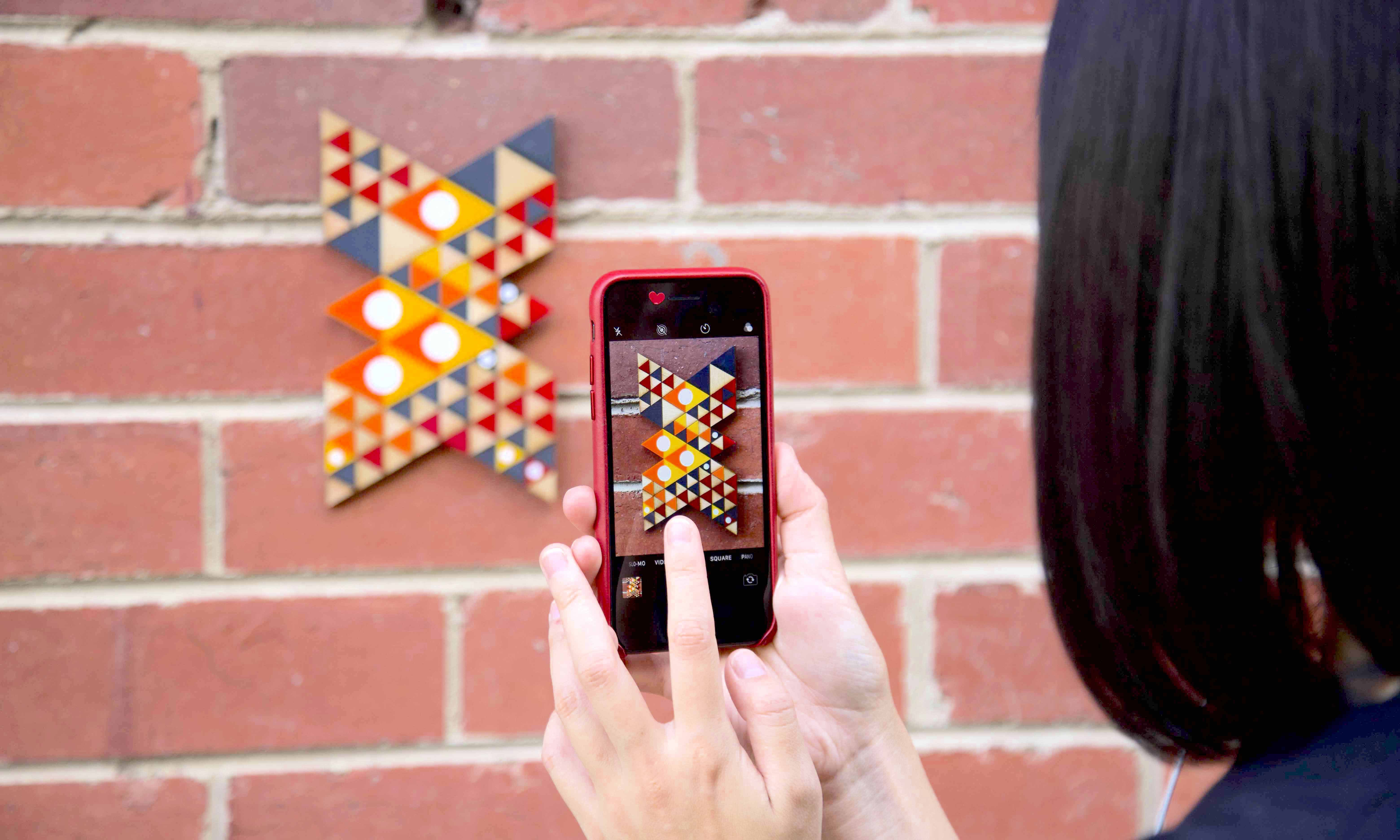 An interactive app and audio-walk is revealing RMIT’s hidden history, inviting listeners to reimagine the City campus through Indigenous stories of land, river and sky.

The narrated audio-walk, accessed via the TIMeR app, prompts users to scan geometric tags around the campus and hear local Indigenous stories.

Briggs is recognised as a keeper of the history and genealogies of her people and is committed to recording her Boonwurrung language in oral and written form.

TIMeR is the first in a series of projects exploring stories of place grounded in Indigenous knowledge and developed in collaboration with RMIT’s Ngarara Willim Centre.

Games researcher and project co-lead Dr Hugh Davies hopes to soon expand the number of sites featured in the app across Melbourne’s CBD, offering a new way of exploring the city to both locals and visitors.

“Many Australians aren’t familiar with Indigenous stories and histories, even those from the places where they live and work,” Davies says.

“We hope TIMeR makes this information accessible in a new and engaging way for anyone who is curious about our local Indigenous history.” 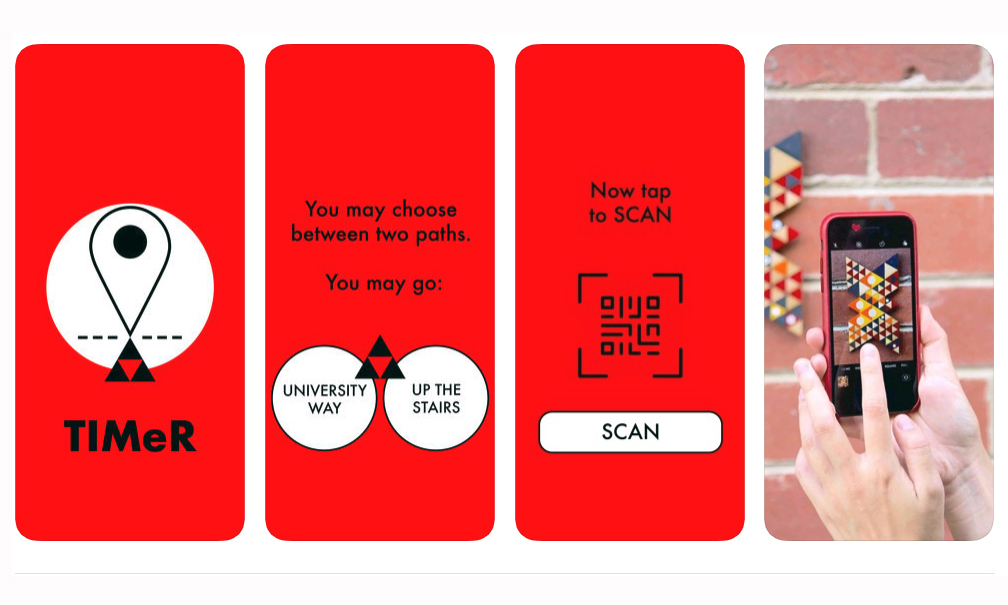 Screenshots from the TIMeR app.

Davies worked with RMIT colleagues Associate Professor Olivia Guntarik and Dr Troy Innocent on the project, which was launched at the City campus in February this year.

He says TIMeR looks at how traditional and alternate knowledges of space can be communicated through pervasive games.

“The rise of pervasive games, peaking with 2016’s Pokémon Go, has raised questions around the understanding, use and ownership of public space,” he says.

“We’re exploring how pervasive games can respond to local, regional, and historic notions of place and how Indigenous understandings can be incorporated into these experiences.”

Download the TIMeR app for mobile and start your own campus tour. 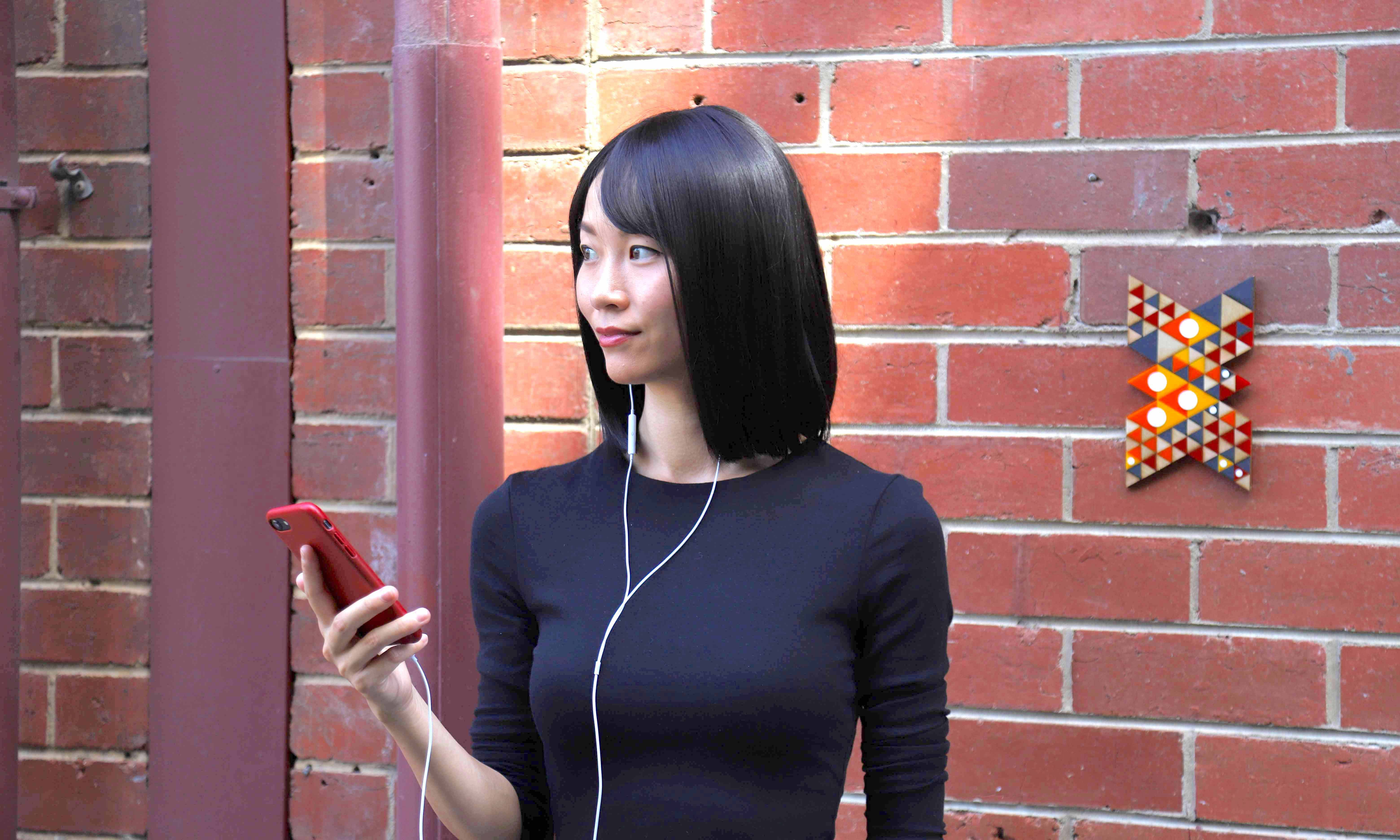 Users can listen to Indigenous stories of land, river and sky.