Do Australia's greenhouse gas emissions account for more than 5 per cent of the global total once exports are included, as Mike Cannon-Brookes says? 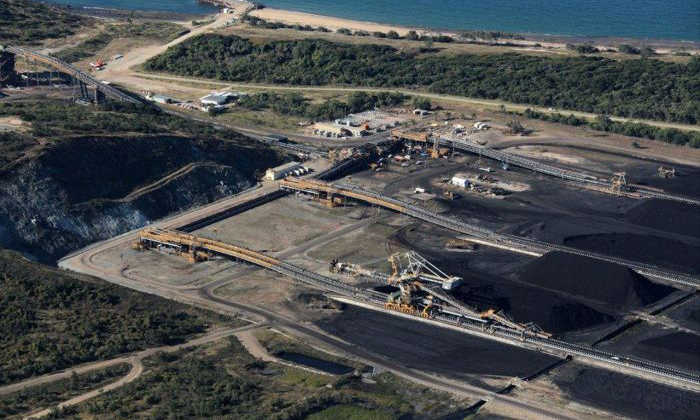 Do Australia's greenhouse gas emissions account for more than 5 per cent of the global total once exports are included, as Mike Cannon-Brookes says?

In a recent speech to the United Nations, Prime Minister Scott Morrison sought to downplay Australia's contribution to world greenhouse gas emissions, arguing the nation is responsible for just 1.3 per cent of the global total. 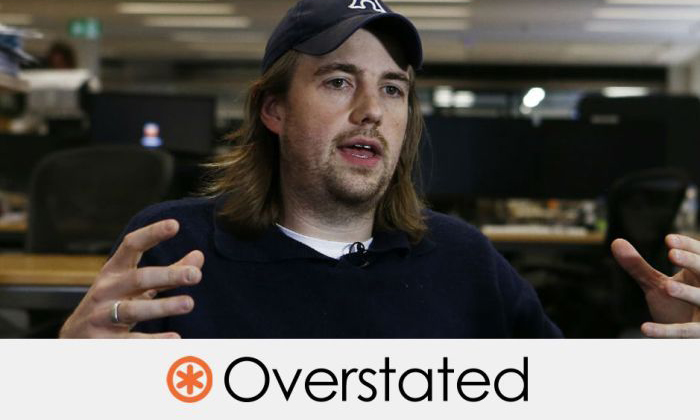 An alternative view is that Australia's culpability is in fact much greater — after billions of dollars' worth of fossil fuel exports are factored in.

IT entrepreneur and outspoken climate change commentator Mike Cannon-Brookes issued a recent tweet claiming that Australia's share of the global total rises to more than 5 per cent once the emissions embedded in its exports are included.

"The science is clear," Mr Cannon-Brookes tweeted. "Coal is the #1 source of climate damage. Our world is at war & Aus is one of the principal arms dealers!"

"As only 25m people, we generate + export over 5% of the world's emissions today."

Is it correct that Australia is responsible for more than 5 per cent of the world's emissions if exports are included? RMIT ABC Fact Check investigates.

Mr Cannon-Brookes has overstated the extent to which Australia's exports contribute to global greenhouse gas emissions.

There are, broadly, two ways to interpret Mr Cannon-Brookes's claim.

The first is to assume he was referring to Australia's total domestic emissions, plus the emissions embedded in its exports, as a proportion of total world emissions.

Fact Check estimated that Australia's domestic emissions plus the emissions embedded in its exports added to 1,712 million tonnes in 2016.

This is somewhat less than the over 5 per cent claimed by Mr Cannon-Brookes.

The second interpretation is that Mr Cannon-Brookes was referring only to emissions linked to burning fossil fuels, as is common with this type of analysis.

Although Mr Cannon-Brookes did not specify in his tweet that he was referring to emissions linked only to burning fossil fuels, this figure aligns more closely with his claim.

However, the equation is not so simple. If Australia's "exported" fossil fuel emissions are to be compared against a global total, "imported" emissions should be netted out to avoid double counting.

Put another way, if Australia is to be held accountable for its fossil fuel exports, its fossil fuel imports should equally not be counted in Australia's domestic total. For consistency, that responsibility should be attributed to the country selling the product. 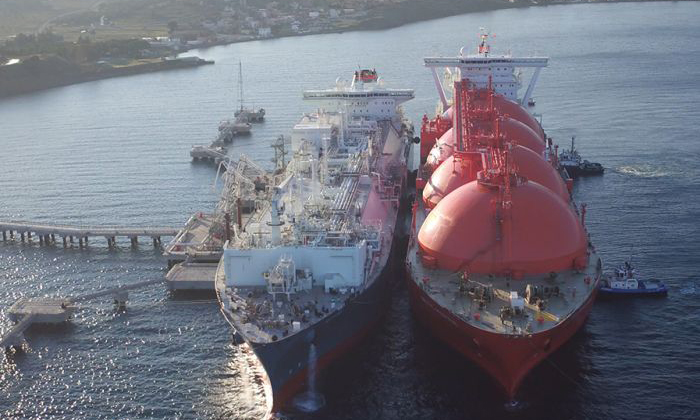 Whether a resource-rich country such as Australia should be accountable for emissions embedded in exports requires a subjective judgment about whether emissions should be attributed to the seller or user of fossil fuels.

Nevertheless, experts consulted by Fact Check pointed out, examining the emissions embedded in exports is a useful exercise in its own right as it underscores the vulnerability of the Australian economy to future international measures to tackle climate change by curbing the use of fossil fuels.

There are three methodologies for carving up emissions between countries.

The most common (sometimes referred to as territorial-based carbon accounting) is used by the United Nation's Intergovernmental Panel on Climate Change to track progress towards Kyoto and Paris climate commitments.

It attributes emissions to activity that takes place within a country's borders.

Under this approach, Australia's vast coal and liquefied natural gas (LNG) exports are not counted in the national greenhouse gas tally, except through "fugitive" emissions generated in the production and processing of those exports within Australia's borders.

What matters under this approach, from an international carbon accounting perspective, is the country where the emissions are released into the Earth's atmosphere, for example through the combustion of a fossil fuel.

An alternative is sometimes referred to extraction-based accounting. It attributes emissions to the country that extracted a fossil fuel, regardless of whether the fossil fuel was subsequently exported or consumed domestically.

Experts contacted by Fact Check for guidance in assessing Mr Cannon-Brookes's claim noted that extraction-based accounting calculations typically compare only emissions from fossil fuels. This excludes those emissions not caused by the combustion of fossil fuels, such as from land-use and agriculture.

A third approach is sometimes referred to as consumption-based accounting. It is more complex and less transparent, but it takes into consideration trade flows by counting emissions embodied in manufactured products at the point where those products are consumed, rather than produced.

This is particularly significant when examining a country such as China, which uses vast quantities of fossil fuels to manufacture products consumed elsewhere, for example, in Europe, North America and Australia.

Estimates of global emissions are published by the Potsdam Institute for Climate Impact Research (PIK), as detailed by climate data visualisation website Climatewatch. The PIK is an independent, not-for-profit organisation that undertakes research in the field of climate science, funded by German national and local government bodies and the European Union, among others.

Experts told Fact Check its data is consistent, allowing "like-for-like" comparisons between countries, and across years.

The latest figures available are for 2016. For that year, the PIK estimates total global emissions of about 47,200 million tonnes of carbon dioxide equivalent.

This suggests Australia's domestic emissions made up roughly 1.2 per cent of the global total in 2016.

In Australia, the Department of the Environment and Energy publishes national emissions figures.

Electricity generation remains the biggest contributor to Australia's emissions, followed by emissions from the transport sector and emissions from "direct combustion" (through, for example, heating or manufacturing production).

When it comes to fossil fuel emissions — a more limited measure that excludes sectors such as agriculture — the International Energy Agency (IEA) publishes data for world emissions and for individual countries.

Its figures show that Australia's fossil fuel emissions totalled 392.4 million tonnes in 2016, representing about 1.2 per of a global total of 32,314.2 million tonnes.

Australia imports crude oil and various refinery products such as automotive fuel and aviation fuel. These imports are counted in Australia's domestic emissions under the territorial accounting system, as they are used within Australia's borders.

Fact Check used the Department of Industry, Innovation and Science publication Resources and Energy Quarterly as a source of data for Australia's exports.

The emissions embedded in these exports were then calculated by converting exports into appropriate units and applying "energy content factors" and "emissions factors" for various fossil fuels, detailed in the Department of the Environment and Energy's National Greenhouse Accounts Factors.

The department's Guide to Australian Energy Statistics 2017 was also used for key assumptions.

The guide notes that determining the energy content of a given quantity of Australian coal or LNG is "an exercise that can involve a significant degree of uncertainty".

"For example, the energy content of a tonne of coal can vary according to its region or locality of origin and according to the maturity of the mine from which it was extracted," the guide says.

"Similarly, conversion factors for other primary energy sources such as crude oil, natural gas and wood, can also vary by region and other factors."