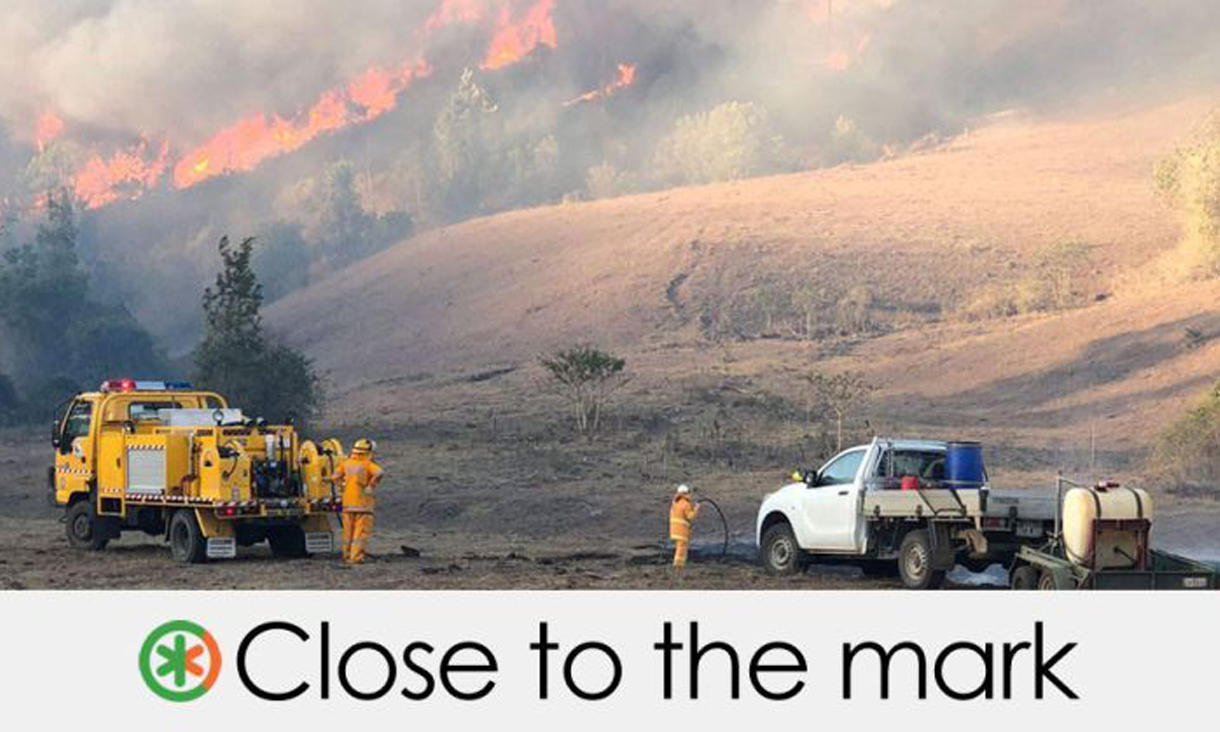 This year's fire season in south-east Queensland and north-east New South Wales, has already resulted in loss of life and property, propelling the issue of increasingly early fire danger into the national debate.

As early as the first week of September, more than 100 fires raged across the area, destroying homes and properties and burning vast areas of bushland.

At a media conference on September 8, Inspector for Queensland Fire and Emergency Services Andrew Sturgess described the weather conditions before the fires as "an historic event".

"We've never seen fire danger indices, fire danger ratings, at this time of the year, as we're seeing now. Never seen this before in recorded history."

Mr Sturgess is close to the mark.

The records are a district average of the Forest Fire Danger Index for the day, which is comprised of data including temperature, wind speed, relative humidity and drought.

They showed the index reached unusually high levels for the time of year in south-east Queensland in the first eight days of September 2019. 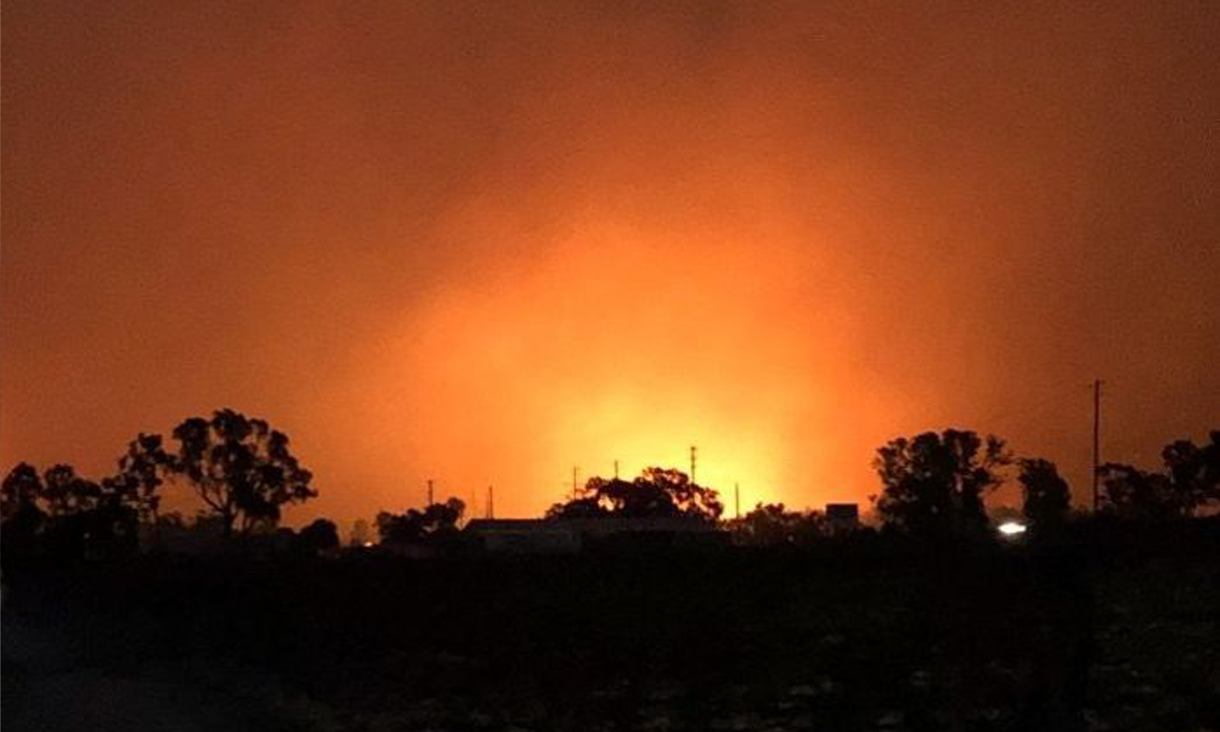 On September 6, Maranoa Warrego, Darling Downs and Port Curtis recorded higher average FFDI values than at any time in those districts in any June, July, August or early September back to 1950.

In Maranoa Warrego and Darling Downs, the FFDIs recorded on September 6 were the two highest recorded between June 1 and September 8 of any year in any district.

But in the district of Moreton, stretching along the coast from the NSW border to the north of Brisbane, higher values than were recorded in early September were recorded in August 1991 and August 2004.

How do we measure fire danger?

In the 1950s and 1960s, a fire scientist named Alan McArthur devised a way to forecast the potential danger posed by bushfires in forested areas of Australia.

In the McArthur Forest Fire Danger Meter, first seen in operation in 1967, Mr McArthur combined measurements of air temperature, relative humidity, wind speed and fuel conditions with a formula to account for the effect of drought.

The drought formula considers how long it has been since it last rained and the amount of the last rainfall to assess how dry or moist the soil is, and therefore how combustible the fuel is likely to be. The fuel is the bark, leaves, and small branches accumulating in the landscape.

Mr McArthur used the measurements to create a Forest Fire Danger Index from one to 100, in which one represented the lowest risk and 100 the highest.

The meter is used by the Bureau of Meteorology and rural fire authorities in forecasting the likelihood and potential severity of bushfires.

What are fire danger ratings?

The danger ratings are published on signs by the side of the road as well as the news media.

The bureau develops the danger ratings in consultation with state fire authorities. Other risk factors may be considered when determining a fire danger rating, but the Forest Fire Danger Index is a major factor.

When the index was introduced, the range of 1 to 100 was translated into five danger ratings: Low; Moderate; High; Very High; and Extreme. 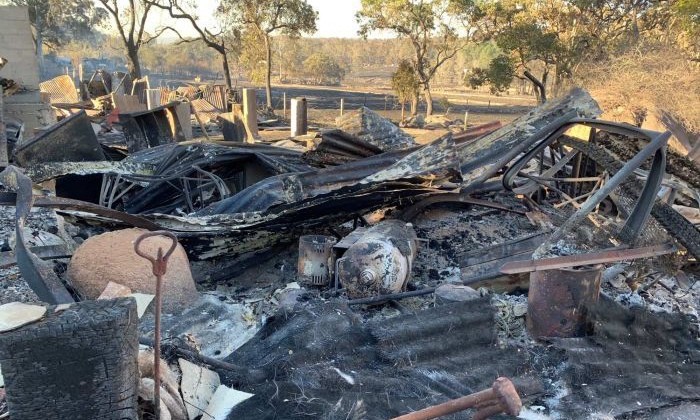 A property outside Applethorpe on Queensland's Granite belt destroyed in a bushfire on September 8, 2019.

After the Black Saturday bushfires in Victoria in February 2009, the system was revised nationally to include index values above 100 and new ratings categories.

*Victoria uses the term "Code Red" instead of "Catastrophic".

Low-moderate: a fire that can be easily controlled and poses little or no risk to life or property.

High: a fire that can be controlled, where loss of life is unlikely and damage to property will be limited.

Very high: a fire that can be difficult to control, with flames that may burn into the tree-tops. During a fire of this type, some homes and businesses may be damaged or destroyed.

Severe: a fire that may be uncontrollable and move quickly, with flames that may be higher than roof tops. A severe fire may cause injuries and some homes or businesses may be destroyed.

Extreme: a fire that may be uncontrollable, unpredictable and fast moving. The flames will be higher than roof tops. During an extreme fire, people may be injured and homes and businesses may be destroyed.

Catastrophic: a fire that may be uncontrollable, unpredictable and fast moving. The flames will be higher than roof tops. Many people may be injured and many homes and businesses may be destroyed.

For fires expected to be in the "extreme" and "catastrophic" categories, even well-constructed homes that are well-prepared for fires are no longer safe, and residents are warned that leaving is the only option for survival.