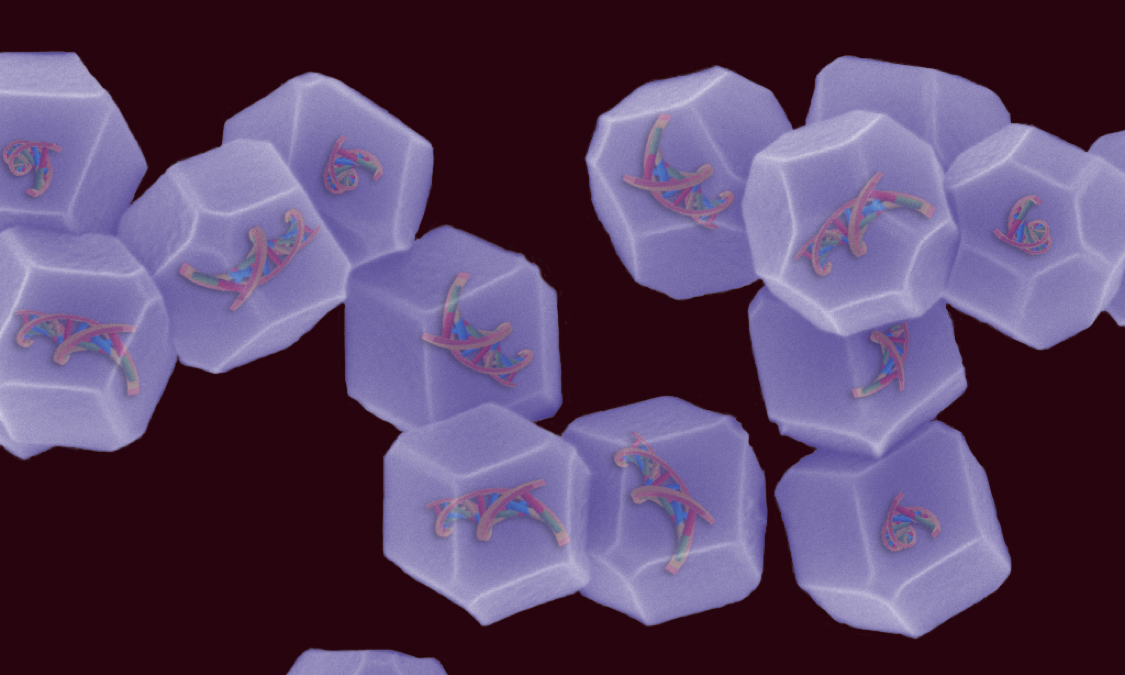 The non-viral, bio-inspired gene delivery method developed by researchers at RMIT University has proven effective in laboratory tests and is safer than standard viral approaches.

Widely considered the next frontier of cancer research, gene therapy involves introducing new genes into a patient's cells to replace missing or malfunctioning ones that cause disease.

As cells are not designed to naturally take up genes or any foreign DNA material, the biggest challenge for gene therapy is getting the therapeutic genes into the cells.

Research has focused on using viral delivery systems to penetrate the cells, however the risks associated with introducing a virus into the body have slowed progress from lab to clinic and only three viral-based therapies have ever been approved by FDA.

Despite being safer and relatively inexpensive, non-viral methods have been the focus of less than 0.25% of gene therapy research due to varying results.

Lead researcher Dr Ravi Shukla said addressing the gap in suitable non-viral methods would be a key step in taking gene therapies out of the lab and into clinics.

“An effective non-viral method would be safer for patients and could significantly reduce the time and expense involved in bringing new treatments to market,” he said.

“We have now successfully tested a non-viral alternative that could allow us to sidestep the risks involved in viral methods and help unleash the full potential of gene therapy.”

Shukla and his team developed the new non-viral method using Metal Organic Frameworks (MOFs), incredibly versatile and super porous nanomaterials that can be used to store, separate, release or protect almost any biomolecule.

The research is supported by the Commonwealth Scientific and Industrial Research Organisation (CSIRO) who developed a technology to manufacture industrial scale quantities of MOFs.

Predominantly used for industrial or chemical purposes, the biological applications of MOFs are increasingly gaining ground and these latest findings show they have excellent potential in non-viral gene therapy.

Researchers used a MOF subtype known for its biocompatible and biodegradable properties to carry the DNA into a cell.

The MOF-based delivery method was found to be effective in prostate cancer cells and opens the door to treatment of lung and breast cancer as well as other genetic diseases.

PhD researcher Arpita Poddar, who worked with Shukla on the discovery, said the findings were the first step towards opening a line of research that has so far been neglected.

“Now that we have a proof of concept, we can investigate other applications including in transgenomics, implants and even crop improvements,” she said.

The paper Encapsulation, Visualization and Expression of Genes with Biomimetically Mineralized Zeolitic Imidazolate Framework‐8 (ZIF‐8) is published in Small.

How is climate change affecting the longevity of our water infrastructure?

An RMIT graduate has created a model that could predict the future impact of climate change on water pipeline infrastructure.

Inspired by the surface of butterfly wings, researchers have developed a light-activated hydrogen sensor that produces ultra-precise results at room temperature.

A failed rocket launch and monitoring potential space collisions made for an unforgettable week for RMIT’s Space Science students.

RMIT researchers have taken out awards for Victoria’s most impactful and industry-relevant research.