Entrepreneurship graduate Lyndon Galea was inspired to help kids going hungry at school after learning many were arriving without any lunch.

Applying his RMIT Business and Entrepreneurship skills, Galea started Eat Up Australia providing lunches to a handful of schools from his parents' kitchen.

The not-for-profit has since grown to supply more than 550 schools across Victoria, New South Wales and Queensland.

With around three students in every class arriving at school hungry, Galea said that number was growing.

“Disasters like the bushfires will really impact requests for our help,” Galea said.

“Droughts or floods and large job closures as occurred in Victoria’s La Trobe Valley also have a big effect on the number of students who need support.”

Going hungry at school can also have a big effect on educational outcomes, with teachers estimating the average student loses more than two hours a day of learning.

Lalor East Primary School was one of the first in Melbourne to sign up to the program, and Principal Linda Richards agreed eating lunch had a big impact on a child.

“When kids are hungry it makes it very difficult for them to concentrate.

“And when kids can't concentrate, it’s nearly impossible for them to learn,” Richards said. 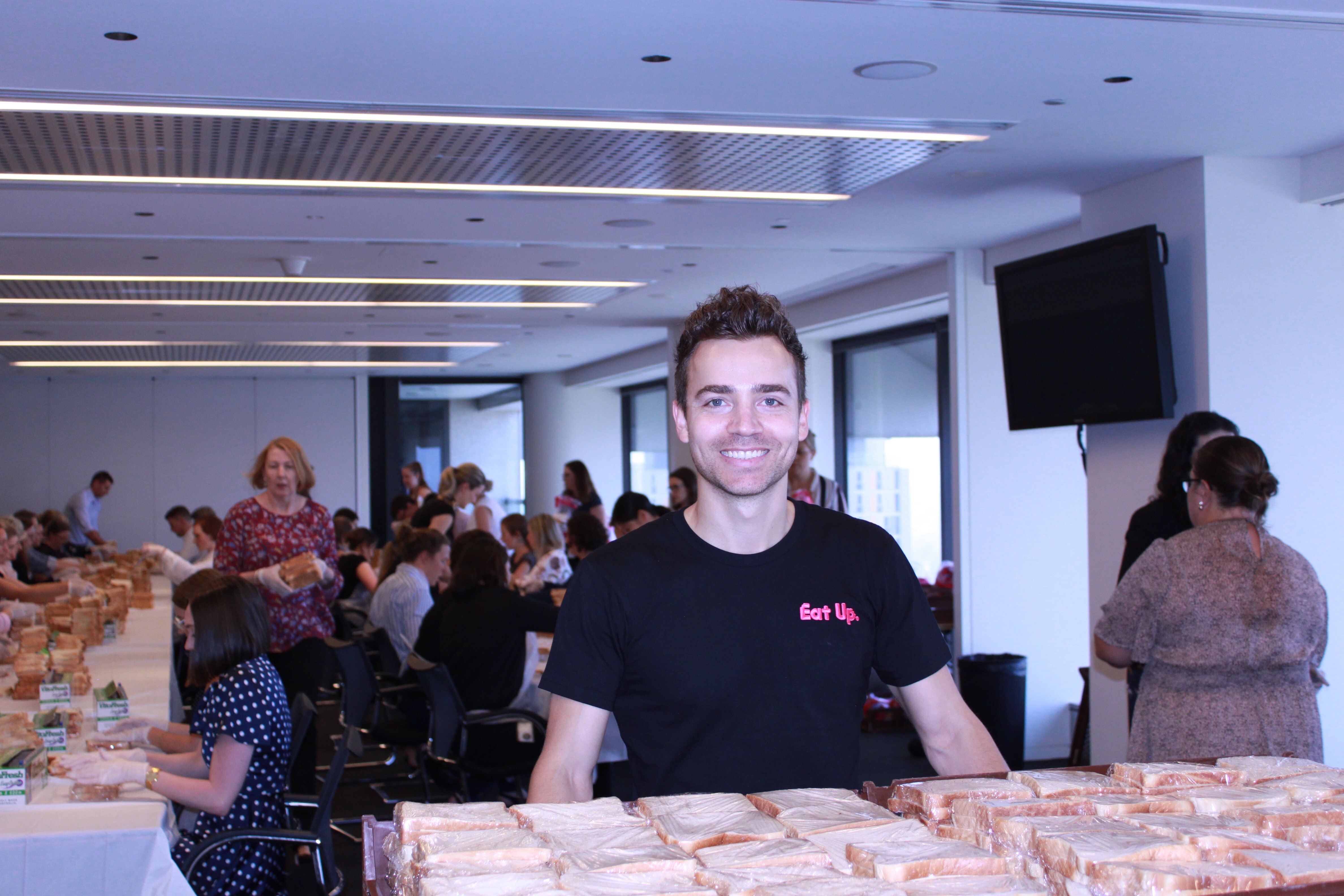 Relying on the help of volunteers, Eat Up delivers a three-week supply of freshly made cheese or vegemite sandwiches to schools to freeze and distribute as needed.

“Allowing the school to distribute the sandwiches gives back control to the teachers, as they're the ones who identify which kids are going hungry, without causing potential embarrassment,” Galea said.

Eat Up Australia was born after Galea learned that students in his hometown of Shepparton were regularly being sent to school without lunch.

“I was totally taken aback, as I’d always assumed that kids in Australia would have access to food,” Galea said.

He was spurred on to act.

“I was in my mum and dad's kitchen and pinched what I could from the cupboards and bought extra bread to whip up one hundred sandwiches for the schools mentioned in the article.”

He thought these were isolated incidents, but soon came to realise the issue was far more widespread.

“From that point it became clear we had to be able to service that need on a larger scale.”

To achieve this, Galea tapped into the resources and insights available while completing his RMIT Bachelor of Business (Entrepreneurship).

“All of the business planning, growth, and structure took place through my entrepreneurship course, and the entrepreneur in residence Marcus Powe has continued to be such an insightful, influential mentor to me,” he said.

This year, Eat Up Australia will deliver more than half-a-million sandwiches to schools.

Galea said while it was great to see the program having a positive impact, there was still a way to go.

“We drop off hundreds and thousands of sandwiches to schools, but you visit them again and again and they always need more,” he said.

“This cause is so important and in a country like ours, hunger shouldn’t even be a problem, so we’re all passionate about doing what we can to help.”

The story of Azaria and Lindy Chamberlain is the subject of a new picture book by RMIT alumnus Maree Coote, launched at RMIT’s The Capitol last night.

Entrepreneurship graduate Lyndon Galea was inspired to help kids going hungry at school after learning many were arriving without any lunch.