Indigenous Elder Scholar in Residence and leading radical thinker Distinguished Professor Aileen Moreton-Robinson has joined some of the world’s great scholars and thinkers in the American Academy of Arts and Sciences.

Moreton-Robinson said she felt privileged to have been nominated and proud to have made it through the extremely rigorous selection process.

She said her inclusion in the largest cohort of indigenous people ever elected to an Academy founded in 1780 by a group of white, privileged American men was a positive sign.

“I look forward to hopefully opening the door for other Indigenous scholars to become members.

“The work I do is not for the accolades; it is born out of the necessity to change ideas to improve the life chances for Indigenous people in Australia.” 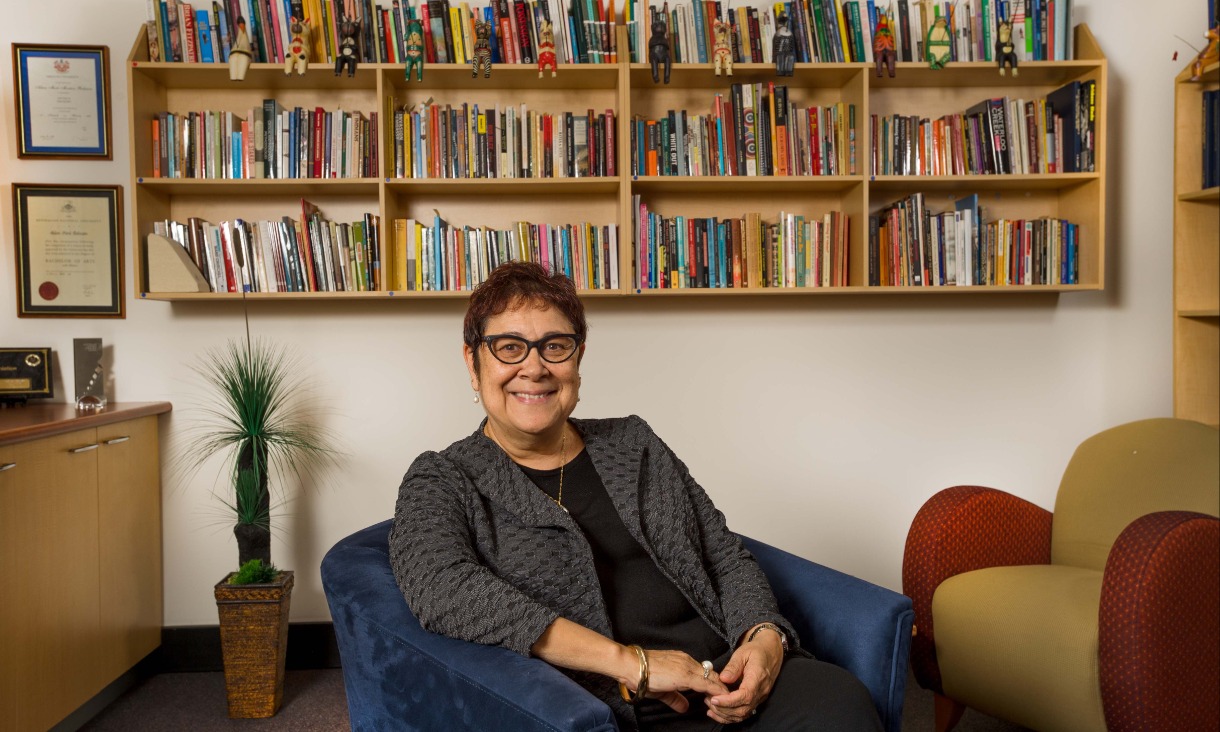 A Goenpul woman from Minjerribah (Stradbroke Island), Quandamooka First Nation (Moreton Bay) in Queensland, Moreton-Robinson was raised by her grandparents on the island. She had a minimalist understanding of capitalism at best after her grandfather gave her the communist manifesto to read at twelve years of age.

“The concept of actually buying land was something I did not learn about until I was 20 years old.

“I was raised with a different idea about human’s relationship to country.”

These days she has a global audience, evidenced by numerous invitations to speak and teach at universities in the USA, Canada and Europe, and much of her work has involved trying to engage, critique and debate with Western scholars, including the late Michel Foucault, among many others.

Recently she has been focused on possessive logics: looking at how we have been socialised to be accumulative and possessive, and where the measure of self is often through what we own and what we consume.

“I think that the future is to try to get people to see that the materiality we are experiencing now is an outcome of certain conditions and a dominant culture that has taken us in particular directions," she said.

Announcing this year’s inductees, Academy President David Oxtoby said new members were united by a place in history and by an opportunity to shape the future through the Academy’s work to advance public good.

Moreton-Robinson said it was hugely important to have scholars like her and her indigenous peers contributing to research and knowledge that will inform public debate and policy on a national and international level.

“The world is diverse and there are far more people of colour than there are white people and yet in places like Australia, the USA and Canada, white men and women are still the norm in dominant positions of power,” she said.

“Those of us who have been raised with different ideas of what it is to be human can contribute to the future by advocating what we do.

“There is definitely a need for different ways of understanding the world; humans have created different cultures and lived differently, and we have all tried to make sense of why we exist.

“Different cultures have done it in different ways and not all of them have have been consumptive and accumulative and possessive.”

Along with her own influential academic work, Moreton-Robinson is known for the major role she has played in encouraging other Indigenous scholars to pursue higher qualifications, something she is looking forward to doing at RMIT.

“Academia is very individualistic; no one wants to share information with you, so I am pleased that I am now in a position to be able to pass on all that I have learned in my career, she said.

“I do very much see my role as mentoring and supporting the early career researchers and post-grad students.”

The American Academy of Arts and Sciences was established in 1780 during the American Revolution by John Adams, Samuel Adams, John Hancock, James Bowdoin and over 60 other prominent figures in American history and currently includes 13,500 of the world’s best scholars, practitioners and thinkers.