A first attempt was halted due to bad weather, delaying the launch for astronauts Robert Behnken and Douglas Hurley.

“The Dragon capsule has docked, and the crew are now on board the International Space Station, the largest and most expensive spacecraft ever built, which flies over Australia every day,” he said.

“But this demonstration mission is not over until the capsule re-enters and is recovered,” he added.

For nearly a decade, NASA has lacked any means of launching astronauts into orbit from the US. 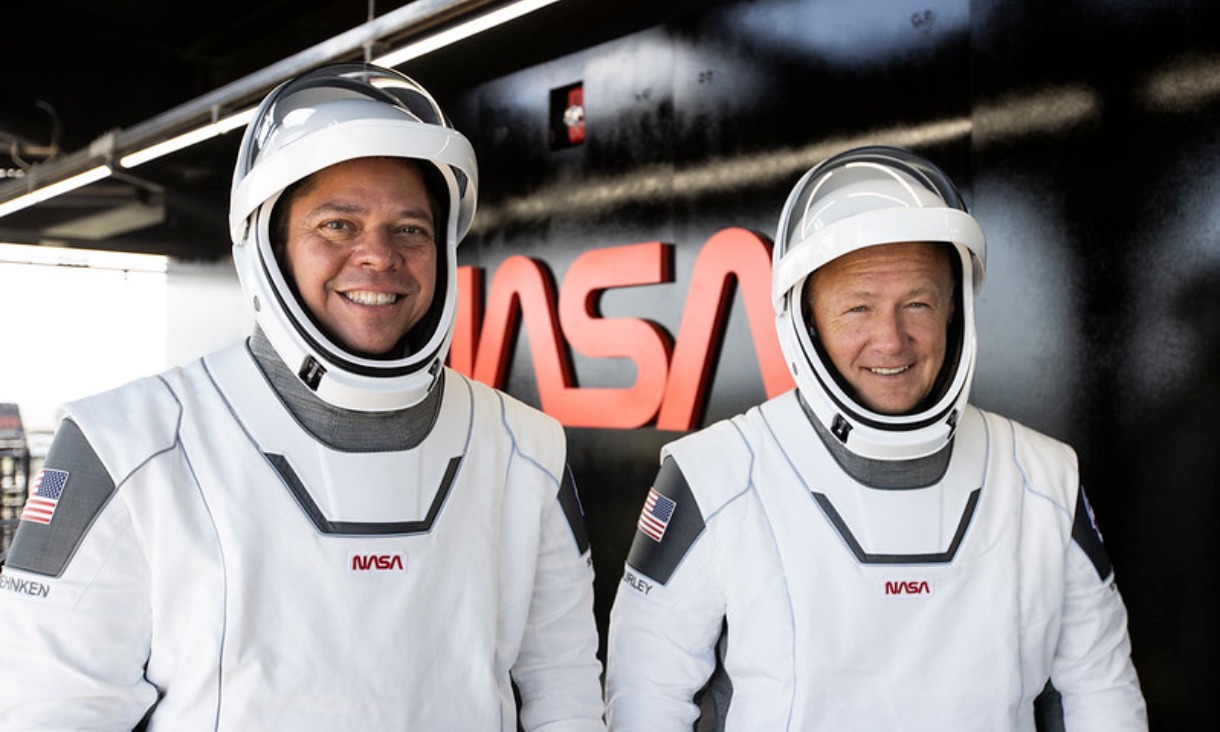 “We have waited 38-years for an all-new launcher design capable of transporting humans to orbit,” Dorrington said.

“It's not yet clear that this system and its commercial mode of operation will offer major cost reductions and reliability improvements.

However, if fully successful, the launch could represent a watershed event leading to a new era of international space exploration, he noted.

It's SpaceX’s final test flight for NASA’s Commercial Crew Program and will provide critical data toward certification of SpaceX’s crew transportation system for regular flights carrying astronauts to and from the space station.

“That new era is upon us after SpaceX launched its Demo-2 mission with two astronauts on board the Dragon capsule, marking the return to US human space flight.

It’s been about nine years since they had the capability to put astronauts into space.

“It must have been a bit of  a sore point for the US when they had to mothball the space shuttle fleet without an immediate replacement,” he said.

“They’ve been trying hard over the years to outsource the regular launch capability to commercial companies so that NASA can focus more on research.

“If you compare the technology of the previous space shuttles, they were very large, due to cargo requirements, and inherently riskier, with the orbiter next to the fuel tank, while the current design is much lighter and scaled down,” he said.

"The design is safer, with the capsule placed on top of the launch vehicle rather than on the side, as was the case with the space shuttle, with an integrated launch escape system," he added.

“The Falcon/Dragon design is not only a leap forward in technology, but also a new business paradigm with commercial launch service providers competing for business.”

Tackling turbulent times: The transformation of the aviation sector

There's no question of the global impact that the COVID-19 pandemic has had on the aviation sector, being one of the first sectors to bear the brunt of the crisis as the pandemic evolved.

Australian researchers and industry partners will collaborate to design and manufacture the world’s most precise, compact and cost-effective gyroscope, in a new $8.7 million project.