They pollinate a third of the world’s food and contribute about US$235 billion to the global economy. But bees don’t just feed the world - their tiny yet powerful brains are full of surprises.

The lab's work was rated in the top 50 most important research discoveries worldwide in the past year by Discovery Magazine.

1. Honeybees understand the concept of 'zero'.

While the concept of zero as ‘nothing’ seems pretty straightforward, understanding it in relation to a number scale is complex to grasp.

In fact, the concept of zero was only developed in human culture over the past 1,500 years and civilisations – including the Romans – missed it in their number systems.

Dyer and Dr Scarlett Howard, then a PhD researcher at RMIT, led the discovery that bees understood the concept of zero, with a study published in the prestigious journal Science.

The bees were presented with cards showing varying numbers of dots and rewarded with sugar water when they selected the ones with the lowest amount.

When blank cards were added, the trained bees selected it as the lower amount.

“Discovering how such complex numerical skills can be grasped by miniature brains helps us understand how mathematical and cultural thinking evolved in humans, and possibly, other animals,” Dyer says.

The fact that bees, with significantly smaller brains than humans, can understand the concept of zero on a number scale has major ramifications for how we view the processing power required for artificial intelligence.

2. Bees can do basic mathematics

How did we learn this? Over 100 trials, bees would fly though a Y-shaped chamber requiring them to add (blue chamber) or subtract (yellow chamber). 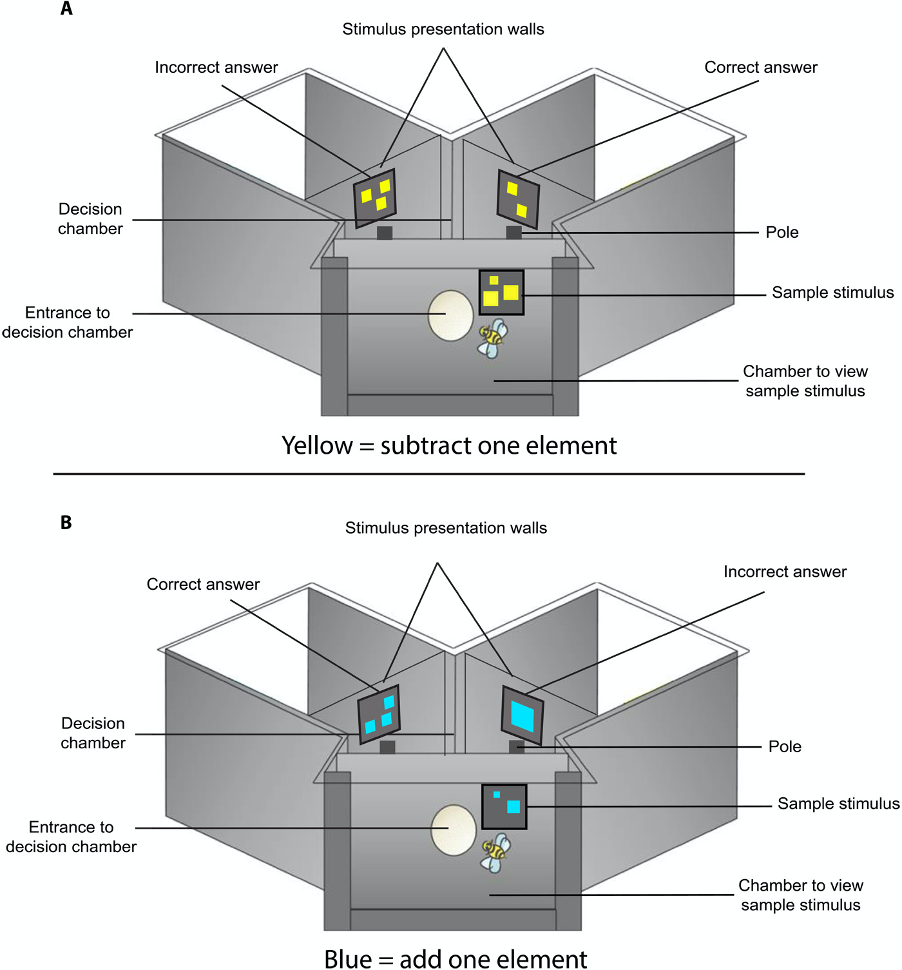 If they correctly solved the question, they were given a sugar water, whereas if they got the answer wrong, they received a bitter-tasting quinine solution.

Dyer says this expands our understanding of the relationship between brain size and brain power.

“If maths doesn’t require a massive brain, there might also be new ways for us to incorporate interactions of both long-term rules and working memory into designs to improve rapid AI learning of new problems.”

3. Bees learn better when they are able to explore, which means human might too

During the maths research, that taught bees to add and subtract, the bees did not learn the task at the same stage of training.

Instead, they all completed it at different stages of the trial through exploration.

To get a greater understanding of why this is so important, it’s vital to remember that bees and humans shared the same ancestor hundreds of millions of years ago.

Because of that ancestral connection, the research means our brains may be programmed to learn better through exploration instead of acquiring information in a prescribed way.

4. Bees can count to numbers beyond four

Sure, counting beyond four is rudimentary for humans, but for animals with much smaller brains it is a much greater challenge.

Dyer uses the example below to highlight how even human brains are less adept at counting numbers beyond four. 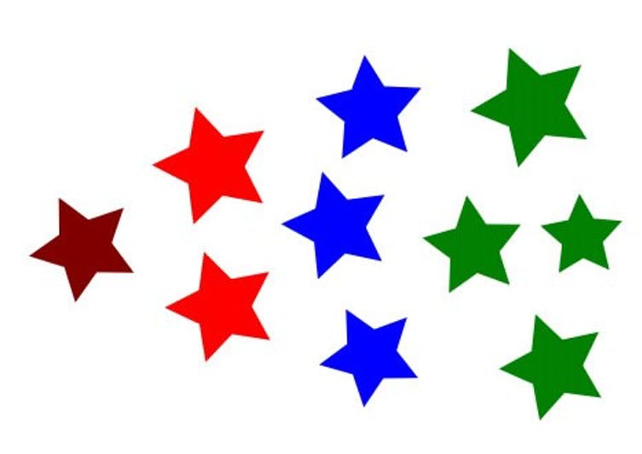 The various colour groupings representing 1-4 stars are easy to count quickly and accurately. However, if we try estimating the number of all-stars at once by ignoring colours, it requires more concentration. Adrian Dyer

The researchers discovered this by presenting the bees with two different patterns containing a different number of choices.

As we know bees and humans share a common ancestor, so this discovery also has important implications for understanding how animals’ brains may have evolved to process numbers.

5. We can replicate a bee’s point-of-view to enable better cooperation between humans and bees.

Bees have 7,000 individual lenses and a 270° field of vision in their compound eye, so RMIT developed a camera to emulate this.

“By learning how bees see and make decisions, it’s possible to improve our understanding of how best to work with bees to manage our essential resources,” Dyer.

We know that honeybees are able to recognise the colour of a flower, as it is a matter of life or death for them to pollinate the right flowers.

But if we look at bees, who are able to see colours using much smaller processors, we could create images in a way that mimics nature more closely.

Yellow flower (Gelsemium sempervirens) as it appears to our eye, as taken through a UV sensitive camera, and how it likely appears to a bee. Sue Williams and Adrian Dyer/RMIT University

Beyond just better photos, there are implications for industry too, such as using machine vision in complex natural environments to reliably find coloured objects (like mineral-rich sands, ripe fruit or defects in building constructions)

Keep this in mind next time you tell a bee to ‘buzz off’ – they never forget a face!

Research has found that insects such as bees and wasps use a similar visual processing mechanism to humans, which enables reliable face recognition.

This means we can begin to understand how large brains may have evolved and how we think about designing AI that mirrors that of biological brains.

Smart diagnostics: AI tech can hear COVID in a cough

A ground-breaking advance in detecting COVID-19 from the way people cough could pave the way to a new generation of diagnostic mobile phone apps.

The keys to collaboration between small business and the research sector have been revealed in a major new report.