Researchers have created a new type of machine learning model that could accelerate the process of designing next-generation organic solar cells.

From The Terminator and Blade Runner to The Matrix, Hollywood has taught us to be wary of artificial intelligence. But rather than sealing our doom on the big screen, algorithms could be the solution to at least one issue presented by the climate crisis.

Researchers have created a new type of machine learning model that could help significantly speed up the process of designing more efficient solar cells.

The model predicts the power-conversion efficiency (PCE) of materials for use in next-generation organic solar cells, including ‘virtual’ compounds that don’t exist yet.

Unlike some time-consuming and complicated models, the latest approach is quick, easy to use and the code is freely available for all scientists and engineers.

The method has been detailed in a study led by RMIT University researchers in the ARC Centre of Excellence in Exciton Science published in the Nature journal Computational Materials.

The work was led by RMIT’s Dr Nastaran Meftahi and Professor Salvy Russo, in conjunction with Professor Udo Bach’s team at Monash University.

“The majority of the other models use electronic descriptors, which are complicated, computationally expensive and not chemically interpretable,” Nastaran said.

“It means an experimental chemist or scientist can’t get ideas from those models to design and synthesise materials in the lab.

“If they look at my models, because I used simple and chemically interpretable descriptors, they can see the important fragments.”

The model could help significantly speed up the process of designing next-gen solar cells.

Attention is increasingly turning to organic photovoltaic (OPV) solar cells after decades of relying on silicon, which is relatively expensive and lacks flexibility.

OPV solar cells will be cheaper to make by using printing technologies, as well as being more versatile and easier to dispose of.

But a major challenge is sorting through the huge volume of potentially suitable chemical compounds that can be synthesised (tailor-made by scientists) for use in OPVs.

Researchers have tried using machine learning before to address this issue but many of those models were time consuming, required significant computer processing power and were difficult to replicate.

Crucially, they did not provide enough guidance for the experimental scientists seeking to build new solar devices.

The key to developing a more efficient and user-friendly model was to replace complex parameters that require quantum mechanical calculations with simpler signature descriptors of the molecules being analysed.

They provide important data about the most significant chemical fragments in materials that affect PCE, generating information that can be used to design improved materials.

By using it, the researchers have been able produce results that are robust and predictive, and generate, among other data, quantitative relationships between the molecular signatures under examination and the efficiency of future OPV devices.

Nastaran and her colleagues now intend to extend the scope of their work to include bigger and more accurate computed and experimental datasets.

Her work was strongly supported by co-author Professor Dave Winkler of CSIRO’s Data 61, Monash University, La Trobe University, and the University of Nottingham, who co-created the BioModeller program which provided the basis for the new, open source model. 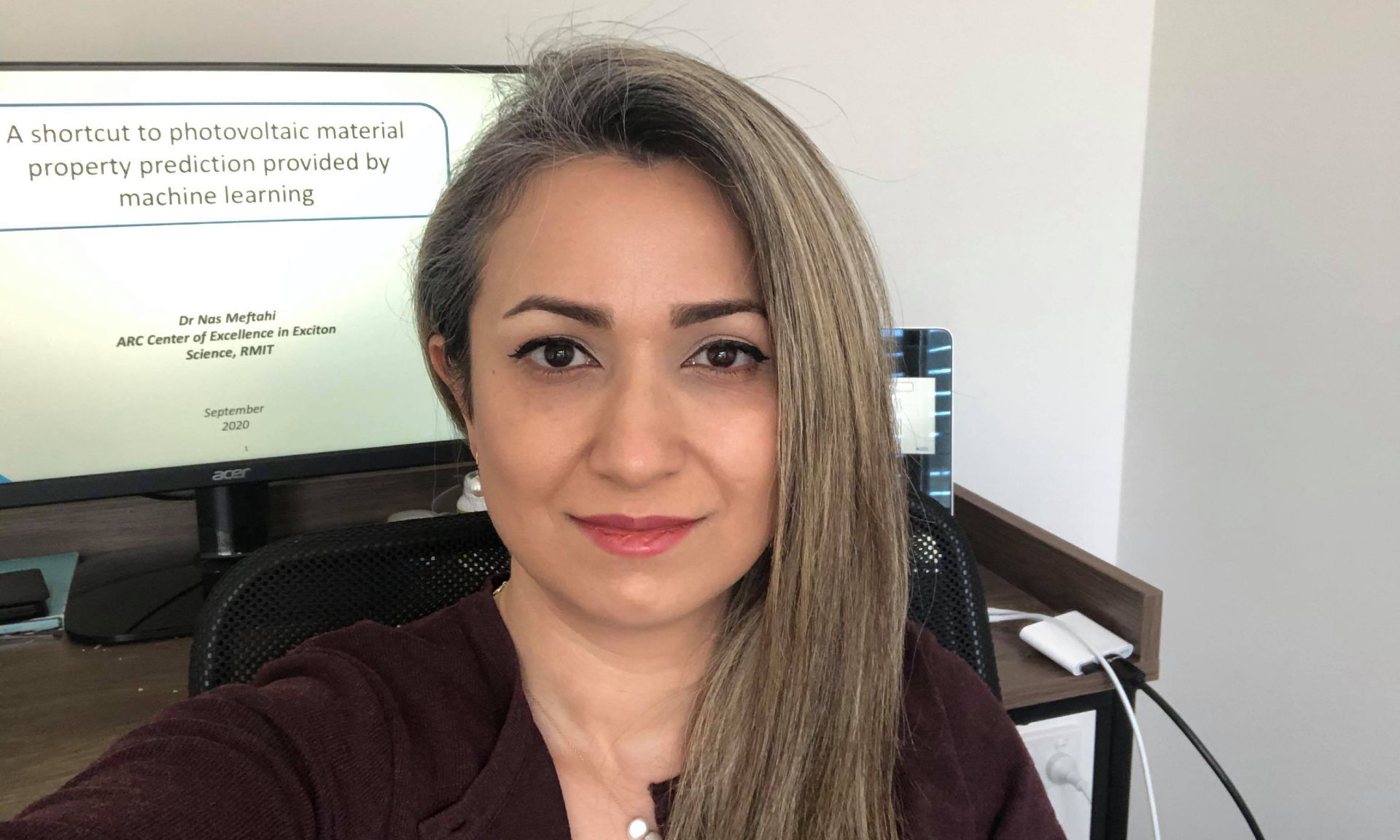 A new report on the digital transformation of small and medium-sized enterprises (SMEs) explores the opportunities, challenges and benefits that digitalisation presents.

Training the next generation of biosolids researchers is a key focus of a new centre to transform the management of Australia’s biosolids resource, launched this week at RMIT University.