RMIT journalism graduate wants to become "voice for the voiceless"

RMIT journalism graduate wants to become "voice for the voiceless"

Fourteen years after arriving from Afghanistan, Shamsiya Hussainpoor graduates from RMIT this week, with a Bachelor of Communication (Journalism), and a desire to give a voice to others. 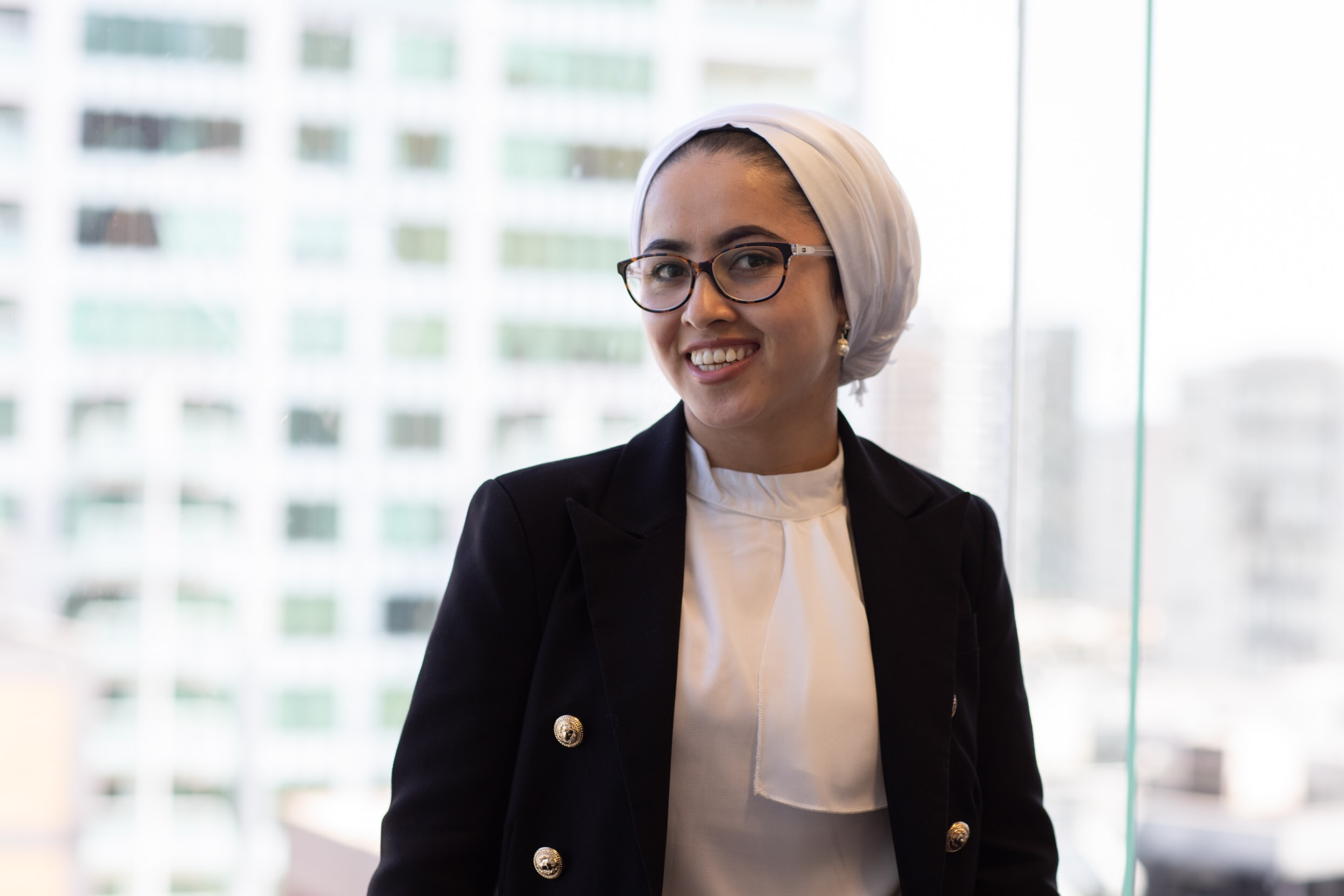 When Shamsiya Hussainpoor arrived in Melbourne from Afghanistan as a nine-year-old, she had never been to school and she didn’t speak a word of English.

On Wednesday, more than 14 years later, Hussainpoor, now 24, will officially graduate from RMIT with a Bachelor of Communication (Journalism) and a deep determination to become “a voice for the voiceless.”

The enormity of this achievement is not lost on Hussainpoor, who still recalls going to playgrounds when she first arrived and wanting to make friends with the other children.

“But I wasn’t able to speak their language. So, I couldn’t talk to them and I couldn’t play with them… I literally had no voice,” she recalls.

“I think the main challenge for all of us when we first arrived was the language barrier… It was very lonely,” says Hussainpoor, who relocated to Australia with her parents and four sisters.

Her older brother arrived seven years earlier, aged just nine, after their mother decided he should flee the country with his uncle, to avoid being forcibly recruited by the Taliban.

“This was in early 2000, and my parents decided to sell some land so they could send my brother off with my uncle to get out of Afghanistan,” she recalls.

“They had no idea where they were sending him, but my mum didn’t want to see her only son being forced to carry out the kinds of atrocities the Taliban were feared for,” she says.

His journey to Australia in 2000, via Pakistan and Indonesia, was a treacherous one. The boat he was on started sinking on the way to Australia, from Indonesia. They were eventually rescued by an Australian Navy ship and taken to Australia.

But it would be another seven years, when Hussainpoor arrived with her family in 2007, that the whole family would be reunited again — a reunion they will never forget.

“I was only very young at the time. But I can’t imagine what those seven years must have been like for my parents, who had very little contact with their son during that time,” she says.

When Hussainpoor first arrived in Melbourne, she attended an English language school for a year before starting her formal education in grade five, at Noble Park Primary School.

“I often look back and think how funny it is that 14 years ago I couldn’t speak a word of English and now I’m graduating with a degree in journalism,” she laughs.

Hussainpoor completed two years of a Bachelor of Criminal Justice at Victoria University before transferring to journalism at RMIT.

“The thing that really drew me to journalism was the idea that I could represent hijabi women in the Australian media,” Hussainpoor says.

“Growing up as an Afghan Australian woman, I didn’t feel we were represented in the media and in fact, all too often, we were misrepresented.”

“I remember my mum saying to me that if you want to make change, then you have to be that change.”

Hussainpoor’s interest in journalism was also driven by a desire to be able to tell the stories from her home country and those of other minority groups.

Hussainpoor and her family are from Afghanistan’s minority Hazara community.

In August, when the Taliban took over Kabul, in scenes that shocked the world, Hussainpoor was interviewed by several media outlets, including Sammy J on ABC Radio Melbourne’s breakfast program.

In that interview, she told Sammy J she “wished more people paid more attention and listened to our voices.”

“The Afghan community all over the world and in Afghanistan have been desperately calling and crying and begging people to listen to what’s happening in Afghanistan,” she said.

“As a young, emerging journalist I want to continue raising their voices. I want to give that message to young Afghans that we are still here. We are doing everything we can to give you a voice again,” she told Sammy J.

“You know, the hard work that we’ve been putting in for the last two decades, was gone in 20 days. But we will try and bring it back and give you a little bit of hope again.”

Hussainpoor’s passion for her country of birth and her people is unmistakable and extends to other minority groups too.

During her final year at RMIT, Hussainpoor undertook a traineeship in the ABC’s Asia Pacific Newsroom for four weeks, before securing a casual position with the national broadcaster for five months. She also undertook an eight-week internship with Bloomberg.

Right now, she is interning at the Department of Justice and Community Safety (DJCS) as a Communications Officer and working casually as a multimedia project co-ordinator at Community Four - an organisation which advances the work of refugee and migrant directed community organisations.

“I am currently helping to recruit and train about 10 to 20 women from the Hazara community, who don’t speak English, on how to use multimedia - from radio to digital and producing for social media,” she says.

“I remember what it was like to be in their position, in a new country and not knowing the language and I’d like to do what I can to give them that opportunity to thrive.”

As for next year, Hussainpoor hopes she can combine some international travel with freelance writing.

“My family went back to Afghanistan in 2019. I decided not to go because I thought I’d just go after I graduated, so I wouldn’t have to worry about studying while I was away,” she says.

“But now, given what has happened in Afghanistan, I am devastated that I didn't go and that I didn’t get the chance to see my country again.”

Beyond that, Hussainpoor has her sights set on investigative journalism, being a foreign correspondent, and even one day, a news anchor.

“I have a real passion for reporting on stories from minority communities in a way that doesn’t misrepresent them and to tell their stories even when everyone else has turned away,” she says.

“There was a time when I didn’t have a voice, when I did not feel like I belonged.

“So, it is really important for me, as a woman from a minority community, to not just be a voice to tell their story, but to provide a platform for them to raise their own voices, so they can speak for themselves.”

A group of aspiring sports journalists will cover all the ins and outs of a blockbuster AFL finals series during their live chat show on Melbourne community television station, Channel 31.

Student leaders are being empowered to call out disrespectful behaviour to prevent sexual harm and drive cultural change.

A new $5 million partnership between RMIT University and Melbourne Water will help combat pollution in Australia’s waterways and bays.

Three students from the School of Fashion and Textiles were selected to participate in the 2018 Youth Fashion Summit in Copenhagen.