It takes more than words and ambition: here’s why your city isn’t a lush, green oasis yet

It takes more than words and ambition: here’s why your city isn’t a lush, green oasis yet

Despite their good intentions, cities rarely have the full set of skills and capabilities to turn their plans into a reality. Our research looks at what needs to change

The idea of transforming cities from concrete jungles to urban forests is a popular one, and there have been some truly inspiring, exemplar projects in recent years. The transformation of a Seoul freeway to Cheonggyecheon parkland, exposing the historical river that once flowed there, is one celebrated example (pictured above).

Projects like this are commendable, as urban nature has considerable benefits including, for instance, improving mental health and boosting urban biodiversity.

But has your city actually turned into a lush oasis yet? No, neither has ours.

Our new research looked at what’s holding back greening in our cities. And we found the issue is often internal — cities just aren’t really set up to deliver their plans. Fortunately, this is a very fixable problem.

The global experience is that greening a grey city isn’t as simple as setting a bold target and writing a glossy strategy. All over the world, we’re seeing that urban greening projects and plans run into significant barriers.

Results are slow, successful pilot projects aren’t scaled up, and in some cases the work simply doesn’t happen.

Many cities are still losing green infrastructure, especially trees on streets. A recent report commissioned by the Australian Conservation Foundation found canopy cover in all major Australian cities except for Hobart and Canberra had declined in the last decade.

So, what’s going on? Well, the simple answer is that, despite being ambitious and well-intentioned, cities rarely have the full set of skills and capabilities required to successfully implement their plans. 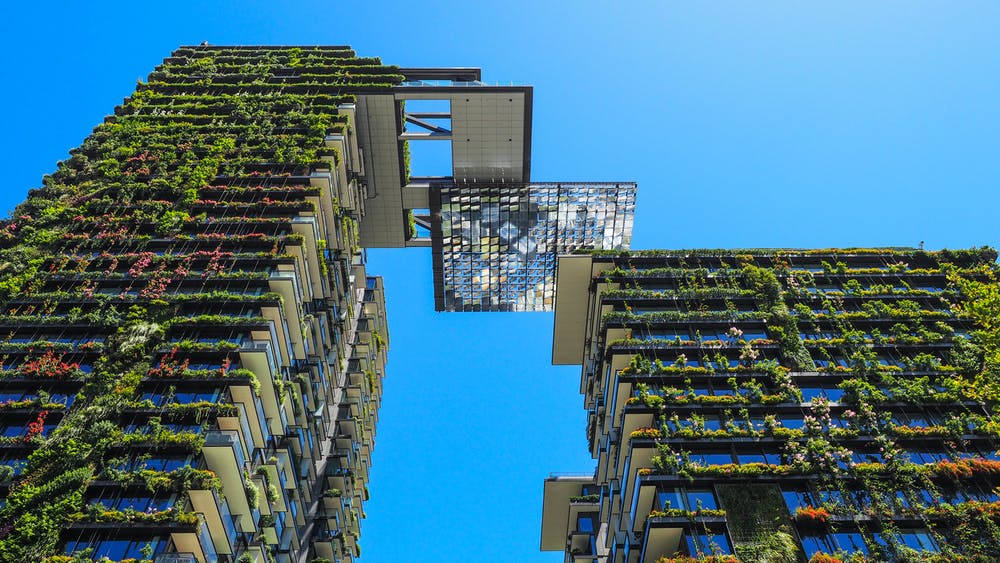 The One Central Park building in Sydney is a global case study in vertical greening, with 350 different plant species blanketing the structure. Shutterstock

Here’s what it takes

Dozens of studies of barriers to urban greening from across the planet have shown us where things go wrong.

One way to think about these barriers simply and constructively is to instead see them as a set of “success factors” cities need in place to avoid typical stumbling blocks. Here are a few that cities should keep in mind:

First, urban greening projects need strong leadership and support at the political and executive level, alongside a well-resourced project team.

Often greening teams assigned to deliver major plans have only one or two staff members, an inadequate budget, and unrealistic timeframes that don’t correspond to the project’s ambition.

Delivering major urban greening projects often means reclaiming road space, procuring private property, or replacing trees and plants that struggle to establish. These are normal teething difficulties, but they can lead to projects being labelled “failures” when organisations don’t have a healthy attitude to risk. 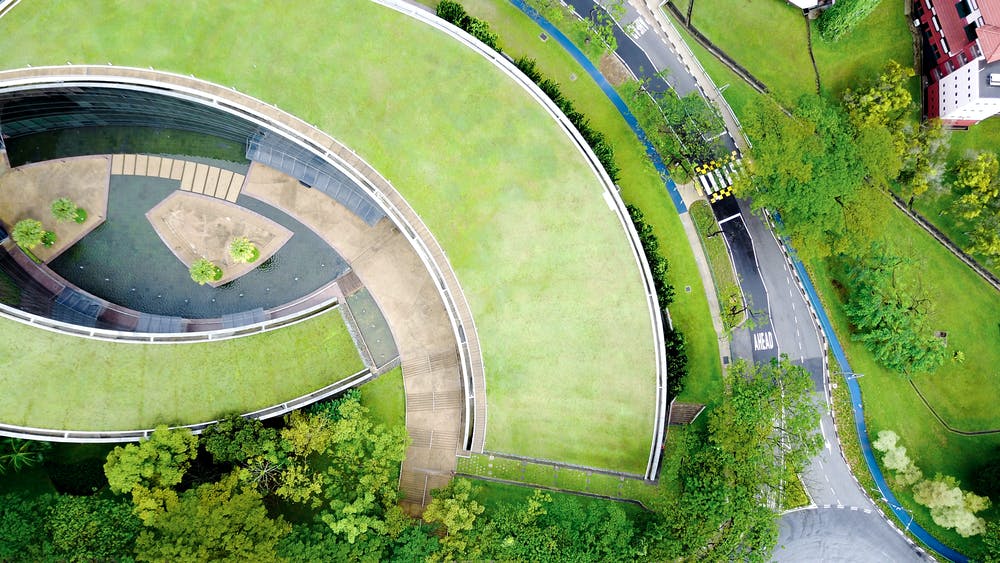 This rooftop of a building in Singapore’s Nanyang Technological University is a great example of urban greening done right. Shutterstock

One of the classic problems is that one or more key collaborators isn’t on board, and as a result is either unhelpful or actively obstructive.

This can be as direct as forming a legal agreement with a major property owner to establish a green roof, or something broader like involving the public in selecting what tree species are planted in their street. 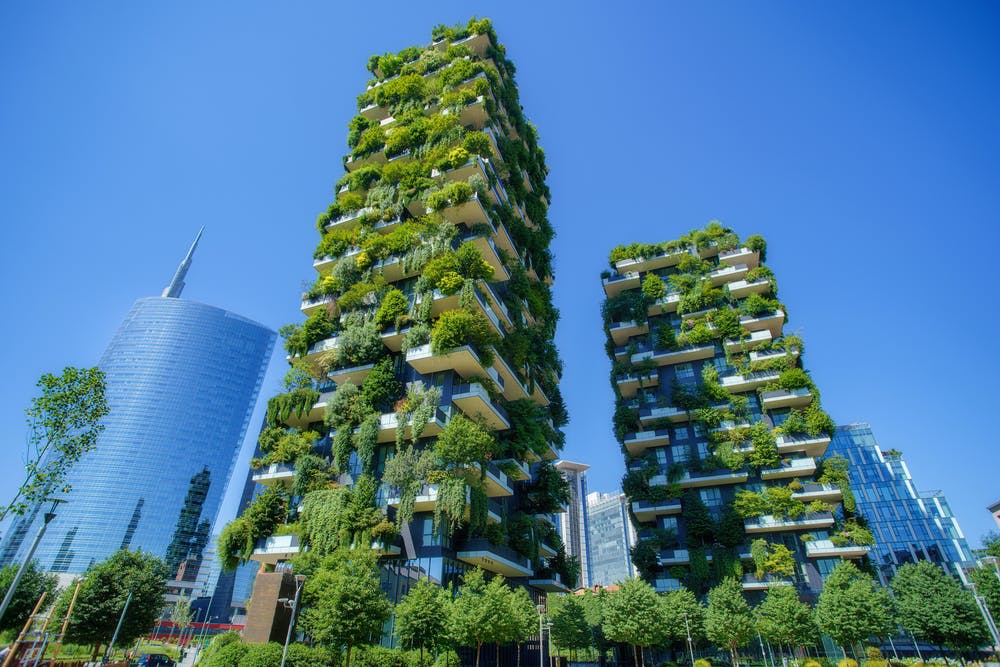 In our research paper, we built a simple self-assessment tool (you can download here) based on the above success factors. This tool can help cities identify whether they’re capable to “walk the talk”, and where to improve.

We used it to explore urban greening in a range of cities participating in Urban GreenUP — a research project aimed at re-naturing cities in the European Union to reduce heat and flooding impacts, improve air and water quality, and create urban habitat.

Through Urban GreenUP, we’ve seen a range of innovative nature-based projects begin. This includes a major streambank restoration project in Izmir, Turkey that delivered 26.5 hectares of new parkland, and floating gardens in Liverpool to enhance water quality and biodiversity.

Floating gardens have been installed at Sefton Park Lake.

They'll help the quality of the water and increase biodiversity on the lake.

But across the cities we studied, many struggled with the same three issues, even as some delivered strong results: not enough staff, no clear processes for actually delivering the greening, and risk-averse organisational culture that made doing new things difficult.

When we spoke to staff in these cities about their results, they often already knew these were barriers, but they didn’t have the power to really resolve them. The issues tend to be well above the pay grade of officers in greening teams.

These findings highlight the reforms required to get urban greening out of the starting blocks, at least in the cities we studied.

Many local governments are likely already familiar with the issues we observed, but our study suggested that, in addition to some of the big headline problems we listed above, individual cities will each face their own particular challenges.

Fixing these problems largely depends on getting executive and political leaders with clout involved to assign resources, streamline processes and modernise attitudes to risk. It’ll be a hard sell — these fiddly organisational reforms aren’t as fun as giving bold speeches or cutting ribbons.

Still, if these powerful leaders can roll up their sleeves and ensure their organisations have all the success factors in place, the rewards are clear.

Delivering urban greening at large scale will leave our cities not only more pleasant and attractive, but also healthier, and more resilient to heatwaves and flooding.