See What You Made Me Do will change the way we think about domestic violence. Here's what needs to happen now.

It may be a familiar statistic, but it is still shocking and unacceptable. In Australia, almost every week a woman dies at the hands of her partner or ex-partner.

In a much-anticipated three-part documentary, See What You Made Me Do, investigative journalist Jess Hill exposes the glaring questions our nation must address if we are to keep women safe.

Why does he do it? And how can we stop it?

For the first time, Hill’s documentary explores the complexity of family violence in visceral detail, from understanding how coercive control works, to the failure of policing and courts, and families’ gut-wrenching stories of how daughters, grandchildren, mothers or friends were murdered by their partner.

But this is not just about making TV content, it’s about making change. So, where do we need to focus our efforts and resources?

As Hill says, domestic and family violence is a “national crisis”.

According to the Australian Bureau of Statistics, one in six women, and one in 17 men, have experienced physical or sexual violence from a current or former cohabiting partner since the age of 15.

Our national helplines are overrun with calls, while police respond to a domestic violence call-out at least every two minutes.

The federal government has a long-term plan to address the gender inequalities that set up the conditions for violence. When women are not equal to men — when our attitudes and behaviours assert male dominance over women — it enables some men to abuse and it prevents women from seeking help.

Australian governments increasingly recognise the need to do more to protect women and children, from improving police responses, to providing crisis accommodation, resourcing support workers and better connecting women with support services. Yet many women are left waiting, with victim support and housing services critically underfunded to meet the demand. Clearly this needs to change.

But there is another area that remains woefully underdeveloped in Australia.

We need to urgently change how we work with men

Many state and territory policy responses talk about holding men accountable for their use of violence. This is primarily through intensified policing and court responses and there is indeed evidence these can help reduce reported domestic violence.

But we still know surprisingly little about men’s pathways into perpetration, and how we might work therapeutically, socially and culturally to intervene earlier.

For the most part in Australia, the professional response for perpetrators is a men’s behaviour change program. Yet many such programs have long waiting lists, are typically short-term (usually 20 weeks), and are often ordered by a court when a man’s violence is so severe as to reach the attention of the criminal law.

Nationally our interventions with men have largely relied on a patchwork of funding and various pilot programs. Some pilots show promise, like projects providing tailored responses to the needs of a diversity of men, or providing perpetrator accommodation with behaviour change support, or programs that intervene early with fathers at risk of using violence in the home.

Each of these pilots are promising and, if properly resourced and evaluated, will help improve our knowledge of working better with men who use violence. But there is a lot more we can be doing.

Australia is well behind other countries in terms of coordinated responses to work more holistically with perpetrators and address their use of abuse over the longer term.

Episode three of See What You Made Me Do looks at how Scotland has legislated against coercive control. But this isn’t the country’s only innovation.

In Scotland the “Caledonian system” is an integrated model that, along with a women’s and a children’s program, engages men for a minimum of two years. It includes six months of individual assessment (including engagement and motivation sessions), a 22-week group work phase, and post-group case management and support. 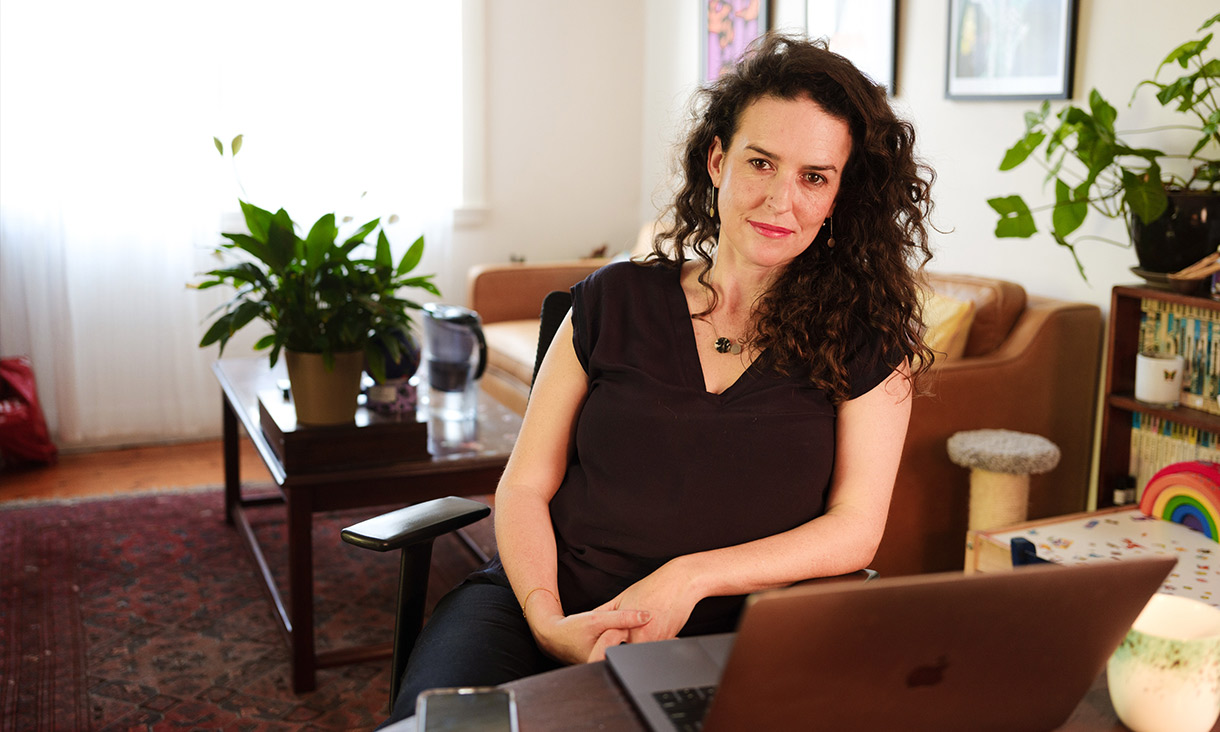 The two-year time frame is more realistic for achieving personal change over time and may provide some protective factors when families are engaged in family court or when a man repartners in a new relationship. This system was developed in 2004 and following an evaluation in 2016 is now offered in 19 councils, covering 75% of the Scottish population.

With Australia currently undertaking development of its next national plan to reduce violence against women, now is the time to draw on the Scottish experience and advance our policy approaches for perpetrator interventions.

Australia needs a national network of coordinated perpetrator interventions that engage men intensively, over time, and in a timely manner.

For decades, our national response to domestic and family violence has been to try to protect women at the point of crisis. And while we must continue to support and train police, as well as properly resource crisis accommodation and support services for women and children escaping violence, we know we need to act sooner in the pathways of violence if we are to save lives. Indeed, our national policy recognises that prevention is also key to a long-term future Australia without violence against women.

But we must also intervene with men earlier, more intensively, and for longer, to stop their use of violence. Given the high risk of repeat perpetration of domestic abuse, when we don’t work well with perpetrators we risk the cycle of abuse continuing in their current and future relationships.

See What You Made Me Do makes for confronting viewing — it is a problem that involves people all around us in the community. As Hill tells us, there are three million Australian adults and children who are victims of domestic abuse.

Yet we need to do more than acknowledge the scale and reach of domestic violence. The critical message is we must take immediate and innovative action to address it. This is going to take a shift in our approach to domestic violence — one that draws on international best practice and develops a national approach that supports men to change, while holding them to account.

See What You Made Me Do premiered on May 5 on SBS, NITV and SBS On Demand.

Research finds why some stay longer in social housing than others

Social housing provides safe, secure, long-term accommodation for some of the most disadvantaged in the community. But some people are more likely to stay housed longer than others.