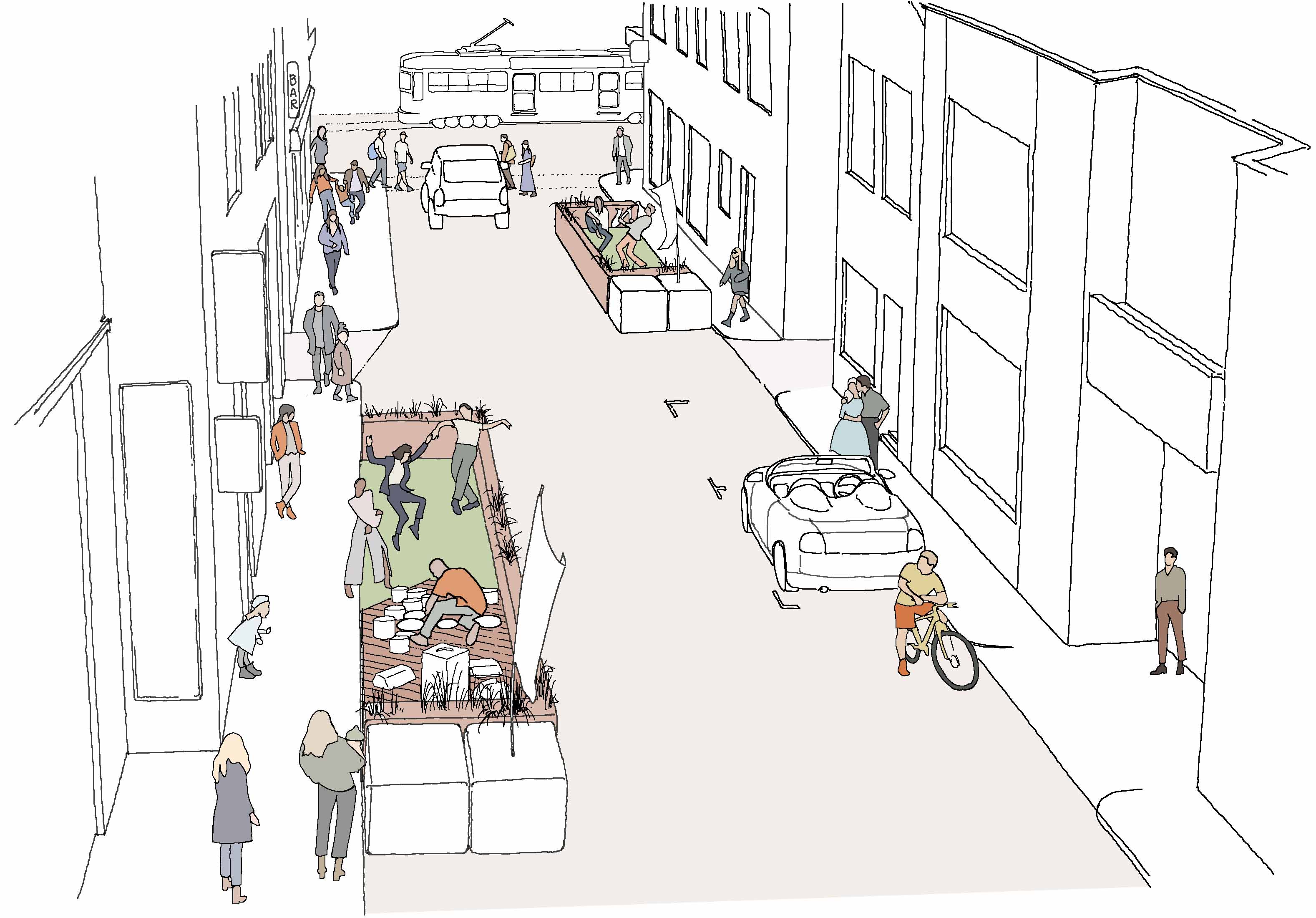 Running for two weeks until December 5, the colourful installation will host a changing program of games and performances featuring music, soundscapes and plants.

Unlike most parklets, which are filled with cafe seating, this one has been designed to encourage people to simply play.

From pop-up street games, musical plants and augmented reality experiences – the parklet is about Melburnians connecting and having fun while playing in public space.

When not programmed, the space will be freely available for anyone to relax, socialise or play informally. 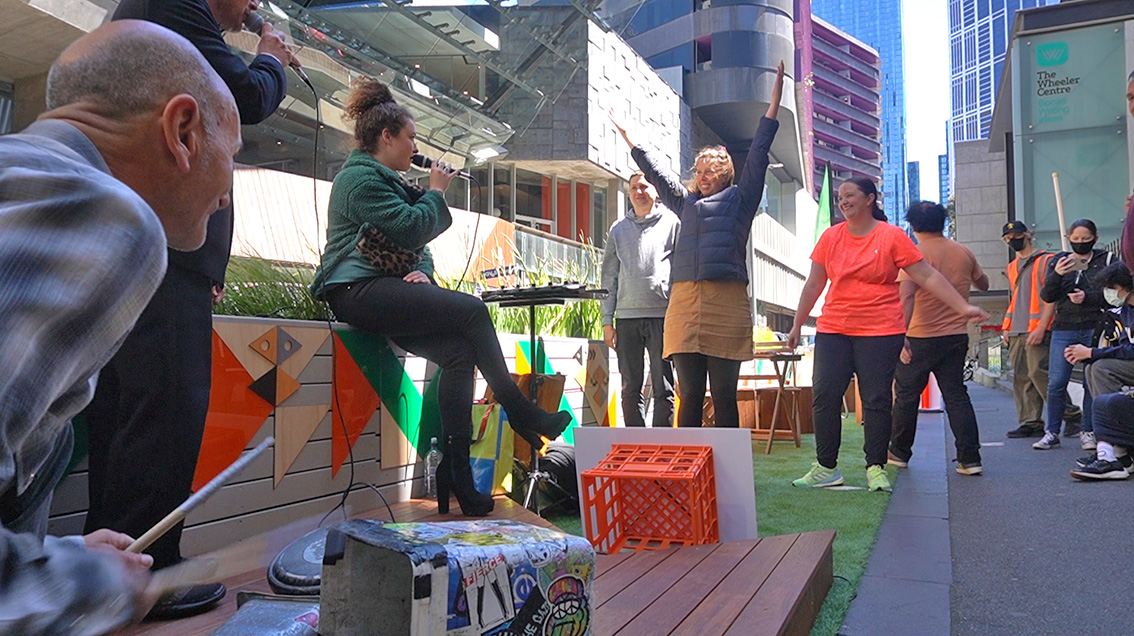 A live music game for three musicians and three players.

The parklet aligns to the City of Melbourne’s Inside Out post-lockdown initiative and draws on extensive RMIT design research and the Playable City Melbourne project.

Dr Troy Innocent, a Vice-Chancellor’s Senior Research Fellow in the School of Design, said parklets are not just for tables and chairs.

“There is a fervent ongoing debate in Melbourne and other cities about the value of street parking versus other potential uses, and the need to expand and enhance public space to support social life," he said.

We wanted to remind people and local governments that streets are for people, not just for cars, and parklets can be for play, not just for dining.

“Streets are vital community spaces, and parklets can enhance that role.”

“Parklets like this one can temporarily transform urban spaces to demonstrate and evaluate what’s possible,” he said.

“They can extend the amount of time people spend in their local neighbourhoods, which is good for business.”

“In cases such as the pedestrianisation of Ballarat Street in Yarraville, once businesses could see the benefits, they were won over,” he said.

“The best way to see what’s possible is to try it in practice.”

The researchers are keen to see how many people visit the parklet and to study the benefits for users.

They hope to apply these insights when redeploying the mobile parklet to streets in other local government areas.

The parklet will stand for two weeks until December 5 alongside State Library Victoria on Little Lonsdale Street, between Swanston and Russell Streets.

Playable City Melbourne is part of the British Council UK/AU Season, with over 200 events showcasing the diverse, vibrant arts sectors in Australia and the UK. This program is part of a collaboration with the Watershed Pervasive Media Studio exploring the impact of urban play on public space.