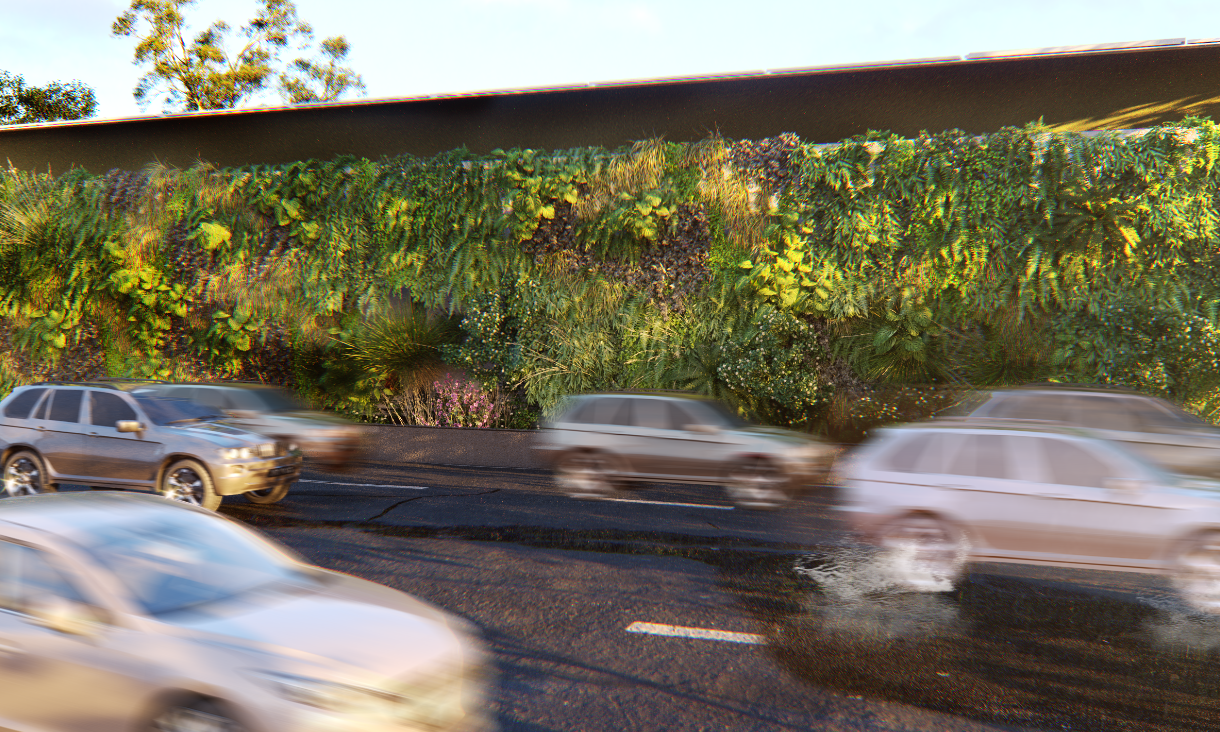 RMIT architect and sustainability lecturer Nadine Samaha says existing motorways use concrete and steel columns, which can reduce noise but make no impact on air quality - a particular problem for residents near major roads.

“Motorway air pollution can have a significant effect on the health of residents living nearby,” says Samaha, from Level Architekture and the RMIT Urban Futures Enabling Capability Platform.

“75% of Melbourne’s air pollution is caused by vehicle emissions which carry harmful chemicals that can have devastating health impacts including cardiac arrest, low birthweight, asthma and reduced lung function in children.

“According to the Australian Institute of Health and Welfare, more than 3000 Australians die early from urban air pollution each year – more than the national road toll.

To reduce air pollution on Melbourne motorways, the project integrates a combination of vertical greening, green walls and rain gardens to absorb some of the motorway’s vehicle emissions. 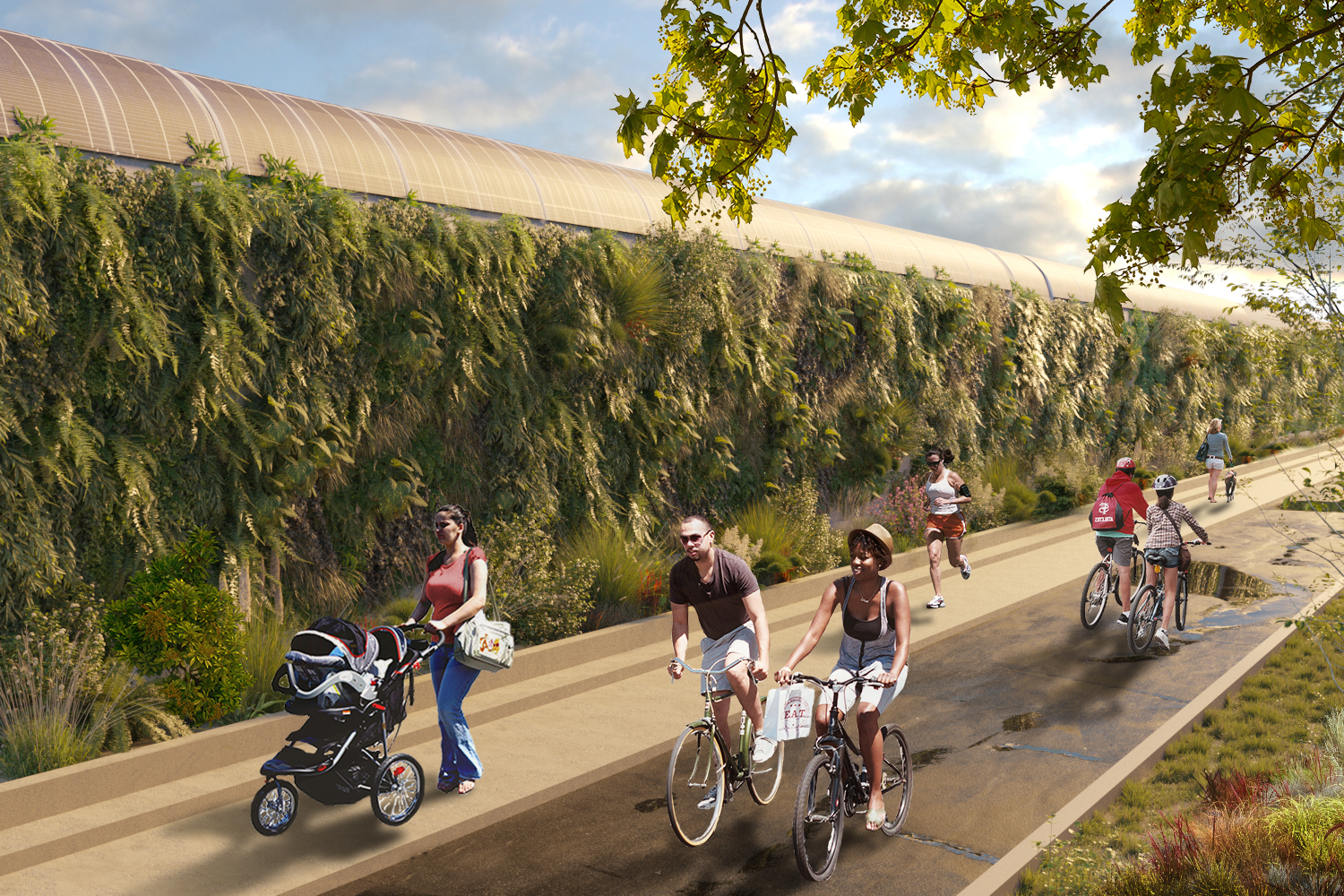 “A study conducted by the University of Surrey found just having trees besides roads is not enough to reduce air pollution,” Samaha says.

“This is because the tree canopy is often too high to provide a barrier or filter for road-level tailpipe emissions.

“They found the most effective way for improving air quality, reducing pollution exposure and cutting back carbon by up to 63%  is to plant dense green infrastructure hedges or a combination with trees.”

However there is always residual noise that impacts on the wellbeing of residents living nearby motorways, Lacey says.

“By integrating sound capturing systems of residual noise with microphones we can change the typical noise heard on highways into something more melodic,” he says.

“This process, known as noise transformation, captures residual noise which is then fed back through a computer-based algorithm and played back through a speaker array to mix with environmental sounds.

Schematic of the proposed noise barrier.

Lacey has successfully applied this concept with a research team, including Professor Sarah Pink from the Emerging Technologies Research Lab at Monash University and Associate  Professor Lawrence Harvey from SIAL Sound Studios at RMIT, with an Innovation Grant from Transurban.

“To contain noise further, we suggest curving the noise barriers structure at the top to reflect the noise back onto the motorway, further reducing sounds from spreading to surrounding suburbs,” he says.

“Combining these modifications with the noise transformation effects should significantly reduce noise pollution and improve motorway environments in urban centres.”

With the designs proposed in Transforming Melbourne Motorways’ Noise Barriers, Samaha hopes the project can further create a greater connection between people and the natural environment for healthier and liveable cities.

“Cleaner and greener spaces with reduced noise and air pollution, may see further health benefits for residents living nearby,” she says.

“It may also encourage a healthier and more active lifestyle.”

The Transforming Melbourne Motorways’ Noise Barriers project team is currently looking for partners to trial and implement the proposal. Contact the team.

Train station precincts with more shops and apartment blocks are key to getting residents walking, a new report has found, with stations in Melbourne’s north and south-east ripe for redevelopment.

The homes we live in, and the homes we’re building, are not what we need in a changing climate. Dr Mittul Vahanvati explains what this means and what we need to change to support climate resilience in Australia.

Meet the women helping plan the cities of tomorrow

As Melbourne grows, we need to better plan how we build healthy, equitable and liveable cities. Here four RMIT researchers talk about how their work is helping deliver better cities.