Charles ‘Chuck’ Feeney and his wife Helga Feeney have been awarded the Doctor of Law honoris causa at RMIT’s 2022 graduation ceremony.

Recognised as two of the world’s most significant philanthropists and role models, the pair have a long-standing commitment to education philanthropy.

Born during the Great Depression to blue-collar Irish-American parents in New Jersey, USA, Chuck Feeney amassed great wealth through his co-founding of Duty Free Shoppers (DFS) in 1960s. However, business success for its own sake was never his focus and nor was a lifestyle of wealth.

Instead, he wanted to help others and in 1982 founded The Atlantic Foundation into which he transferred enormous wealth and set about changing lives.

Speaking in a video message to 8,800 graduands at Marvel Stadium, Helga Feeney said it was the perfect time for the graduates to formulate ideas about their own generosity.

“This is a perfect time to frame your thoughts on how you will harness your own time, your own talents and your own treasure for the betterment of humanity,” she said.

She said Chuck’s philosophy of ‘Giving While Living’ would be a useful reference point for graduates to consider.

“Simply stated, Chuck’s philosophy was to use his significant wealth to help others and to do so during his lifetime,” she said.

“This approach allowed him to solve today’s problems today and to personally select grantees according to his personal assessment of who could benefit most from a grant.” 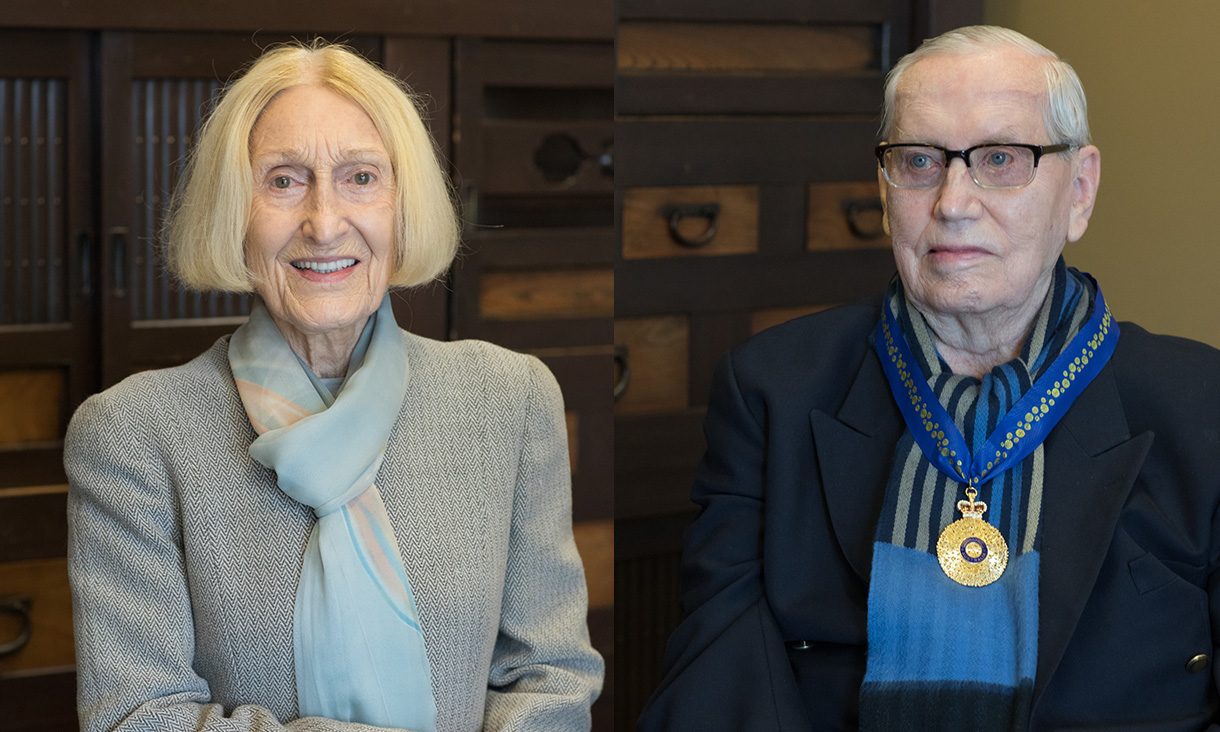 Helga and Charles Feeney pose for a headshot.

Through this foundation, Feeney sought opportunities to make a difference around the world and this included sharing the University’s vision for RMIT Vietnam where he provided early support in excess of US$39 million to establish an IT centre, scholarships, a 240-bed student dormitory, a sports and leisure facility, and more.

Beyond RMIT, he has also been a generous donor to other educational institutions and to the modernisation of healthcare in Vietnam. This foresight has transformed the futures of thousands of hopeful students in a rapidly changing country.

Chuck and Helga Feeney have always recognised the transformative power of education and research and thanks to their generosity, lives have been changed and generations re-shaped for the better.

Accepting no recognition for their giving until later in life, they now encourage other young entrepreneurs to give from a young age and to share their success.

Now closed, their foundation gave US$8 billion over 38 years to promote greater fairness and equity for all and this will echo for decades to come.

RMIT Council and Academic Board are proud to award the Doctor of Law honoris causa to Charles and Helga Feeney.

Charles ‘Chuck’ Feeney and his wife Helga Feeney have been awarded the Doctor of Law honoris causa at RMIT’s 2022 graduation ceremony.