As high global oil prices, spurred by Russia’s invasion of Ukraine, drive up the price of fuel and many other things too, there’s pressure on Australian politicians to offer some relief.

There are calls for the federal government to cut the fuel excise (currently 44.2 cents a litre) and for state governments to also respond.

The Tasmanian government is making bus services free for five weeks to offset cost of living increases. In New Zealand the government has halved fares.

On average, about 80% of travel in Australian cities is undertaken by private vehicles, but car dependence differs significantly by area.

People who live in inner and middle suburbs and work in the CBD use public transport at much higher rates than residents and workers in outer and fringe suburban areas.

This is principally because public transport services are generally much better in inner and middle suburbs, and serve CBD-focused journeys well. The further a worker is located from the CBD, the more they are likely to be forced to rely on private automobiles and travel to dispersed workplaces.

The first map shows Melbourne’s public transport network service quality. In the green areas, services are frequent and connected; in the black areas, they are residual. 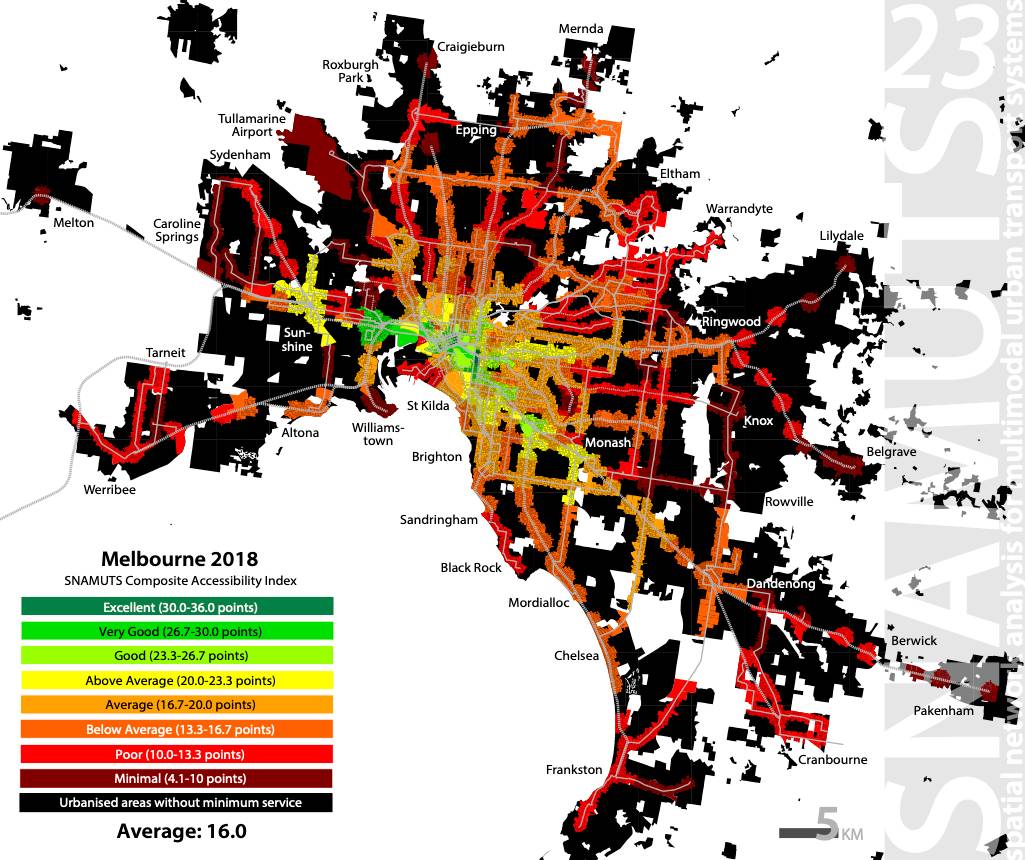 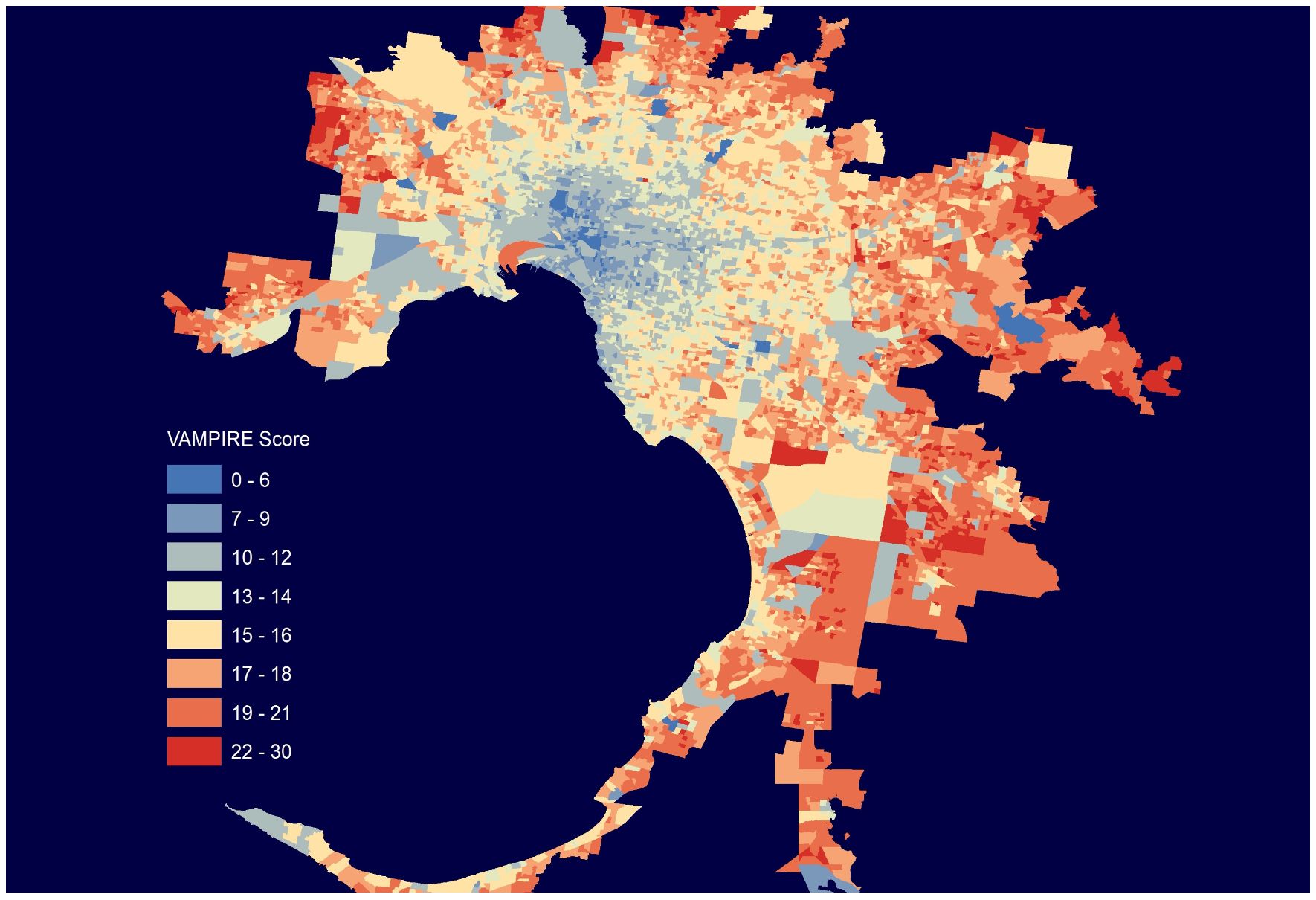 VAMPIRE score’ refers to the name of the dataset, the Vulnerability Analysis for Mortgage, Petroleum and Inflation Risks and Expenditure, which is available via the AURIN Map portal.

The third map shows the distribution of Melbourne households by weekly income. There are variations but poorer regions tend to poorly serviced by public transport. 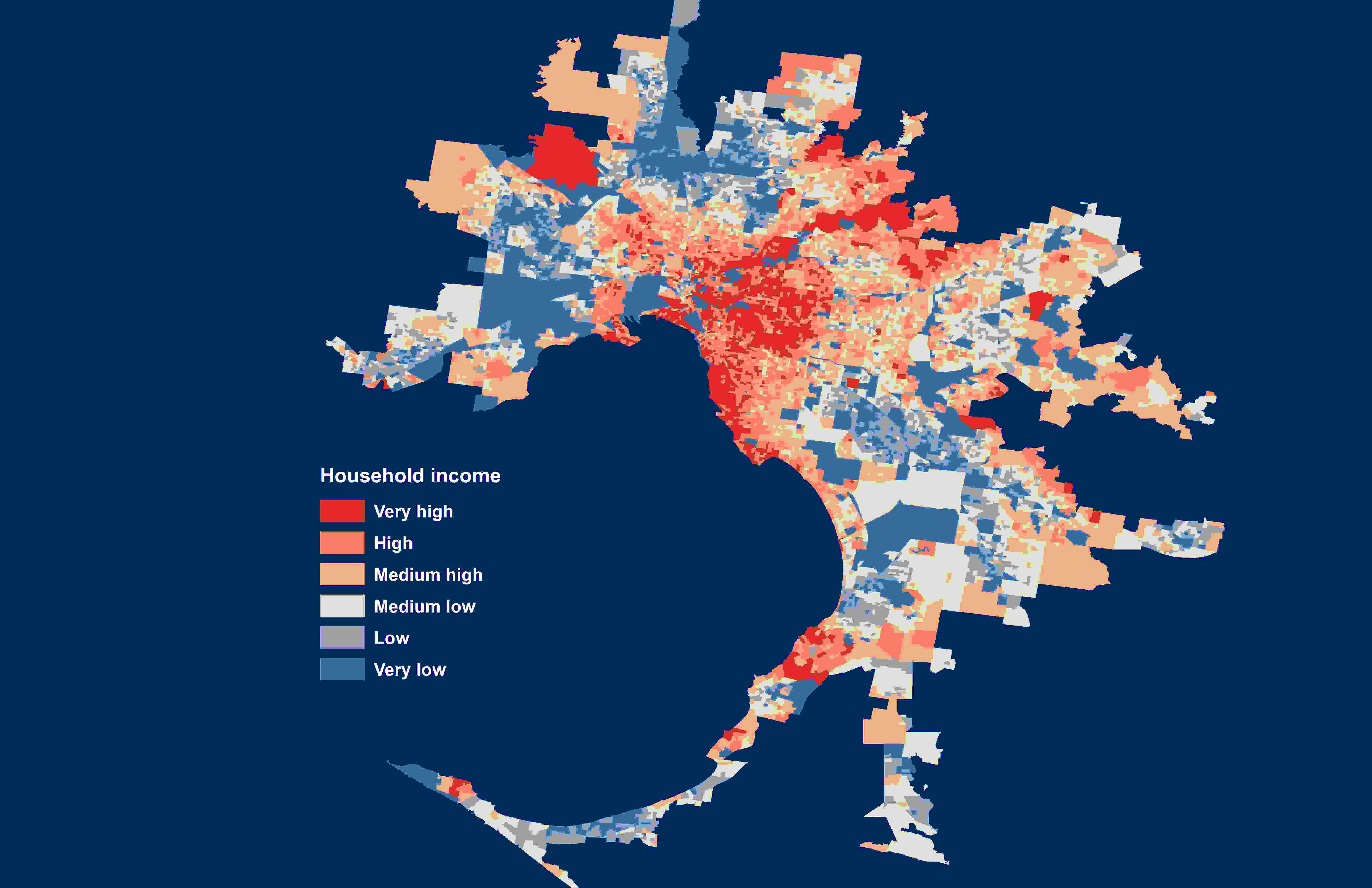 These pattern of households in poorer areas being more dependent on private transport generally apply in every major Australian city (with some variance).

Research we’ve done using census data shows the commuting cost burden – the proportion of income spent on transport – for the average service worker in the retail and hospitality sectors is double that of a professional in the scientific and financial sectors.

The following map shows the commuting patterns for retail and hospitality workers who travel by car. These are highly dispersed, and largely in the areas poorly served by public transport. Making inadequate public transport free won’t help them much. 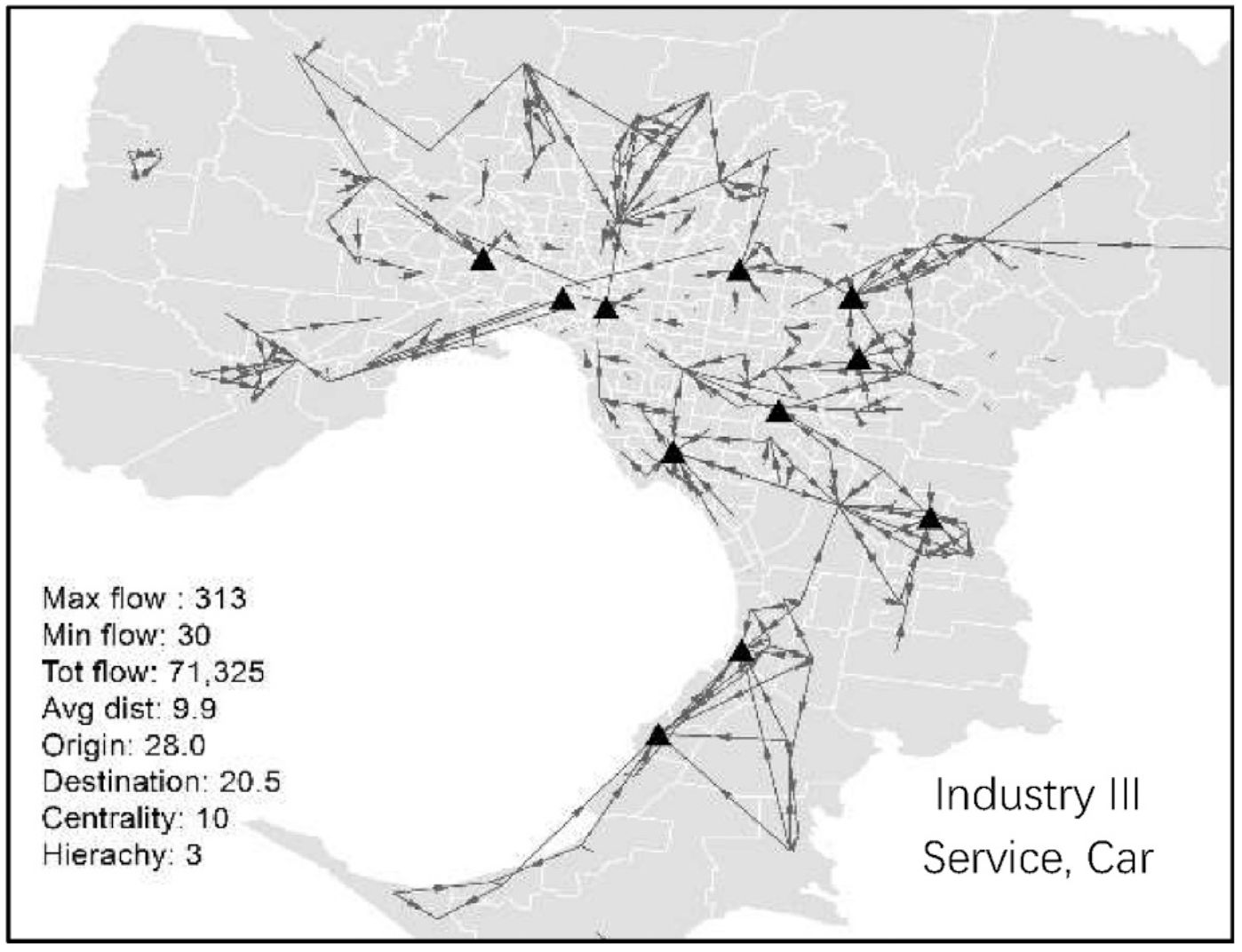 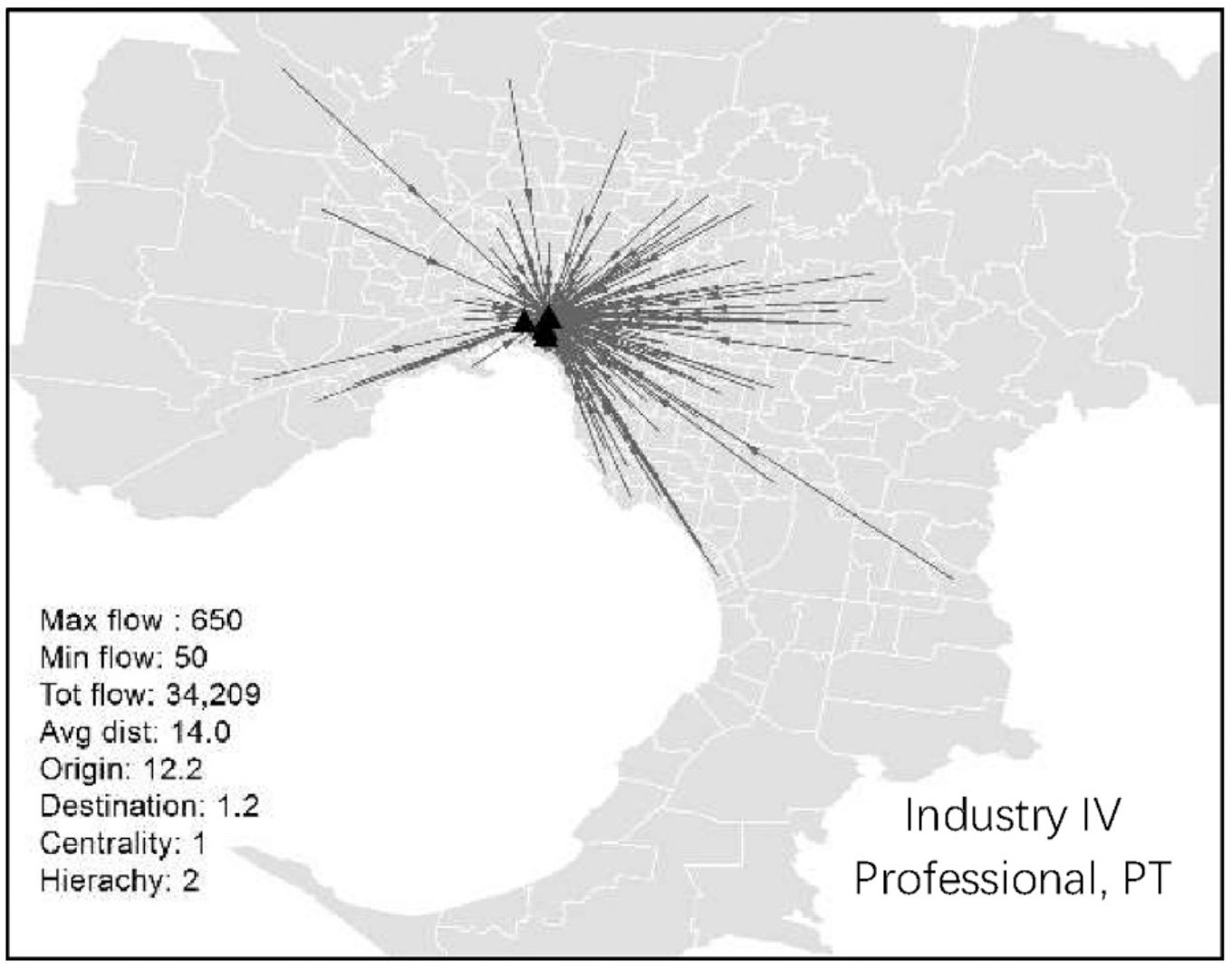 What needs to be done

So what what would be a less regressive response to higher fuel prices?

Measures could also include incentives to accelerate the transition to electric vehicles, but these also require care to ensure subsidies do not just benefit wealthier purchasers who can afford a new car while those on lower income driving older cars miss out.

While there’s a push now to slash the fuel excise duty, there’s a long term case for actually increasing it, based on international evidence showing higher fuel taxes do shift travel behaviour away from cars and reduce reliance on fossil fuels.

A generalised carbon price could have a similar affect and help drive down emissions. However, the regressive aspects of increased taxation would also need to be addressed through income measures and ensuring the extra revenue is used to improve public transport in oil-vulnerable suburbs.