The global recession will increase the risk of modern slavery. Banks can reduce this risk. 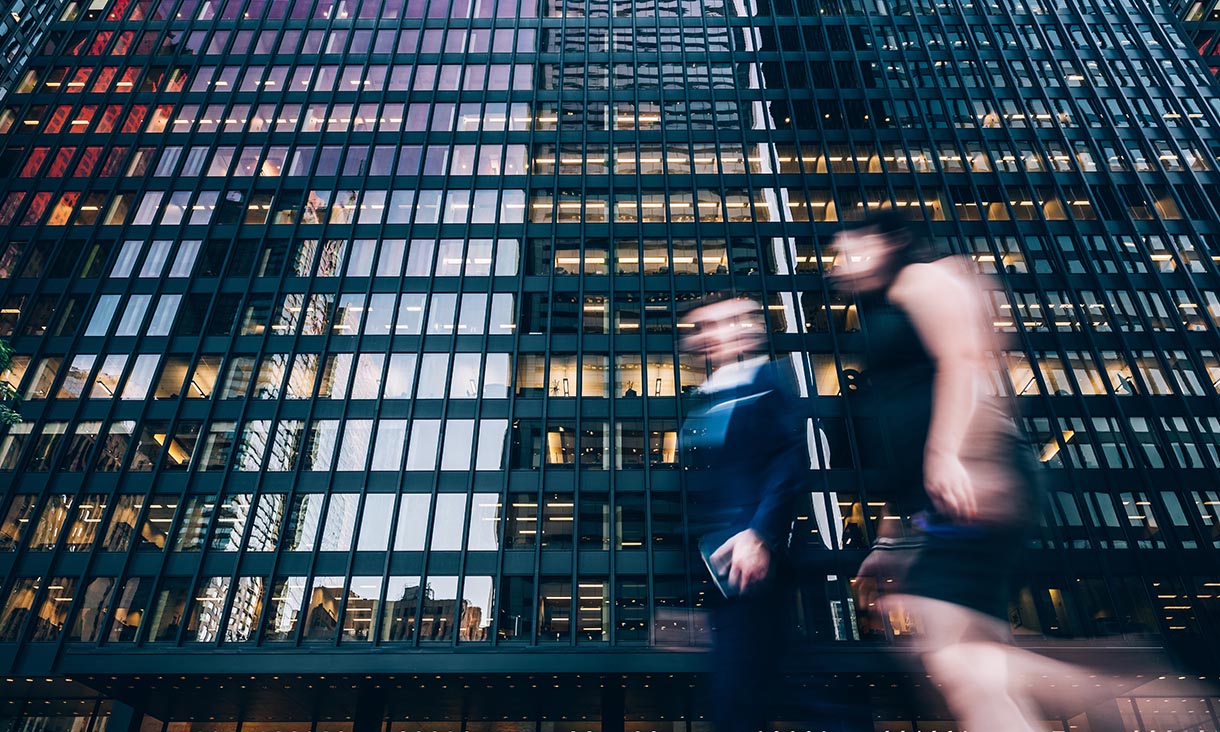 The global recession will increase the risk of modern slavery. Banks can reduce this risk.

As the global recession caused by COVID-19 deepens, the risk that banks are funding activities associated with modern slavery and land grabbing increases. Australia’s big banks are shielding homeowners from COVID’s economic impact. But they need to do more to protect the vulnerable outside Australia as well, where they have big business.

As the COVID-19 pandemic results in the biggest global economic recession ever witnessed, millions of people who have lost work become vulnerable to land grabbing and modern day slavery. There is ample evidence human trafficking increased following the 2008 financial crisis, and there is every reason to believe it will increase again now, unless action is taken to stop it. The World Bank estimates that it will push 40-60 million people into extreme poverty, with the best estimate being 49 million. Australia’s Asian neighbours, where our big banks invest, are estimated to be particularly hard it. In 2019, corporate debt reached record levels and was listed by the IMF as a key vulnerability in the global financial system. The World Economic Forum has warned that private debt is likely to increase significantly in the current context, adding to the risk of bankruptcies and unemployment.

With these comes modern slavery. Families sell their daughters into sex work to feed their other children.  People pay traffickers to take them to more economic prosperous regions. Workers go into debt to job recruiters, resulting in debt bondage. Families sell their traditional farming lands to agribusiness and mining companies to survive in the short term, robbing future generations of economic security.

How are banks implicated in modern slavery and land grabbing?

Our research shows that banking practices are linked to modern slavery and land grabbing a number of ways.  By funding loans, or investing in extractives and logging companies through share ownership, human rights violations are enabled, rather than being eradicated.

Indeed, the funding by Australia’s major banks of ‘land grabbing’ is well documented. This includes Westpac Bank of PNG funding a Malaysian logging ‘giant’ linked with corruption and environmental degradation; CBA investing significant equity in a Brazilian sugar cane conglomerate which continued to do business on demarcated, indigenous land; and NAB financing an Indonesian plantation, enabling ongoing clearing of indigenous land.[1] ANZ breached its own due diligence guidelines in 2010, by funding a Cambodian sugar plantation which perpetuated unauthorised land evictions - at gun point.[2] The evictions and destroyed farming land resulted in families – including children - working on the plantation where they once lived. Deaths were recorded from unsafe conditions. Australian banks continue to provide credit, corporate loans and underwriting facilities to at least eight companies linked with human rights abuses in the palm oil industry.[3]

Banks can also be associated with modern slavery and land grabbing in ways they don’t realise if they don’t take adequate steps to track the risks: through project finance; through investing by acquiring securities in businesses which engage forced labour; through provision of open credit such as corporate credit cards used to obtain illicit services; through supply chains, such as acquiring uniforms made by unregulated garment workers; or using cleaning contractors who engage bonded labour. Further, banking facilities may be used by criminal enterprises for the purpose of laundering money obtained through human trafficking and sexual slavery. The CBA money laundering scandal linked the bank to terrorism financing, [4] and 2019 we learned that Westpac’s purchase payment facilities had been used to pay for child sex.[5]

Banks have tools for assessing human rights risks, but they are not using them well

Australia’s banks have a responsibility to address modern day slavery and human rights breaches, and provide compensation for harms caused to international communities by irresponsible lending and investment, and the tools to do so. By signing on to, or agreeing to abide by United Nations instruments such as the Global Compact,[6] Guidelines for Business and Human Rights, and Principles for Responsible Banking,[7] the ‘big four’ banks make promises. This includes upholding the highest standards in governance, and promising to not harm the environment or infringe human rights through lending, credit or investment.

One significant mechanism enabling government, civil society and consumers to better understand how businesses are identifying, mitigating and eliminating modern slavery in their operations and supply chains are new laws requiring large Australian businesses to produce modern slavery statements from late 2020. An indicator of the quality of these statements may be seen in reports produced under similar UK laws. Our research highlights the poor standard of reporting by Australia’s big four banks including vague statements; a focus on reputational risks; and an emphasis on ancillary chains such the supply of coffee, without acknowledging core business risks which may exist in lending, financing, insuring or investment.

Not enough pressure on banks regarding ethics overseas

Where domestic banking misconduct has been exposed through investigations such as the Banking Royal Commission and ASIC and APRA inquiries, these inquiries have not been active about the role of banks in causing – directly or indirectly – harm to international communities.

But pressure can work.  In 2018, in relation to land grabbing allegations in Cambodia, ANZ initially stated “ANZ does not accept that it should divest itself of the profits it earned as a result of its commercial relationship”. After the Australian National Contact Point stepped in, ANZ acknowledged that its initial due diligence was ‘inadequate’, it admitted being ‘unsuccessful’ in encouraging the business to remedy the harm,ß and confirmed that it  would ‘pay the profit it earned from the loan, to the affected communities’.[8] This compensation represents a watershed for responsible banking in returning tainted profits.

Australian banks can be part of the solution to modern slavery

Current banking action in Australia show banks are capable of acting responsibly.  Domestically, our banks are providing remedy through financial compensation to victims of unethical and illegal conduct, highlighted by the banking Royal Commission. And their leadership in the COVID crisis signals the importance placed by the banking sector in buttressing a stable economy by supporting workers and businesses experiencing financial hardship. Australian banks acted swiftly to protect Australian homeowners and businesses from the sudden economic impact caused from COVID 19. In February at least 22 Australian banks offered small businesses deferred loan payments, fee waivers and restructured loans.[9] By March, this extended to widespread 6 month deferrals on home mortgages.[10] In so doing, Australian banks are playing a key role in protecting our economy, through mitigating financial hardship caused by trade restrictions and job losses and this should be commended.

Similar steps must be taken in overseas operations. As the global recession worsens, deferred loan payments, fee waivers and restructured loans will help to reduce the number of bankruptcies and reduce unemployment in neighbouring countries as well, where Australian banks face less scrutiny. Robust due diligence will help to identify the biggest risks of modern slavery and land grabbing. Extra effort must be made to ensure that products and services comply with anti-money laundering and counter terrorism financing laws. And as the ANZ Palm Sugar example shows, banks must take swift action to remedy problems when they are discovered.

ANZ has shown the world that it can agree to divest itself of tainted profits and compensate displaced villagers in a foreign land.  It is time for all Australian banks to account for harm, rather than profits.

We invite you to join Professor Julie Cogin, Deputy Vice-Chancellor and Vice-President, College of Business, RMIT University and the RMIT Business and Human Rights Centre for the launch of the report, "First Peoples and Land Justice Issues in Australia" on 17th March 2021 at 10.30am.

Imagine wanting to have a baby, but not being able to conceive naturally. Imagine spending significant personal savings—and time—coordinating with lawyers and ‘baby brokers’ in order to have your own baby born through surrogacy.