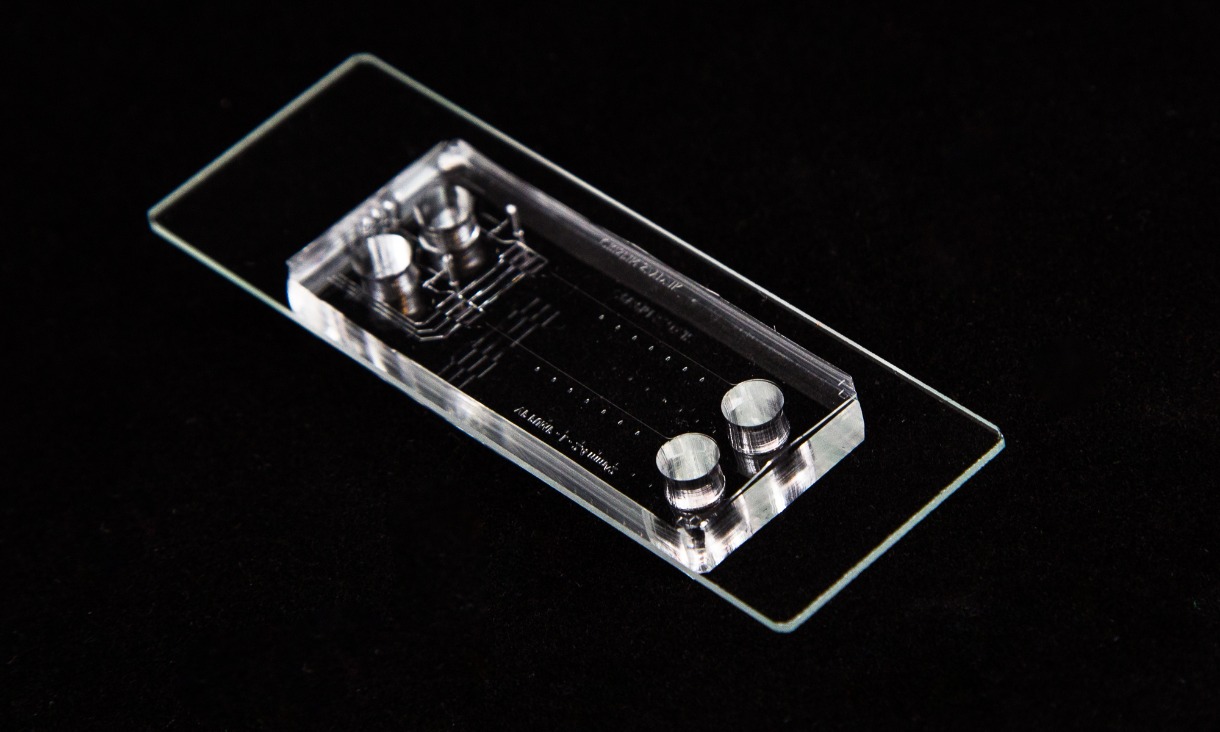 A tiny lab the size of a postage stamp could be the next big thing in the search for safer anti-clotting drugs to prevent heart attacks and strokes.

The effectiveness of current anti-clotting medication can be limited due to the risk of complications, driving a need for alternatives that can both prevent the formation of blood clots and reduce the risk of excessive and life-threatening bleeding.

The new biocompatible lab-on-a-chip, detailed in a paper published recently in the journal Analytical Chemistry, could help accelerate the discovery and development of new anti-clotting therapies.

The technology has been developed by a team of biochemists and engineers led by RMIT University and the Haematology Micro-platforms group at the Australian Centre for Blood Diseases (ACBD).

It effectively shrinks a medical pathology laboratory onto a small chip, with automated processes that can achieve in a few minutes what could take days in a full-sized lab.

The new device is designed specifically to work with the complex and sensitive biology of blood, featuring a unique system of micropumps and analysis tools for testing the effect of chemical compounds on how the blood clots.

Lead investigator Dr Warwick Nesbitt, RMIT and Monash University, is working with collaborators at the ACBD to use the pioneering device to better understand clotting mechanisms and develop new anti-clotting drugs.

Nesbitt said very few microdevices developed to date were suitable for clinical or research use, because they had not been driven by insight into how blood actually behaves.

“Blood is extremely sensitive to artificial surfaces and clots very easily, so blood-handling technologies must be equally sensitive,” Nesbitt, a Vice-Chancellor’s Senior Research Fellow at RMIT and group leader at ACBD, said.

“We’ve combined a deep understanding of the biology of blood with precision microfabrication engineering and design, to deliver a device that can work with whole blood and produce reliable results.

“We hope this powerful new tool will give researchers an edge in delivering better and safer anti-clotting treatments, to improve the health and wellbeing of millions around the world.”

“It’s a key step towards the development of quick and efficient microsystems for pre-clinical and clinical haematology screening and diagnostics.” 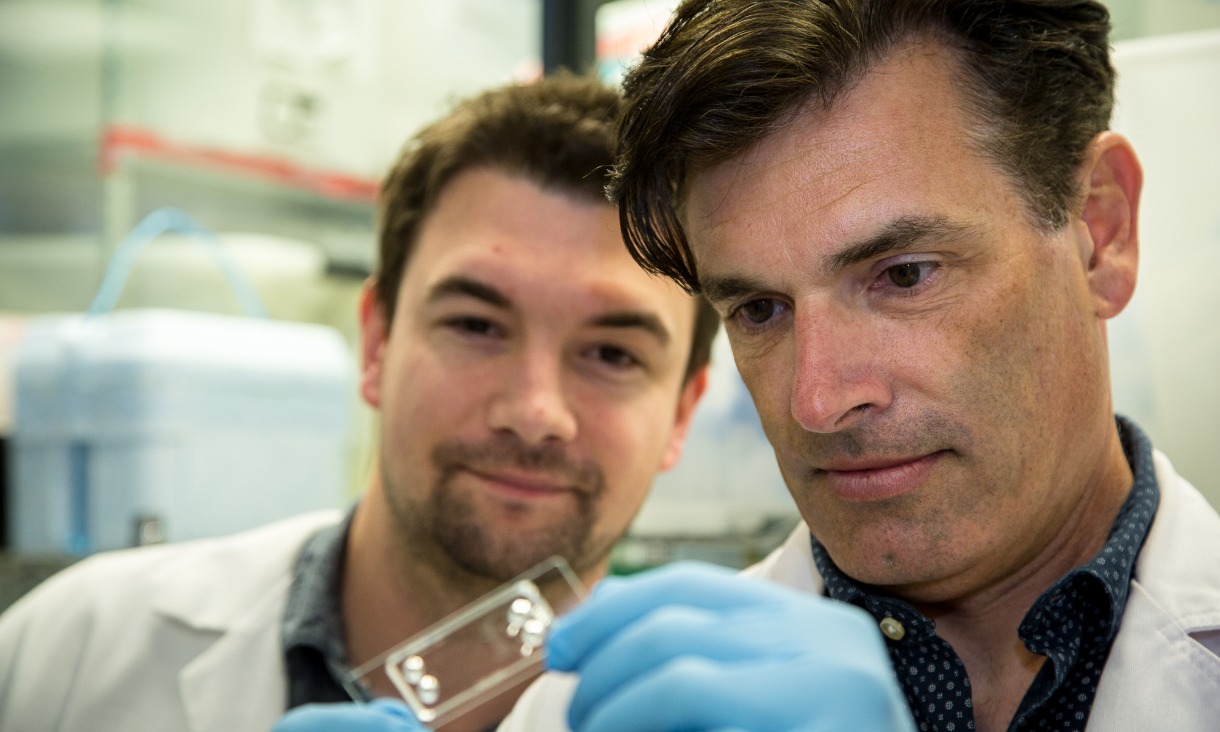 Honey I shrunk the lab: how it works

The microlab can screen hundreds of drug compounds in just a few hours, revealing their effect on blood and quickly identifying those that have the most potential for clinical use.

The device is based on microfluidic chip technology developed at RMIT’s Micro Nano Research Facility (MNRF) and within the Vascular Biology Laboratory (ACBD – Monash University).

A microfluidic chip contains an array of miniature channels, valves, processors and pumps that can precisely and flexibly manipulate fluids.

The chips combine speed, portability and capacity, handling vast quantities of tiny processing elements. Importantly, they are also scaleable and cheap to produce.

The microfluidic technology was combined with a sensitive assay for testing how platelets - the component of blood that forms clots - respond to different chemical combinations.

In a proof-of-concept application, the microlab was used to investigate how dosing blood with select small molecule inhibitors affects platelet thrombus dynamics, that is, how the platelets clump together.

The promising results demonstrated that the automated lab-on-chip could accurately control blood flow, deliver and mix drug compounds with blood in seconds and send the dosed blood to a downstream thrombus assay system.

MNRF Director, Distinguished Professor Arnan Mitchell, said existing technologies for testing chemical compounds in blood are highly labour intensive and time consuming, limiting how many can be screened at any time.

“Our device enables researchers to send hundreds of potential combinations through the system, mixing them with blood extremely rapidly and delivering results in just a few minutes,” Mitchell said.

The research, with co-lead author Rose Brazilek (Monash University) and collaborators from University of Melbourne, has been published in Analytical Chemistry (DOI: 10.1021/acs.analchem.9b02486).

The chip features a unique system of tiny channels and pumps for rapidly manipulating fluids.