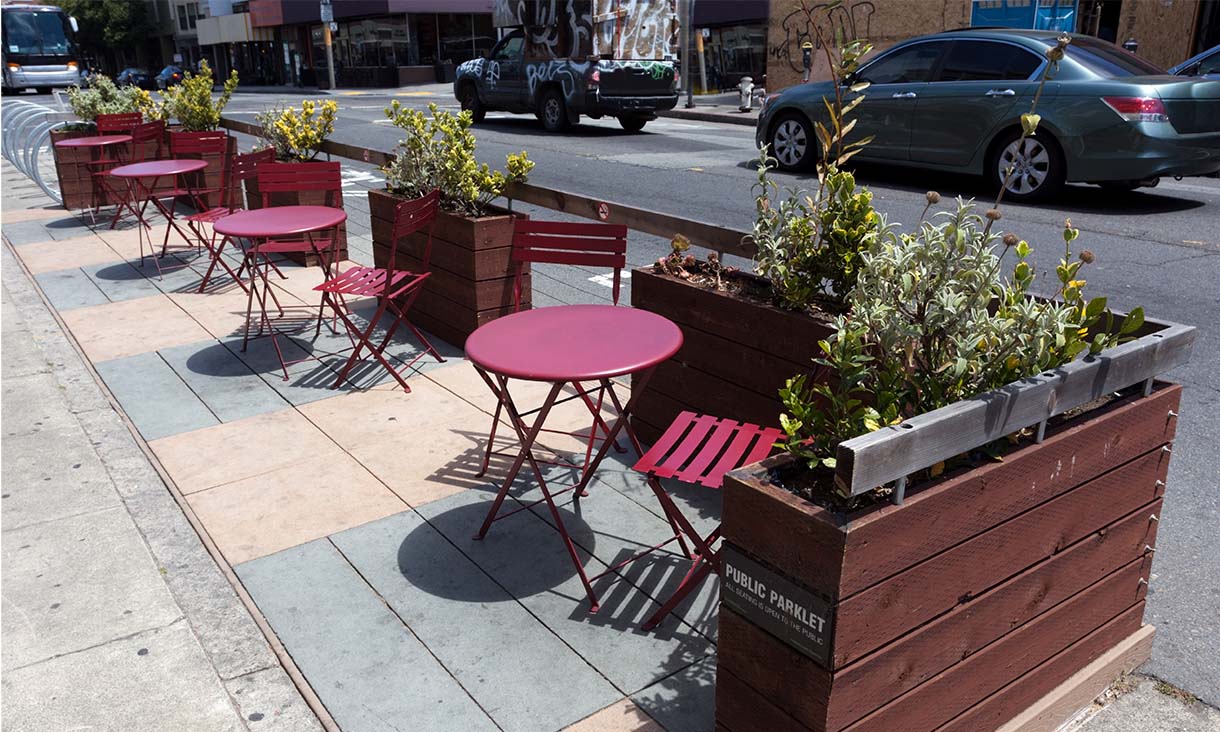 As Melbourne embarks on a spring awaking, businesses are looking to the streets to keep the doors open.

Now there’s evidence the temporary footpath extensions made by several councils should be made permanent, with the study revealing traffic to pedestrian ratios were always out of whack in many shopping strips.

The research into 57 inner-city Melbourne shopping strip locations found pedestrians and outdoor diners are being short changed, only given 33% of street space despite accounting for 56% of the traffic.

“We found there’s an undersupply of space for pedestrians, compared to what’s given to parked cars, motorists and other road users,” he said.

“Now we have proof these should not be temporary measures – we need to share the space effectively and adapt as trends change.”

At the popular Puckle Street shops in Moonee Ponds, for example, pedestrians accounted for more than 80% of those using the street but were given only 35% of the street space, in the form of footpaths.

Out of the 22% worth of space allocated for car parking, those parking cars only accounted for 7.5% of all people using the shopping strip.

De Gruyter said his research into street space allocation, the first of its kind in Australia, should empower councils like Moonee Valley – where mayor Cam Nation recently floated the idea of shutting down a street to motorists over summer in favour of outdoor dining parklets – to make informed decisions.

“But we knew little about what was allocated and used by each mode of transport in cities, despite the importance of fairly allocating street space.”

Despite the oversupply of space for bicycle lanes, De Gruyter said usage would certainly increase if they were more than just a painted white line and converted to Copenhagen style lanes, which are separated from car lanes.

Between October and December 2020, researchers measured each site in terms of the amount of street width provided to each mode of transport, including shared space.

They returned to some locations in March and April 2021 – during relaxed COVID restrictions – and found the overall conclusions were the same: street space for pedestrians was undersupplied and could be increased at some places through converting existing on-street parking.

With cities increasingly looking to embrace sustainable transport, like walking, cycling and public transport, knowing how much space to give to each mode is crucial.

“It is also relevant in the context of COVID, where more space is being sought to support physical distancing and outdoor gatherings,” De Gruyter said.

De Gruyter is continuing to inform local governments on how their streets are used to provide an evidence base for planning decisions.

‘Street space allocation and use in Melbourne’s activity centres’, with Chris De Gruyter, Seyed Mojib Zahraee of RMIT University and William Young of Monash University, is published by RMIT’s Centre for Urban Research.