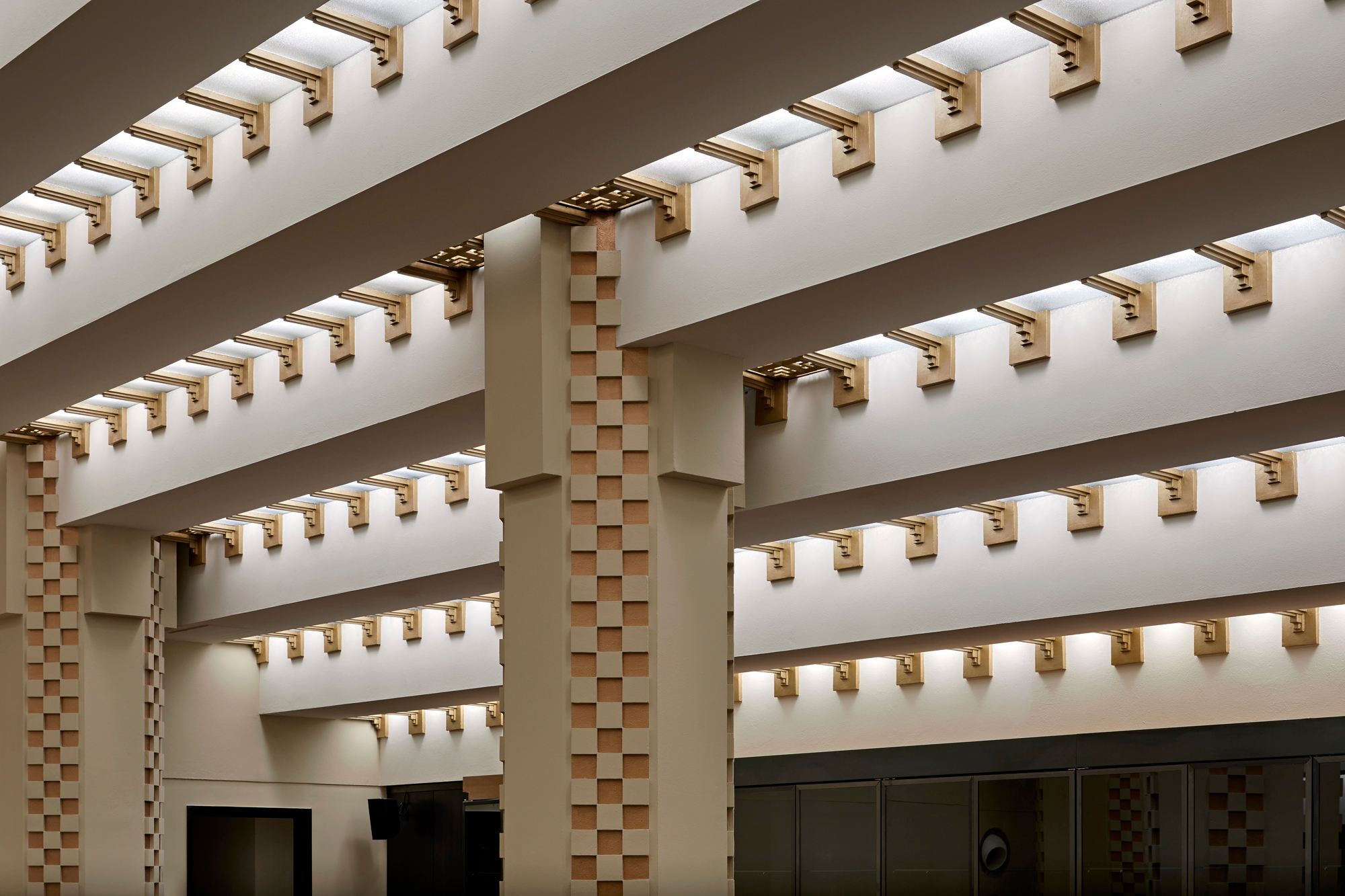 It adopted the motto “Perita manus, mens exculta” – a skilled hand, a cultivated mind – which continues to be used by the University today.

Since that time, RMIT has grown from a technical college in Melbourne providing education in the arts, technology and trades to working men and women, to become a global university of technology, design and enterprise offering postgraduate, undergraduate and vocational programs.

From the beginning, students and staff have been drawn to RMIT because of its strengths in teaching and research, its reputation for innovation, the talent of its academic leaders, and the strong industry links the University has forged over its long history.

What links RMIT’s past to the future is the University’s ongoing commitment to education and research that responds to industry and community needs. That tradition of relevant, industry-focused learning and teaching is unbroken as RMIT continues to create life-changing experiences for our students and prepare them for life and work.

RMIT is established as the Working Men’s College on the philanthropy of pastoralist Francis Ormond, backed by the Trades Hall Council and by public donations, with the aim of bringing education to the working people of Melbourne.

The College establishes classes in trade teaching for returned servicemen. Over 1500 servicemen receive post-war vocational training at the College.

The College plays a major role in the war effort, with 20,000 servicemen trained in communications and 2,000 in munitions production.

The College is awarded royal patronage by Queen Elizabeth II in recognition of its educational service to the Commonwealth and contribution to the war effort. It is renamed Royal Melbourne Technical College and remains the only higher education institution in Australia with the right to use the prefix “Royal” and the Monarchy's coat of arms. Hibernian Hall (renamed Storey Hall in 1959) is acquired for the College.

RMIT amalgamates with the Emily McPherson College of Domestic Economy.

RMIT amalgamates with the Melbourne College of Decoration and Design, and the Brunswick campus is formed.

RMIT purchases a site in Bundoora in Melbourne’s northern suburbs for a new campus.

RMIT becomes the first Australian university to adopt an international strategy incorporating the delivery of teaching programs offshore and onshore.

RMIT is invited by the Government of Vietnam to establish Vietnam’s first foreign-owned university.

RMIT launches a capital works program comprising redevelopment of the Francis Ormond and Emily McPherson buildings, and the construction of new landmark buildings in the Melbourne CBD.

The Swanston Academic Building and Design Hub open in Swanston Street, Melbourne, adding significantly to the RMIT quarter of the city.

The Vietnamese Government awards RMIT Vietnam a prestigious Golden Dragon Award for the 12th consecutive year, recognising its excellence in education and research. RMIT Vietnam is still the country’s only fully foreign-owned university and now has 6,250 students. 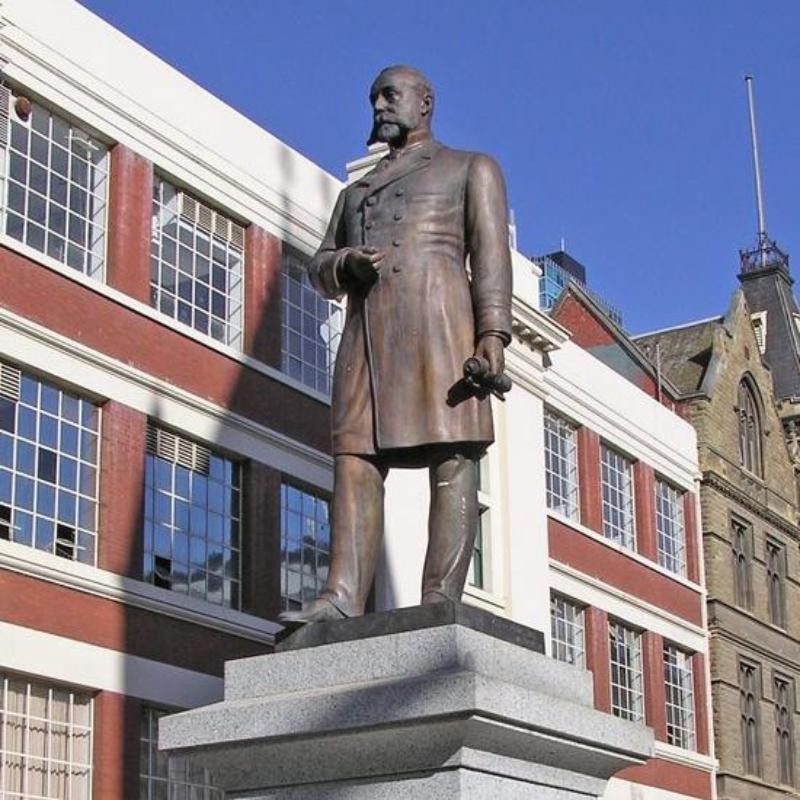 RMIT University is a product of the aspirations of a city and its people, built on a culture of philanthropy going back more than 120 years.

In 1882, RMIT's founder, Melbourne philanthropist and grazier Francis Ormond, lit the spark that would eventually become RMIT. He pledged of £5,000 to build a working men's college, and challenged his fellow citizens to match his contribution.

After the sudden riches of the gold rush in the mid-19th century, Melbourne had grown into the more sober wealth brought by agricultural expansion. But its future lay in trade and industry. The economy and the society required better educated workers - literate, numerate and technically aware, endowed with new skills for a rapidly modernising world.

The Victorian Trades Hall believed that education would help working men and women find dignity and prosperity. In support of Francis Ormond's contribution, Trades Hall secretary William Emmet Murray threw himself into fundraising for the proposed working men's college. The unions levied members who, through thousands of small donations, many of just a few shillings, amassed more for the college than they had for their own Trades Hall building.

The government provided the land on which the first building was raised, and the Working Men's College, as it was then known, was founded in 1887.

Money was tight. The priority was to build spaces in which the men and women who flocked to the college could be instructed, mainly at night. So Building No.1 was literally built from back to front. First came the classrooms. Only five years later was the front of the building and its façade to La Trobe Street completed.

That choice of the pragmatic over the cosmetic says much about the institution that grew into RMIT University. From the beginning it filled deep public and private needs. Commencing with 200 students, within two months there were 600, within two years there were 2,000. Today there are more than 74,000.

Throughout its history RMIT has grown in physical reach and scope. It has become a global university of technology, offering higher education and vocational programs for a new generation of graduates, equipped with skills that make them highly employable, fulfilled and engaged with the world.

A culture of philanthropy

The spirit of philanthropy upon which the University was founded continues. RMIT has been blessed with endowments of all kinds, bestowed by people and institutions who recognise and value the role the University plays in the academic, social and economic life of the communities in which it operates.

People and institutions have given scholarships to reward outstanding achievement, to encourage the best in research or provide access to the best possible education.

Gifts come to the University in cash and in kind, in amounts large and small. People give their precious time to act as mentors to a new generation. The University is the fortunate recipient of cultural gifts that make the campuses richer places.

Since 1887 RMIT's inner-city campus has grown up with the city of Melbourne, from the 1880s boom through periods of war, depression and renewed prosperity during the latter half of the twentieth century. Since the 1990s, the institution has acquired campuses in Bundoora and Brunswick in Melbourne's northern suburbs, and in Ho Chi Minh City and Hanoi in Vietnam, through which we take an active role in developing communities.