An immersive journey to the mountains of northern Vietnam brought new insights into the vibrant traditional fashion of ethnic minority groups. 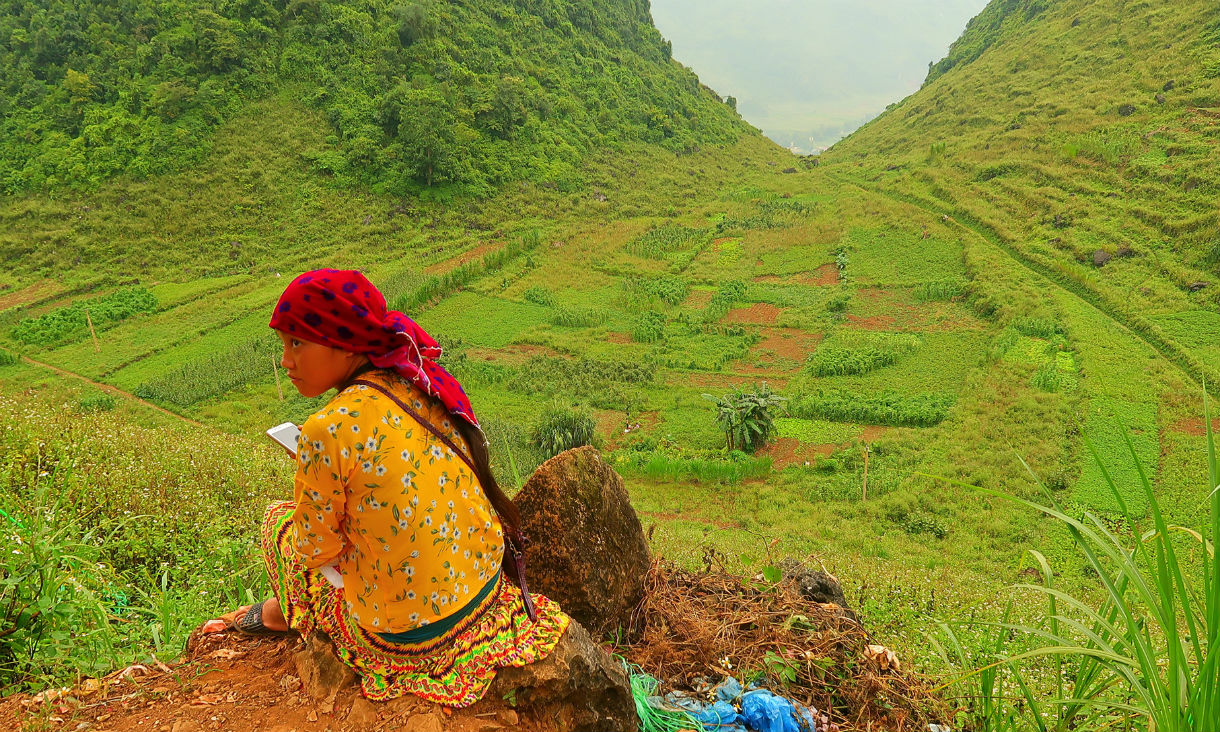 Victoria Eskdale has always been passionate about the arts and culture of Vietnam’s ethnic minorities.

It’s this passion, along with an eye-opening field trip to the country’s north, that has driven the RMIT Vietnam Associate Lecturer to commit to studying the traditional fashion of the country’s 54 ethnic minority groups.

The 10-day trip took her to the north-eastern province of Ha Giang, home to more than 20 ethnic groups who account for nearly 90 per cent of the province’s population.

Ha Giang is renowned for its majestic beauty, with rugged rocky mountain ranges and terraced fields, as well as its preserved tribal culture.

“The goal of the trip was to observe the existing life of these traditional dresses in all aspects: making processes, colours, symbols, fabrics, threads, as well as the difference in daily uses between tribes. I wanted to observe and absorb everything before I finalised my research topic,” she says.

Inspired by culture and heritage 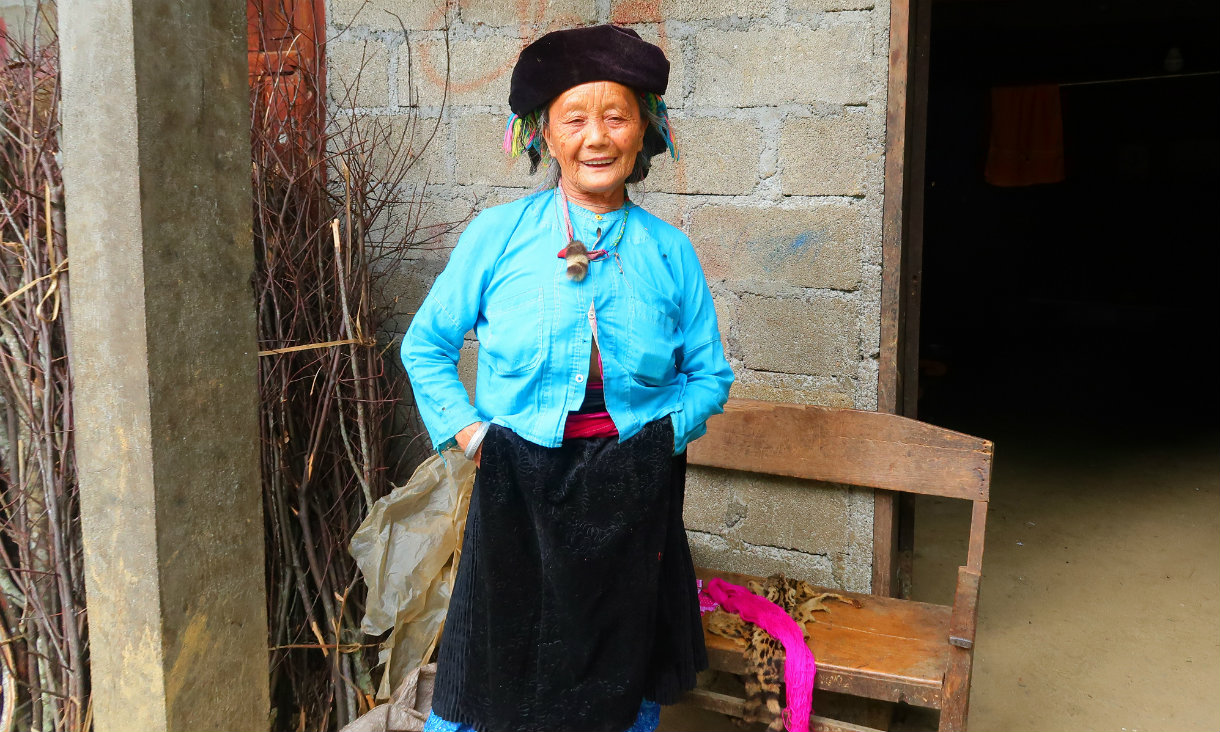 The trip offered more than she expected. Eskdale was fascinated by the way every minority group has their own traditional dress, which transforms for different occasions and depending on who is wearing it.

“A dress communicates a lot of messages through different symbols and colours, as well as bringing with it the historical and cultural quintessence of northern Vietnam,” she says.

“Seeing the traditional dresses in their cultural contexts – the landscape of dazzling slopes, hanging valleys, serrated mountains and terraced paddy fields – is breathtaking.

“It is a fruitful source of inspiration and materials for creative practitioners like me.”

At a weaving village in Quan Ba, ethnic artisans demonstrated how they make flax fabric, from growing and splitting to dyeing, weaving and sewing.

Recognised with an RMIT Vietnam Excellence in Learning and Teaching Award, Eskdale used part of the grant to fund the field trip.

The experienced helped her gain insight into her research topic area and has fed into two courses she teaches in the School of Communication and Design – Applied Management and Product Development – both of which focus on sustainability.

The Associate Lecturer has turned what she discovered into engaging class activities where students learn about artisan processes and techniques. 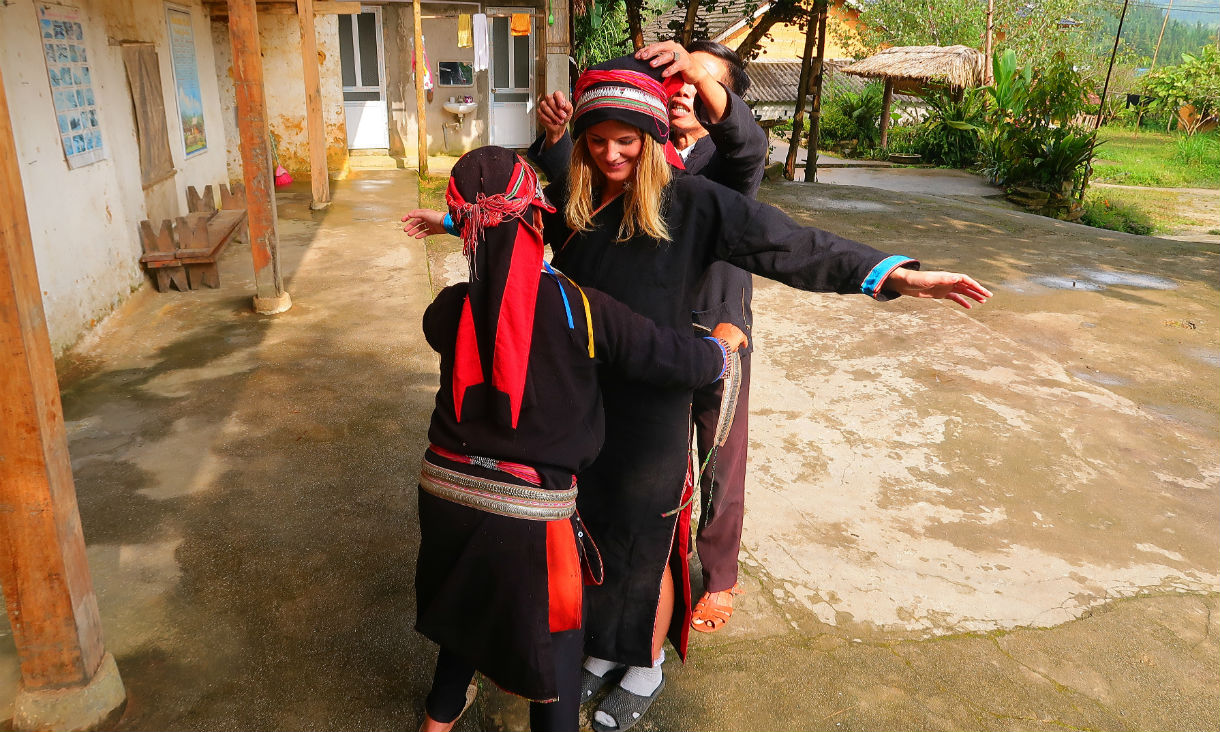 During her time in their villages, Victoria Eskdale learned how to dress in traditional Dao and Hmong dresses.

Eksdale has also delivered lectures, workshops and activities related to the research trip, including sharing her new insights with 20 budding and established designers at an event hosted by the British Council.

The event was part of a fashion design competition aiming to bridge the gap between designers and artisans, with Eskdale speaking alongside the University of Leicester’s Dr Marta Gasparin.

“The trip leaves me with questions about cultural heritage and its sustainability,” she says.

“How can we make traditional crafts sustainable without needing to manufacture them? How can we make young generations value artisanship without turning it contemporary?

“I am going to work everyday thinking about that and trying to find the answers in the work that I am doing, be it teaching or research.” 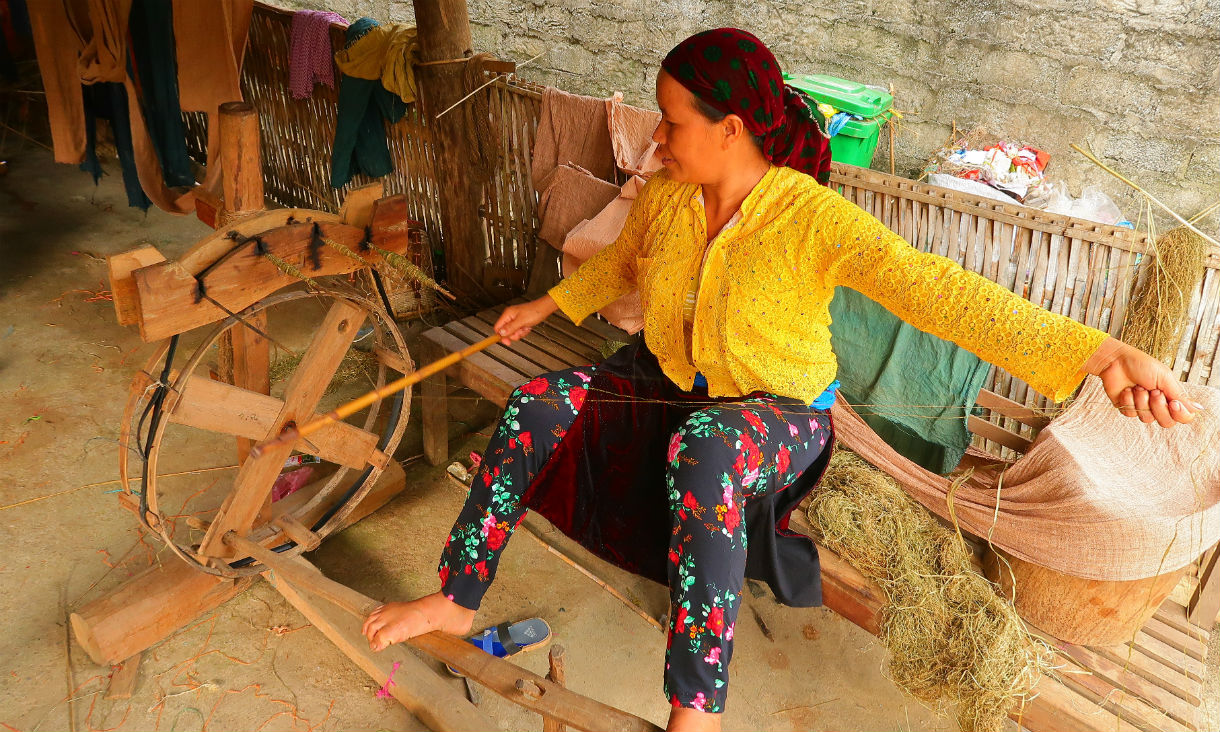