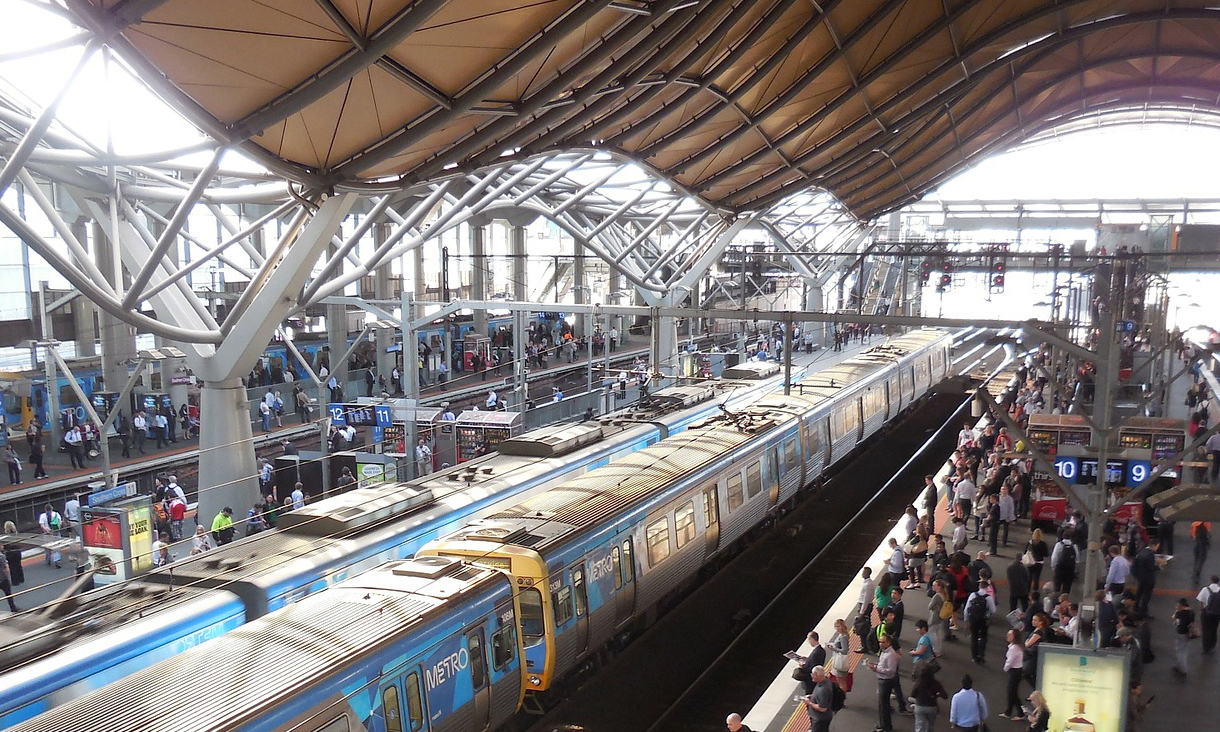 Experts say we need a plan for how we change the way we move incrementally as well as transformationally.

With future demand for rail travel to central Melbourne expected to exceed the capacity to be delivered through current projects, new research calls for rail lines beyond Melbourne’s Metro Rail, to link across suburbs without commuters having to go via the CBD.

Report co-author and convener of the Transport and Planning program at RMIT’s Centre for Urban Research, Dr Ian Woodcock, says the introduction of a MMR2 would dramatically improve access for commuters from the south-west and north-east.

“Improving public transport accessibility from the west is a priority for equity reasons,” Woodcock said.

“Population growth in Melbourne’s west is the highest in Victoria and the region’s demographics have shifted to now include a higher proportion of white-collar professionals whose employment and educational aspirations are currently best met in the central and inner city.”

Based on the timelines required for planning and approvals, tunnel construction, commissioning, and advice from technical experts, Woodcock says that if the Victorian Government were to commit to MMR2 in 2018, the new line could be operational by 2028 or earlier.

“This is because MMR2 is not dependent on Melbourne Metro Rail being operational, and builds on work already done to design the station at Parkville for the eventual arrival of MMR2,” he said.

“MMR2 is a strategic alternative to major road projects, including the Westgate Tunnel and the North East Link, which are less sustainable and more expensive ways to cater for increased demand for travel to the central city, as well as from east to west.

“The MMR2 could greatly improve east-west accessibility in the inner north: connections between Parkville, Carlton, Fitzroy and Clifton Hill are very poor at present and hard to improve due to limited road space.” 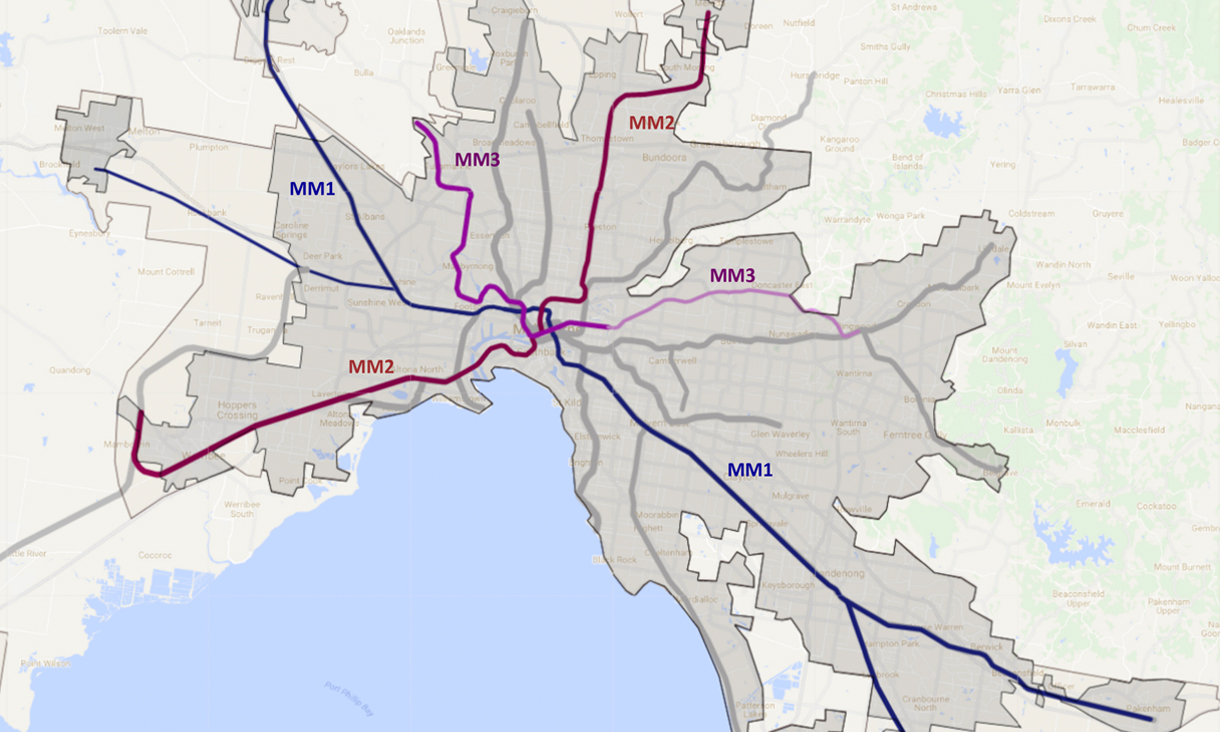 A northwest metro (purple) connecting the airport to the CBD via several of Melbourne’s key urban renewal areas could provide a 25-minute airport trip from Southern Cross (the Light Purple line illustrates a logical extension of this metro to Ringwood via Doncaster).

The paper also proposes a “metro style” service to the airport – a Melbourne Metro 3 (MM3) – to connect current and growing activity centres and major urban renewal areas in the north-west region between the CBD and the airport.

“Extending the MM3 to Ringwood via Doncaster and Kew could fill a major gap in the radial passenger rail system in the eastern suburbs and provide better walk-up access, network connectivity and land use integration benefits.”

However, the debate about airport rail should not be too narrowly focused and reduced to a question of a single route for a railway, warns Woodcock.

“Demand for access to the airport by passengers and workers is already large and is predicted to grow to levels comparable to current arrivals at Heathrow Airport in London,” he said.

“The politics of the whole debate has so far prevented a railway from being built, because it is not possible for one railway line to meet all of the landslide access needs of the airport.

Extending the 59 tram by 7km from Airport West to the airport to go via Gladstone Park to would make it more useful to locals, Woodcock said.

“This is not a megaproject, and would improve airport and local access for everyone along its catchment,” he said.

“It may not be the quickest, but it would be a one-seat ride for anyone within walking distance from Elizabeth St in the City to Western Ave in Gladstone Park.

“We need to have many possible ideas set alongside each other and assessed for their merits, costs and benefits.

“And more importantly, we need a plan for how we change the way we move incrementally as well as transformationally.”

The community is invited to submit opinions, ideas and feedback via City of Melbourne’s Transport Strategy Refresh Participate website.

Additional discussion papers will be released over the next two months.