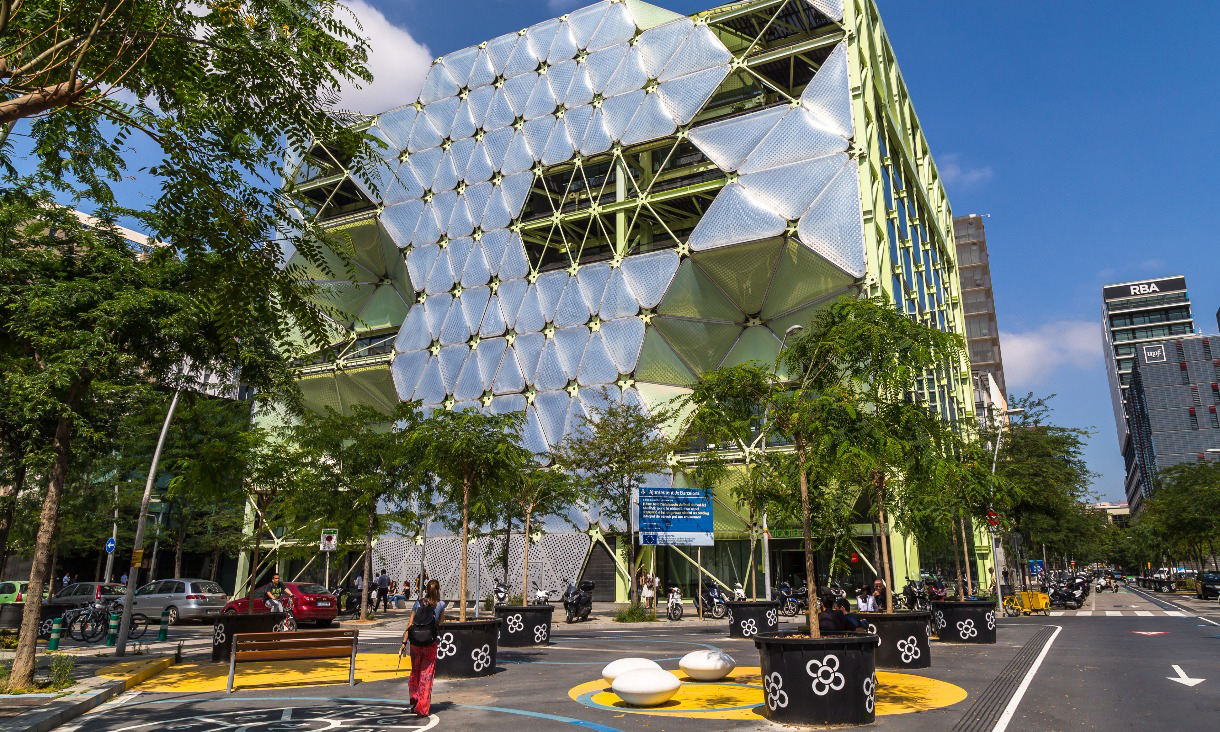 Darcy Vermont recently completed the seven-week internship in Granada with international group Solvay. The opportunity was supported by RMIT’s School of Engineering.

RMIT has a longstanding relationship with Solvay energy subsidiary Solvay Energy Services as part of a research collaboration with the Polytechnic University of Catalonia (UPC) in Spain.

The project has included the creation of a salty water pond to generate solar energy and transfer it into thermic energy for industrial facilities.

Solar ponds on a smaller scale but identical to the ones at Solvay's industrial site in Granada have been constructed at both RMIT in Australia and UPC in Barcelona where researchers continue to develop the technology.

For Vermont, the collaboration opened up a global experience where he could work on the maintenance of the solar pond onsite at Solvay in Granada.

The engineering student said he was initially drawn to the internship opportunity for the experience abroad.

"I've always wanted to gain international experience as well as live and learn within another culture," Vermont said.

"The internship is also part of my final year project, giving me the chance to align professional work experience with what I've been studying.

"So to gain that real-life experience as part of my project has been really valuable."

And the experience in Spain has been one that Vermont will never forget.

“I’ve had the opportunity to travel on the weekends and to visit other cities in Spain, taking in the rich culture and history,” he said.

“The kindness of all of the people that I’ve met has been wonderful, particularly the incredibly welcoming nature of everyone within the Solvay group. And all of the free tapas at the bars tops it off!”

The collaboration between Solvay, UPC and RMIT also gave Vermont the opportunity to experience professional work across different locations.

“It meant I was participating in weekly conference calls and sending regular work emails, which also helped to improve my professional communication skills,” he said.

“The internship with Solvay provided Darcy with an opportunity to solve a real-world engineering problem,” Akbarzadeh said.

“He successfully communicated with all of the personnel surrounding him in a positive way, solved the problem that he was assigned as well as achieved high praise for his performance from his host employer.

“Perhaps the most important outcome of this experience for Darcy has been the fact that he has realised his research capability and that he can go beyond existing knowledge available in text books and he can actually generate knowledge.”

And Solvay’s Miguel González Madrid, who was Vermont’s supervising engineer in Granada, was equally pleased with the outcome of the seven-week placement.

“Darcy's ability to combine theoretical knowledge with his practical skills made his work in repairing the salinity gradient a huge success,” he said.

“He was able to interpret a lot of data and apply that to the problem at hand to find solutions – making a difficult task look easy.

Vermont was also supported throughout his internship by RMIT Europe.