Fact check: Are your chances of getting the flu after a vaccination only decreased by 1 to 2 per cent?

Fact check: Are your chances of getting the flu after a vaccination only decreased by 1 to 2 per cent?

Professor of Public Health at Bond University, Chris Del Mar, has called into question the effectiveness of the influenza vaccine 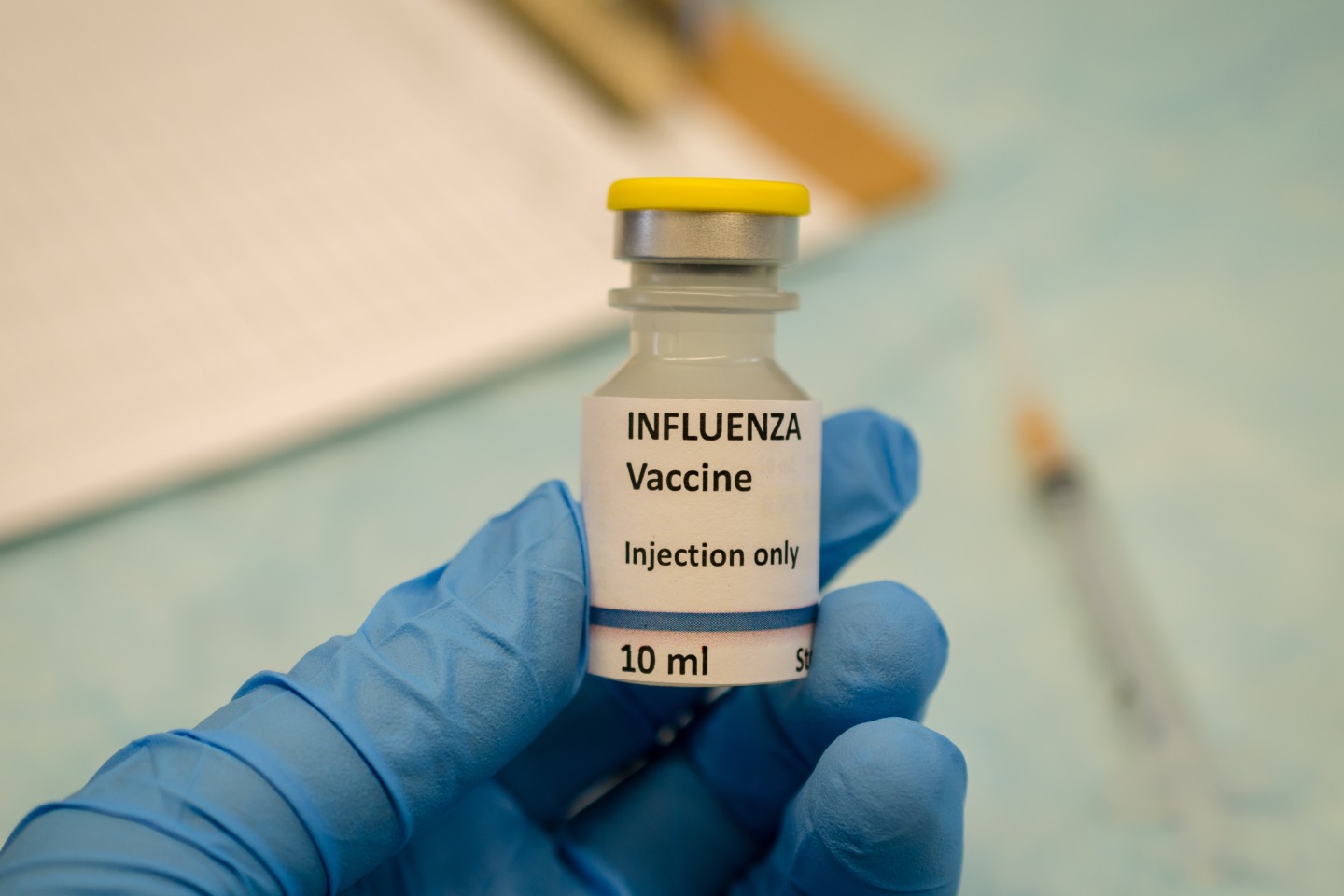 Australia is well into the midst of winter, and with the cold weather comes flu.

Last year saw the highest levels of flu activity in Australia since the 2009 swine flu pandemic.

This year Australians wanting to be vaccinated against the flu mobilised in unprecedented numbers, forcing the Federal Government to order an additional 800,000 vaccines.

But the effectiveness of the vaccine was called into question by professor of Public Health at Bond University, Chris Del Mar, in an interview with Neil Mitchell on 3AW.

"It actually reduces the chance of getting flu by about 1 to 2 per cent — that's laboratory confirmed influenza. It makes a tiny difference."

So, are your chances of getting the flu after a vaccination only decreased by 1 to 2 per cent? RMIT ABC Fact Check finds out.

The source of Professor Del Mar's claim is a systematic review of studies measuring the efficacy of flu vaccine in preventing the flu in healthy adults.

That review found the flu vaccine decreased the rate of flu infection from 2.3 per cent to 0.9 per cent in healthy adults.

Experts contacted by Fact Check said while this showed an absolute drop in the infection of 1.4 percentage points, using these numbers to talk about effectiveness was misleading.

Professor Del Mar should instead have talked about the relative drop in infection, which is the effectiveness rate of the vaccine.

The very study quoted by Professor Del Mar found that the flu vaccine had an estimated effectiveness rate of 59 per cent — not 1 to 2 per cent.

That means for an individual who has been vaccinated, the risk of getting the flu is more than halved.

This is supported by other studies cited by the Australian Department of Health's Immunisation Handbook, which found similar effectiveness rates.

What is the flu?

Influenza, or 'the flu', is a respiratory disease that causes symptoms including fever, cough, muscle aches, headache, nasal congestion, sore throat and fatigue.

It is estimated to cause an average of 13,500 hospitalisations and 3000 deaths in Australia each year.

Three types of influenza affect humans — type A, B and C. Influenza A and B are responsible for most infections in humans.

The flu is further classified into 'strains' of which there are many and which are constantly mutating and changing.

According to the Australian Immunisation Handbook, published by the Department of Health, the period of peak influenza circulation is typically between June and September for most parts of Australia, though flu could occur year-round in tropical regions.

How does the vaccine work?

New flu vaccines are developed in preparation for each flu season in both the northern and southern hemispheres.

All flu vaccines currently available in Australia are inactivated.

Flu vaccines typically contain three to four strains of the flu — two type A strains and one or two type B strains.

As different strains of influenza circulate each flu season, a certain amount of guesswork goes into deciding which strains will be included in the vaccine.

In February and September each year, the World Health Organisation gathers experts and influenza centres from around the world in order to make recommendations on the composition of the next flu vaccine.

Once the World Health Organisation has made its recommendation, the Australian Influenza Vaccine Committee meets with the Therapeutic Goods Administration to confirm which strains will be included in the Australian vaccine.

In addition to the standard flu vaccine, this year there are enhanced flu vaccines available to elderly Australians.

These vaccines include three strains of the virus rather than the usual four, and are designed to target the strains most commonly affecting older people.

The context of the claim

Professor Del Mar's interview on 3AW came days after a speech he made at the GPs Down Under Conference on the Gold Coast, where he questioned whether the flu vaccine was being oversold.

Multiple news outlets reported that in his speech Professor Del Mar pointed to a review "that found seasonal flu vaccines only reduced the rate of laboratory confirmed influenza cases by between 1 to 2 per cent".

In an article in The Conversation, Professor Del Mar and his co-author, Professor Peter Collignon, again repeated the claim that flu infections are only reduced by one per cent.

"While this seems to be a reduction of more than 50 per cent, that seems less optimistic expressed in absolute terms.

"The infection rate in adults drops from 2 per cent per year to 1 per cent. You could say that's halved, but it effectively only drops by 1 per cent."

The source of the claim

The review quoted by Professor Del Mar in the article in The Conversation is one of a series of three reviews into the effectiveness of the flu vaccine.

Those reviews, which look at flu in healthy adults, healthy children and the elderly come from Cochrane, an independent organisation that produces systematic reviews of medical research in order to make that research more accessible.

The Cochrane reviews referenced by Professor Del Mar compared a number of studies estimating the effectiveness of flu vaccine in order to come up with a single, overarching estimate of effectiveness.

"The first Cochrane review looked at the effects of the influenza vaccine in healthy adults from 25 studies conducted over single influenza seasons in North America, South America, and Europe between 1969 and 2009," the article in The Conversation states.

What the report says

In other words: "Inactivated influenza vaccines probably reduce influenza in healthy adults from 2.3 per cent without vaccination to 0.9 per cent."

In their conclusions, the Cochrane reviewers state:

"Healthy adults who receive inactivated parenteral influenza vaccine rather than no vaccine probably have a one per cent lower risk of experiencing influenza over a single influenza season (2.3 per cent versus one per cent, moderate-certainty evidence)."