An interactive sculpture is connecting residents with the rhythms of community life and creating a vibrant cultural centre in a developing suburb in Melbourne’s south-east.

Hand sculpted from bluestone, Touchstone has been installed in the heart of a plaza at Clyde North, an expanding suburb in the City of Casey.

The boulder-like structure is inlaid with aluminium strips that conceal a highly sophisticated electronic brain.

Prompted by human touch, voice and movement throughout the day, the sculpture comes to life at dawn and dusk with sound, light and vibration generated by the record of human interaction.

“Touchstone is a living piece of art that responds to the people around it,” says Chuan Khoo, the RMIT researcher and interactive designer who assembled the electronics.

“It behaves as a sentient being, a part of the community in which it exists, perceiving the world around it, storing these perceptions within its memory and then expressing them. The more people interact with it, the livelier its response.” 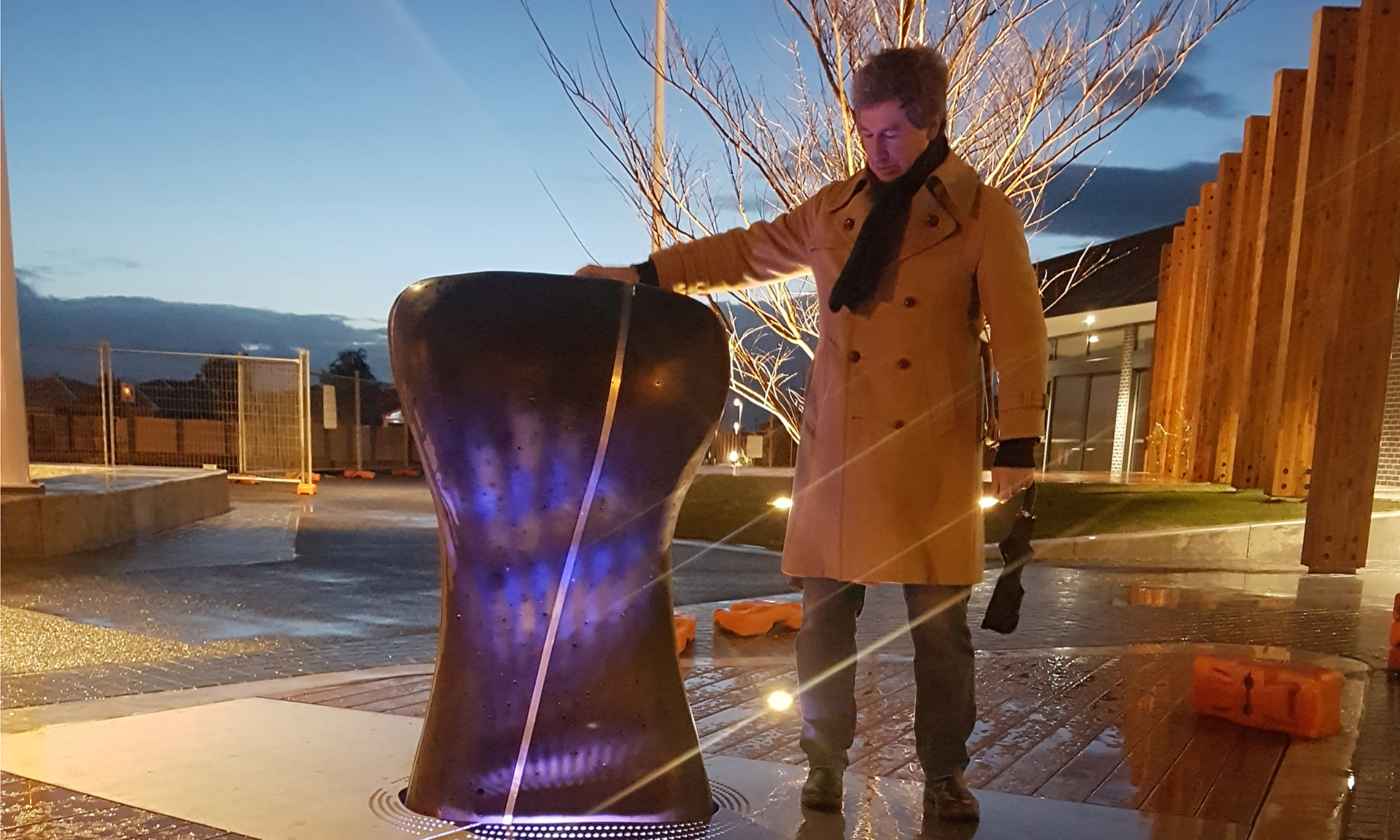 Jordan Lacey at the first dawn activation of the artwork.

“I touched base with Dr Jordan Lacey from RMIT to discuss a possible partnership with the University to try and create something from the ground up.”

Led by Lacey and RMIT colleagues Dr Ross McLeod and Dr Charles Anderson, a project team of stonemasons, sound artists, landscape architects, engineers, councillors and members of the Casey community worked together to design a sculpture that would feel like a part of the local environment rather than a decorative afterthought.

“This research project exposes an appetite within local communities to be informed and included in art, design and infrastructure projects that affect community life,” says Lead Chief Investigator, Dr Jordan Lacey from the School of Design.

Doyle said the council hoped the work would encourage progressive interconnections between the people and the environment, transforming a previously static space into a place of liveliness and belonging.

“Given that Touchstone’s responses are based on community interaction during the day, it acts as both a physical and a poetic barometer of social behaviour, acknowledging, measuring and even deepening the community’s relationship with landscape and place,” said Lacey.

City of Casey urban designer Nathan Islip said the sculpture had transformed the town square from a piece of land infrastructure to a part of the story of the suburb.

“All of a sudden it’s a place that is talked about and people attach themselves to.” 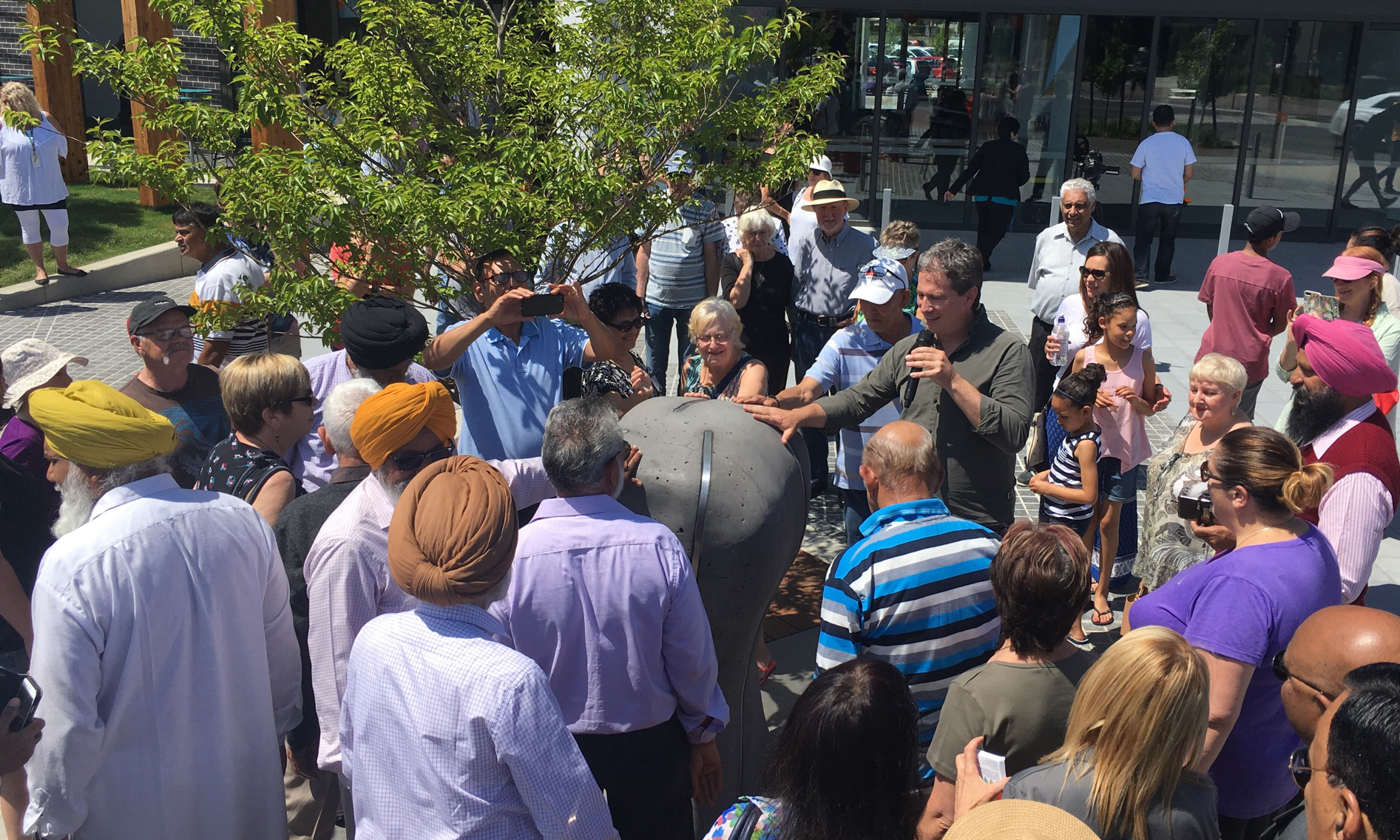 Locals interacting with Touchstone at the opening of the Clyde North Community Hub.