A group of RMIT media students have gained valuable industry experience as part of the broadcast team behind the 2018 Australian Directors’ Guild Awards. 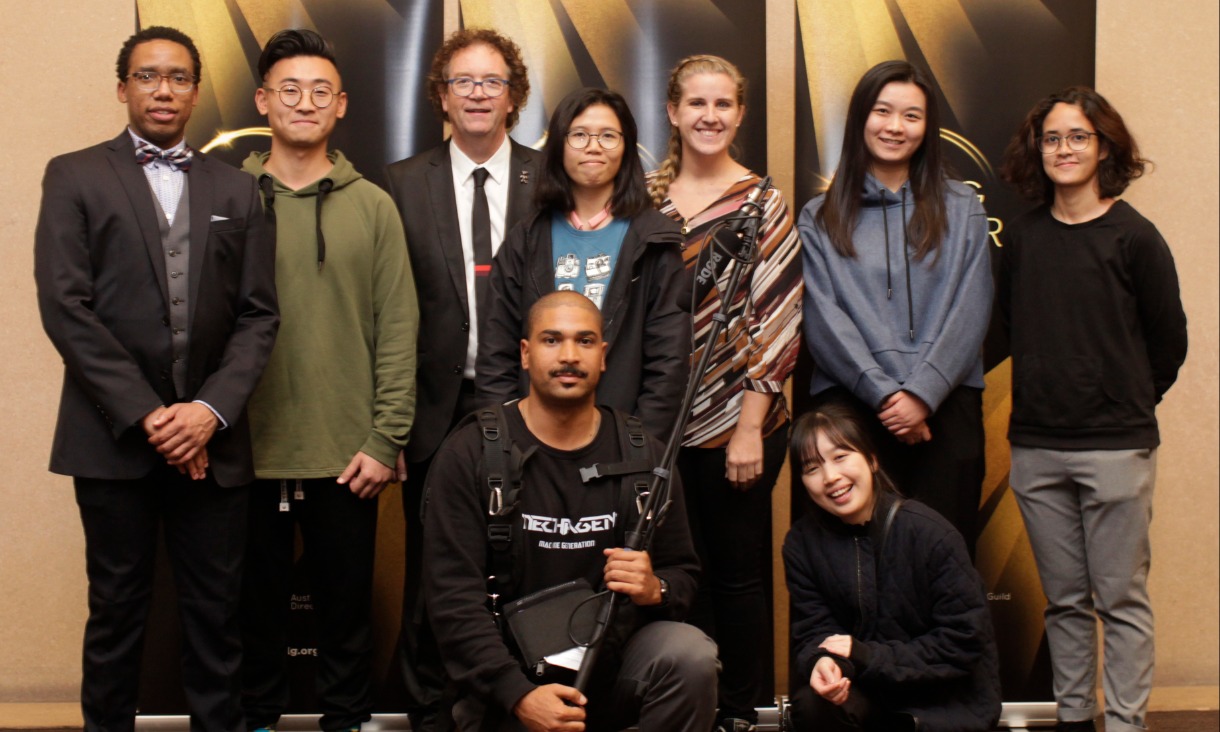 Film industry luminaries including Simon Baker, Kat Stewart, Pia Miranda and Adam Elliot attended the event at the Sofitel in May and screened on Foxtel’s Aurora channel on 11 November.

Baker won Best Direction of a Feature film for Breath.

A team of Master of Media students, led by RMIT lecturer and ADG Victoria chapter head Mark Poole, recorded the awards for the Foxtel broadcast.

Students gained a production credit and student membership of the guild for their efforts.

They recorded vox pops of the winners and shot footage, which was later used in an ABC news story.

Onggaro said she had learned so much from being involved in the broadcast.

“I’m very grateful to have been afforded the opportunity to be part of the team,” she said.

Longyao Yang said he would love to “do it again and again and again” while fellow student Ting Ni said she was pleased to be part of a genuine, 'real life' practical experience.

RMIT's School of Media and Communication sponsored the event and the Best Direction in a Short Film award.

Actor Kat Stewart, best known for her role as Billie in the television series Offspring, presented the award to John Sheedy for Mrs McCutcheon.

Dean of the School of Media and Communication Professor Lisa French said the broadcast was just one of many opportunities for students in the school to collaborate with industry and to undertake work-integrated learning.

“It also provided valuable networking and the students produced industry standard work under high pressure. I was delighted to see them achieve this on the night,” Professor French said.