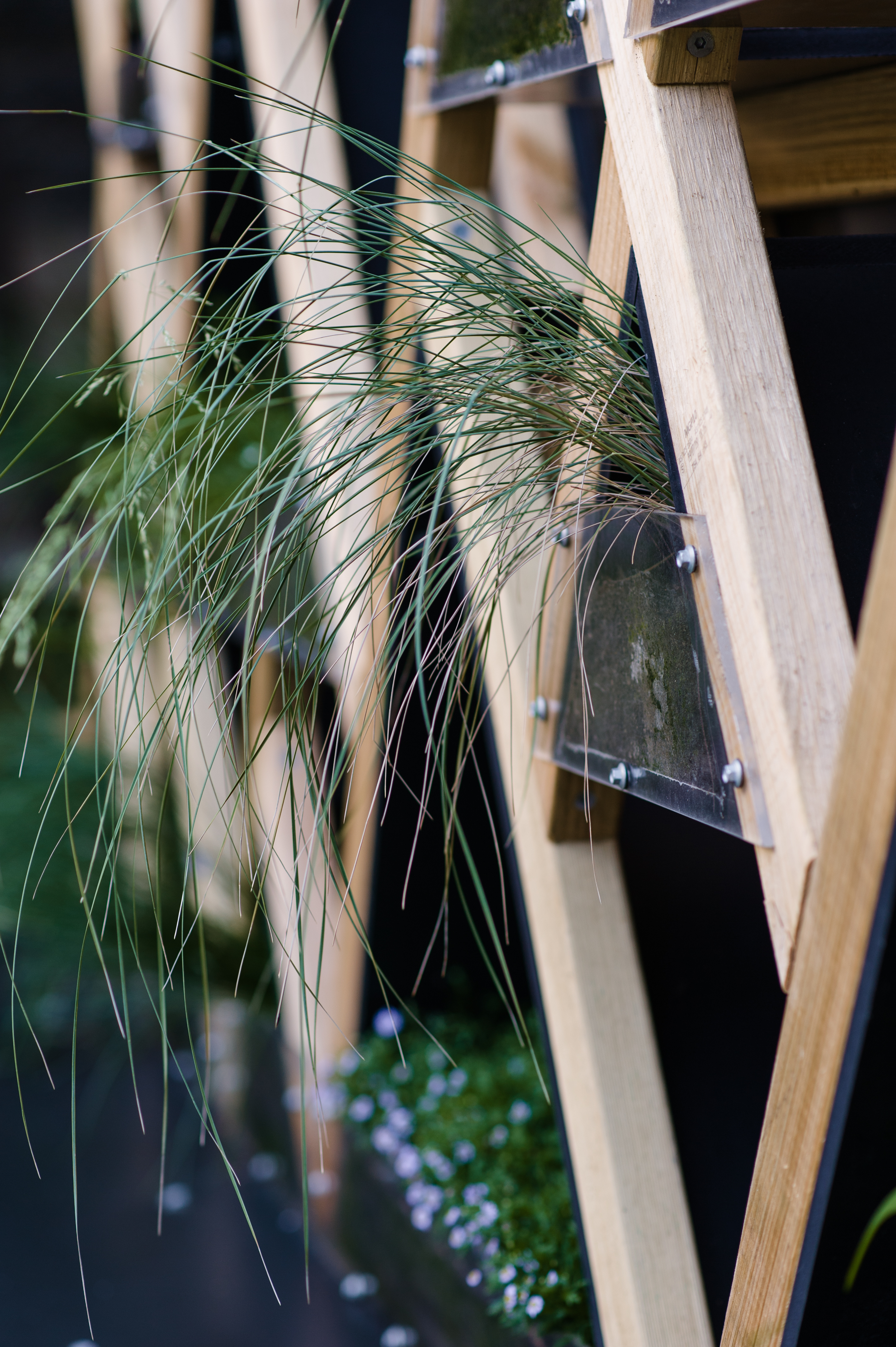 A new installation featuring native plants and a wildlife soundscape is on display at RMIT, exploring the relationship between urban greening and wellbeing. 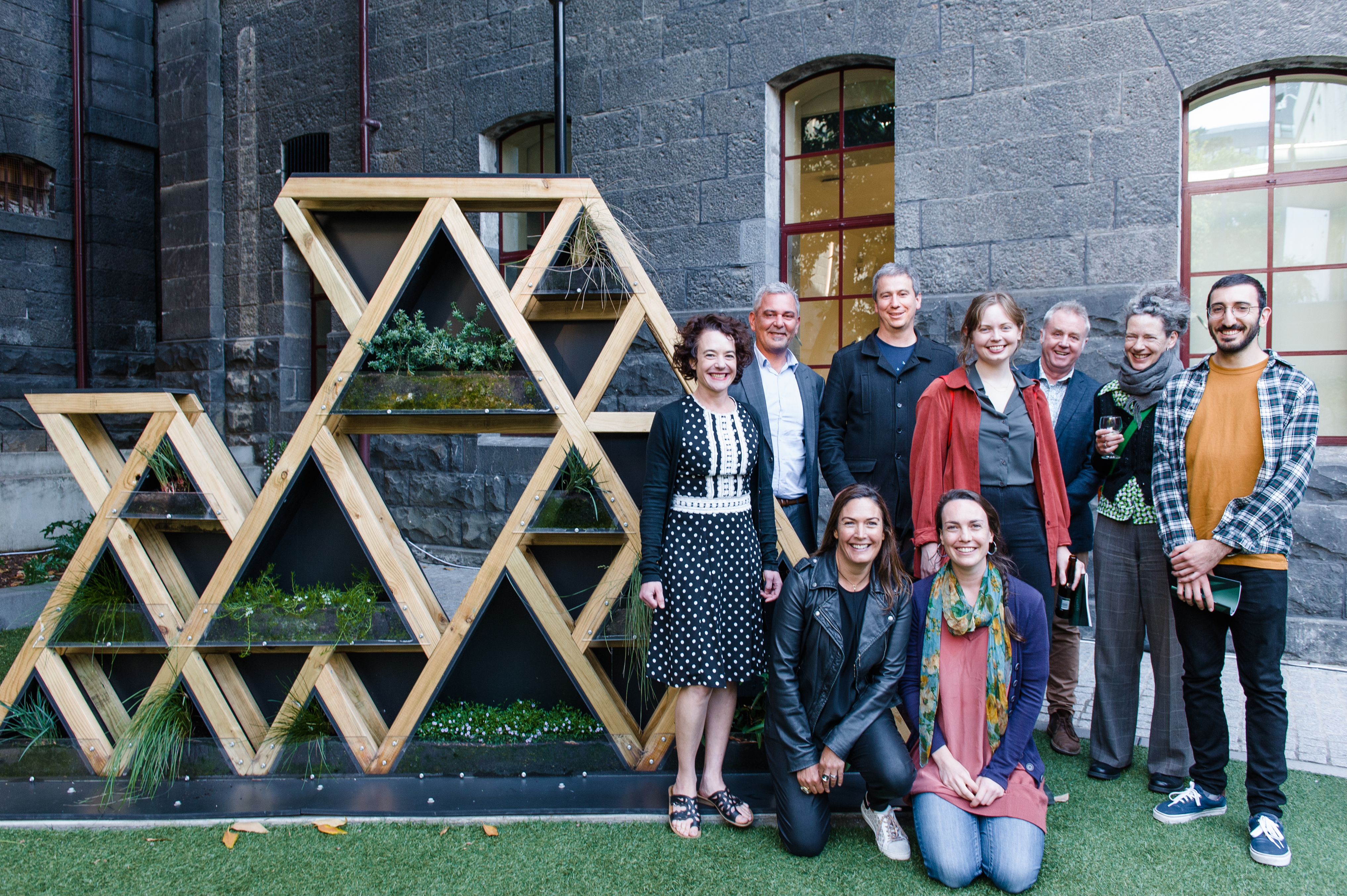 ‘Fielding’ is a research project and public art installation spanning landscape architecture, science, art and sound design and featuring an installation of native plants and a curated soundscape.

Made up of a series of interconnected triangles, it is designed to be adaptable, mobile and scalable for urban environments and holds a variety of native plants from the Melbourne region.

A soundscape of birds, cicadas, penguins and frogs, as well as urban spaces, trains, parks and electronic interpretations of birds plays behind it, taking visitors on an unexpected journey of nature and urban intrusion.

Creative producer Kim de Kretser from RMIT’s School of Art said the installation explores the role of urban green spaces in attracting biodiversity and improving the well-being of people, animals and plants.

“Science continues to reinforce how important exposure to nature is, helping us tap in to our senses in a way that directly effects the alpha waves in our brains, making us feel both calm and alert,” she said.

She said 'Feilding' responds to increasing rates of depression and anxiety, isolation and disconnection that have been linked to the growing population, increasingly dense urban living and technological advances.

“The project has introduced new ways of thinking around urban green design, well-being and art in the development of creative cities.”

Lead by artists Jordan Lacey from RMIT’s School of Design and Catherine Clover, the soundscape was made from field recordings captured to represent the sonic components that make up a biodiverse habitat.

Clover said sound was a crucial component of biodiversity – of both animal, plant and human habitats – and one that is frequently overlooked and that in cities it was particularly complex.

The soundscapes are presented as part of an interactive audio system and can be heard either as three different sound environments within the installation (background, ambience, signal) or together as an amalgamated sonic landscape.

'Fielding' is on display in the Sunken Garden, at the back of the Alumni Courtyard, RMIT City Campus, throughout Spring 2018.