We’ve learned bees can understand zero and do basic maths, and now a new study shows their tiny insect brains may be capable of connecting symbols to numbers.

Researchers have trained honeybees to match a character to a specific quantity, revealing they are able to learn that a symbol represents a numerical amount.

It’s a finding that sheds new light on how numerical abilities may have evolved over millennia and even opens new possibilities for communication between humans and other species.

The discovery, from the same Australian-French team that found bees get the concept of zero and can do simple arithmetic, also points to new approaches for bio-inspired computing that can replicate the brain’s highly efficient approach to processing.

The RMIT University-led study is published today in Proceedings of the Royal Society B.

Associate Professor Adrian Dyer said while humans were the only species to have developed systems to represent numbers, like the Arabic numerals we use each day, the research shows the concept can be grasped by brains far smaller than ours.

“We take it for granted once we’ve learned our numbers as children, but being able to recognise what ‘4’ represents actually requires a sophisticated level of cognitive ability,” Dyer said.

“Studies have shown primates and birds can also learn to link symbols with numbers, but this is the first time we’ve seen this in insects.

“Humans have over 86 billion neurons in our brains, bees have less than a million, and we're separated by over 600 million years of evolution.

“But if bees have the capacity to learn something as complex as a human-made symbolic language, this opens up exciting new pathways for future communication across species.”

Studies have shown that a number of non-human animals have been able to learn that symbols can represent numbers, including pigeons, parrots, chimpanzees and monkeys.

Some of their feats have been impressive - chimpanzees were taught Arabic numbers and could order them correctly, while an African grey parrot called Alex was able to learn the names of numbers and could sum the quantities.

The new study for the first time shows that this complex cognitive capacity is not restricted to vertebrates. 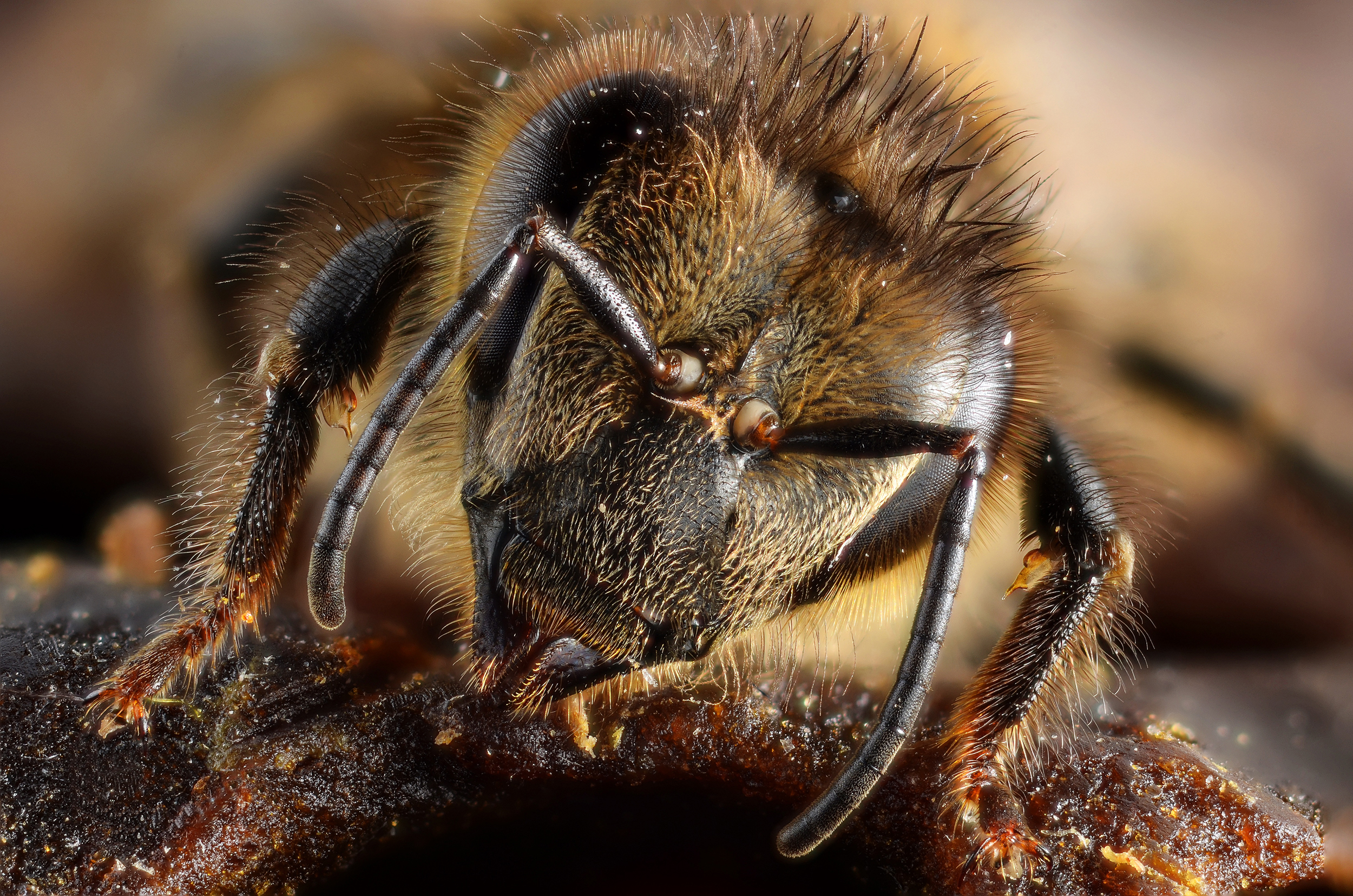 The humble honeybee: A million neurons of pure brain power.

The bee experiment was conducted by Dr Scarlett Howard, formerly a PhD researcher in the Bio Inspired Digital Sensing-Lab (BIDS-Lab) at RMIT and now a fellow at the Research Center on Animal Cognition, University of Toulouse III - Paul Sabatier, CNRS.

In a Y-shaped maze, individual bees were trained to correctly match a character with a number of elements.

They were then tested on whether they could apply their new knowledge to match the character to various elements of the same quantity (in the same way that ‘2’ can represent two bananas, two trees or two hats).

A second group was trained in the opposite approach, matching a number of elements with a character.

While both could grasp their specific training, the different groups were unable to reverse the association and work out what to do when tested with the opposite (character-to-number or number-to-character).

“This suggests that number processing and understanding of symbols happens in different regions in bee brains, similar to the way separate processing happens in the human brain,” Howard said.

“Our results show honeybees are not at the same level as the animals that have been able to learn symbols as numbers and perform complex tasks.

“But the results have implications for what we know about learning, reversing tasks, and how the brain creates connections and associations between concepts.

“Discovering how such complex numerical skills can be grasped by miniature brains will help us understand how mathematical and cultural thinking evolved in humans, and possibly, other animals.”

The bees were trained and tested in a Y-shaped maze.

“When we’re looking for solutions to complex problems, we often find that nature has already done the job far more elegantly and efficiently,” he said.

“Understanding how tiny bee brains manage information opens paths to bio-inspired solutions that use a fraction of the power of conventional processing systems.”

Shannon Kilmartin-Lynch, a proud Taungurung man from Mansfield in Victoria, is a driving force behind an innovation to use disposable personal protective equipment (PPE) to make concrete stronger.

Research working towards the development of vaccines that can stop ovarian cancer coming back has been bolstered through new Victorian Government funding.