In an Australian first, RMIT students are producing a national student election broadcast in collaboration with students from more than 20 universities around the country.

The program, Election 2019, is being produced in tandem with the online collaborative student news site, The Junction, and aims to help students hone their journalistic skills, while gaining a deeper understanding of the political process.

It will be broadcast on Melbourne-based community TV station Channel 31 from 6pm on May 18, and will be relayed to Adelaide and Perth, as well as the Community Broadcasting Association of Australia’s network of radio stations. 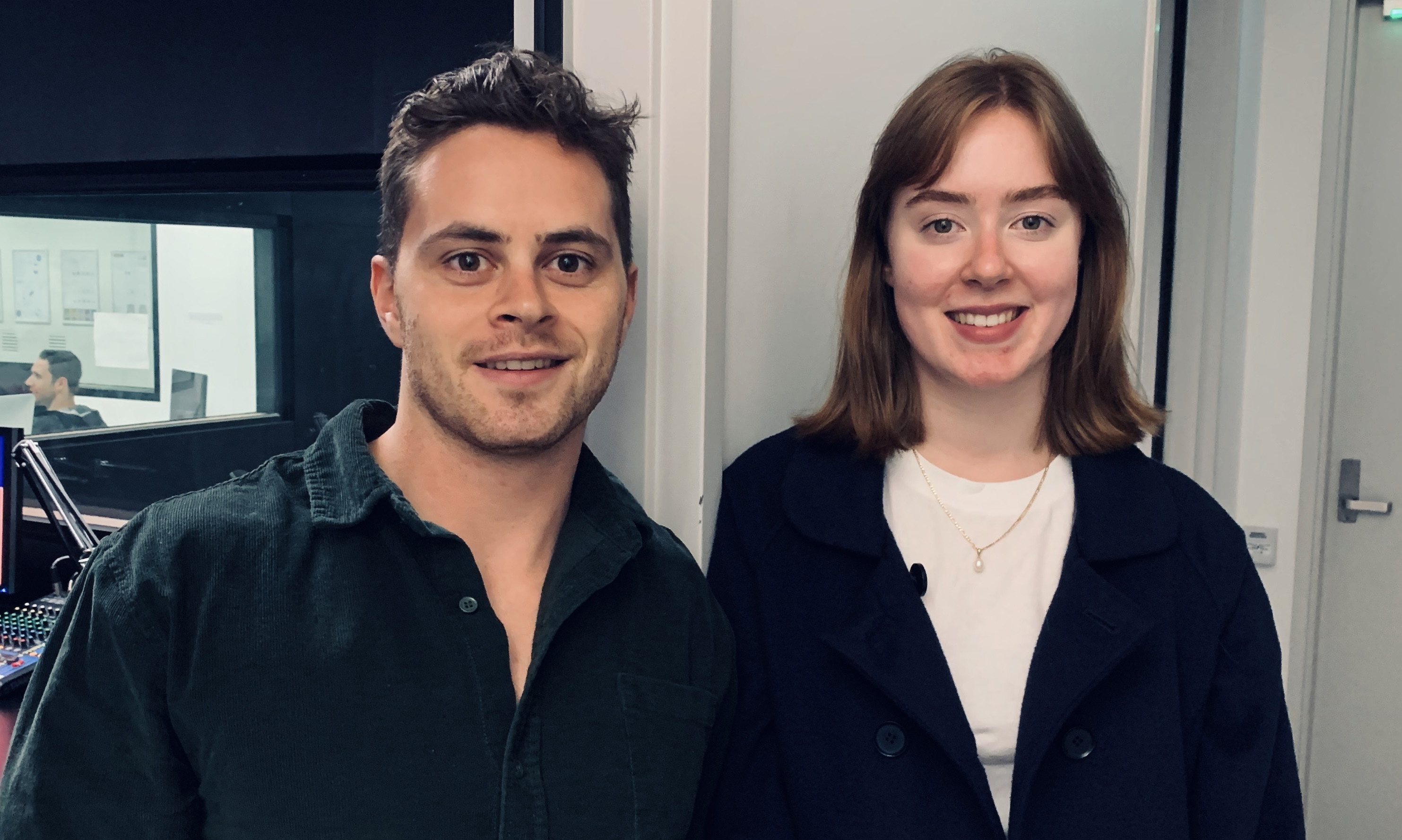 Jesse Burns and Rachael Merritt in the RMIT studio.

Bachelor of Communication (Journalism) students Rachael Merritt and Jesse Burns will be the faces of the program to be broadcast from the Media Precinct in the New Academic Street. Other students from around the country will also be involved, including Griffith University’s Ari Balle-Bowness.

Merritt and Balle-Boness will co-anchor the program alongside seasoned political commentator Paul Strangio and former MP and Gillard advisor Mary Delahunty, with Burns overseeing the all-important graphics on the night.

Certificate IV in Screen and Media (Television Production) and Diploma of Live Production and Technical Services students will also be assisting with the broadcast across varied roles.

The Judith Neilson Institute for Journalism and Ideas has supported the initiative through a contribution to the Journalism Education and Research Association of Australia.

Merritt said she was excited for her first live TV experience.

“Nerves are running a bit high, but I’m so happy I was chosen to as a co-presenter. It’s been a great exercise for confidence building and it will be invaluable on my CV to show potential employers my skills in political journalism,” she said.

“No one quite offers the type of journalism course that RMIT does for their students, there’s so much practical work. You are writing stories from the minute you walk in the door.”

Students will be on the ground in key seats Menzies in Melbourne’s north east and Corangamite in the Geelong region and cross live to the studio via Skype, undertake production roles, develop graphics as well as provide updates from the Australian Electoral Commission.

Bachelor of Communication (Journalism) program manager Dr Alex Wake said students and staff had been working hard to ensure a quality program on the night.

“This production shows the quality of RMIT’s academic and professional staff without whom such valuable learning initiatives could not occur,” she said.

Executive Producer and RMIT Journalism Industry Fellow Phil Kafcaloudes said the program would be a game-changer for student broadcasting.

“Our fabulous studio facilities are allowing this convergence of talent, not just from RMIT, but from universities all over the country. By using three of our studios at once we’re able to offer something that matches the mainstream media broadcasts,” he said.

Election 2019 will be broadcast from 6pm-8pm live on Channel 31 in Melbourne, Channel 44 in Adelaide, WTV in Perth and community radio stations around the nation.

An award-winning film program for people living with disability will be delivered in partnership with RMIT.