Educating the next generation of girls

Educating the next generation of girls

They’re among the big issues in our society, so what do the people helping shape the minds of the next generation of young women think about the future world of work and gender equality? 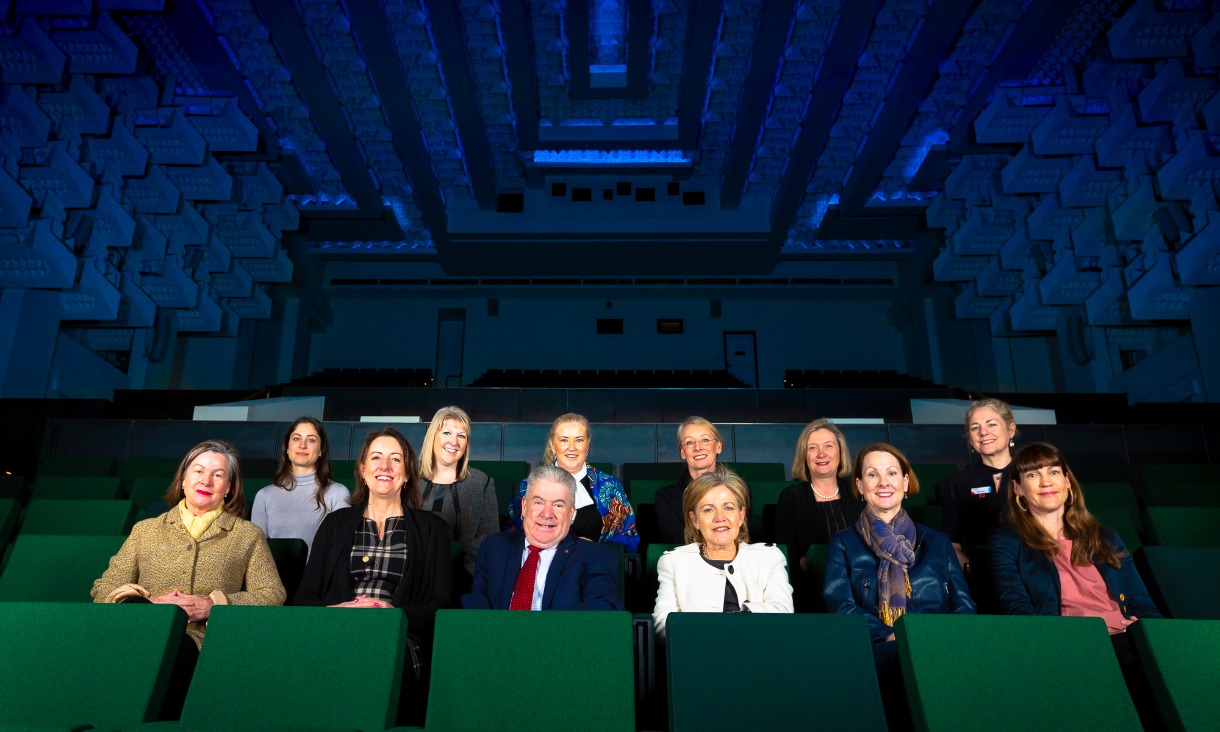 Principals from leading girls’ schools across Melbourne joined RMIT’s Vice-Chancellor and others for a broad-ranging discussion today.

The educational leaders, along with RMIT training CEO Catherine O'Sullivan, academic Dr Leah Heiss, PhD student Chrysoula Pandelidi, discussed the shifting nature of the workforce, how young women were being prepared, opportunities and challenges and the role of in-demand competencies like soft or human skills.

Today’s school students are more likely to be employed as cyber security analysts than accountants tomorrow.

Vice-Chancellor and President Martin Bean CBE said the event was an opportunity to discuss the group’s shared focus of getting young people ready for life and work.

“From where I sit, in tertiary education, we are responding to the greatest disruption since the industrial revolution and the rapidly changing demands of the workplace as we know it,” Martin, a father of three daughters, said.

“It’s estimated that half the jobs of today will not exist in the near future, and the most in-demand jobs are increasingly new to us.”

He said “soft – or human - skills like resilience, creativity, leadership and problem solving, and Science, Technology, Engineering, Arts and Maths (STEAM) were common indicators of success in the new world of work”.

“There’s strong support at RMIT for female students in STEAM, ranging from entry schemes and scholarships, to mentoring, industry events and great student networks,” he said.

The current landscape in schools

“From Year 10 on, we are constrained by a narrow and tight curriculum and exit certifications that force our upper secondary students to do something that will not prepare them for the world that you’re talking about,” she said

“The thing that’s really interesting for me is all of these industries are calling out for girls … so we started to flip it and say, `Who are the people then that will take our girls, regardless of ATAR, let them choose whatever university they want to go to, give them paid work in those companies, give them exposure to those companies?’ and we will pump out brilliant girls for you every year,” she said.

CS in Schools sees young industry professionals volunteer to teach coding to Year 7 and 8 students, which, Kendall said, was “upskilling the teachers, not just the kids”.

Melbourne Girls Grammar principal Dr Toni Meath said it was important to create bolshy, strong girls who could provocative, speak their mind and be bold.

She acknowledged the notion of transdisciplinary projects but said “we still need to have a rigorous approach to the deep skills of subjects”.

She also stressed the need to start STEM skills early and incorporate them into a girl’s side hustle. She gave the example of a Year 7 boarding student who was making and selling badges and learning finance processes like invoicing in a trusted space with people around her.

“I think males are still way more comfortable with, ‘I’ll do this and I’ll see where it leads’ but girls want to know, ‘If I do this, then what? Where are their partnerships, where are their connections, will they look after me?’ she said.

“They want safety and protection and these industries are scary. I think universities have to provide them some certainty of what’s to come … where do RMIT graduates go, how competitive were those processes, do you have some exclusive opportunity (for them)?

“It’s that, `What happens next?’. How do you create that continual pathway, so they can just jump?”

The group discussed the idea of knowledge portfolios, a concept also floated by the Vice-Chancellor at RMIT’s recent SHIFT event, which showcase a person’s whole life story from their skills and experience to capabilities and interests.

Harnessing the power of networks was also seen as a key way to support the next generation of girls.

Meath said it was important girls had depth and breadth of networks, keeping their toe in the water with lots of different interests be it sport, music or other areas, while Carmody pointed to identifying and engaging girls who were both alumni of schools and universities.

“There is a whole generation of women who want to take on mentoring roles,” Carmody said.

RMIT has a range of initiatives to increase gender equality underway as part of a dedicated action plan.

Evidence of RMIT’s continued progress in this space, the University was named as an Employer of Choice for Gender Equality (EOCGE) from the Workplace Gender Equality Agency (WGEA) in February for a second consecutive year.

RMIT also achieved gender parity for its governing council in 2017 and has maintained parity since that time.

RMIT recognised as an Employer of Choice

RMIT University has been named as an Employer of Choice for Gender Equality (EOCGE).

RMIT has gone rainbow for International Day Against Homophobia, Biphobia, Intersexism and Transphobia (IDAHOBIT), hosting a broad-ranging panel discussion and other events.

Almost a third of Australian children experience some form of disadvantage that can have a lasting impact on their development, a new study of more than 5,000 children released today has found.