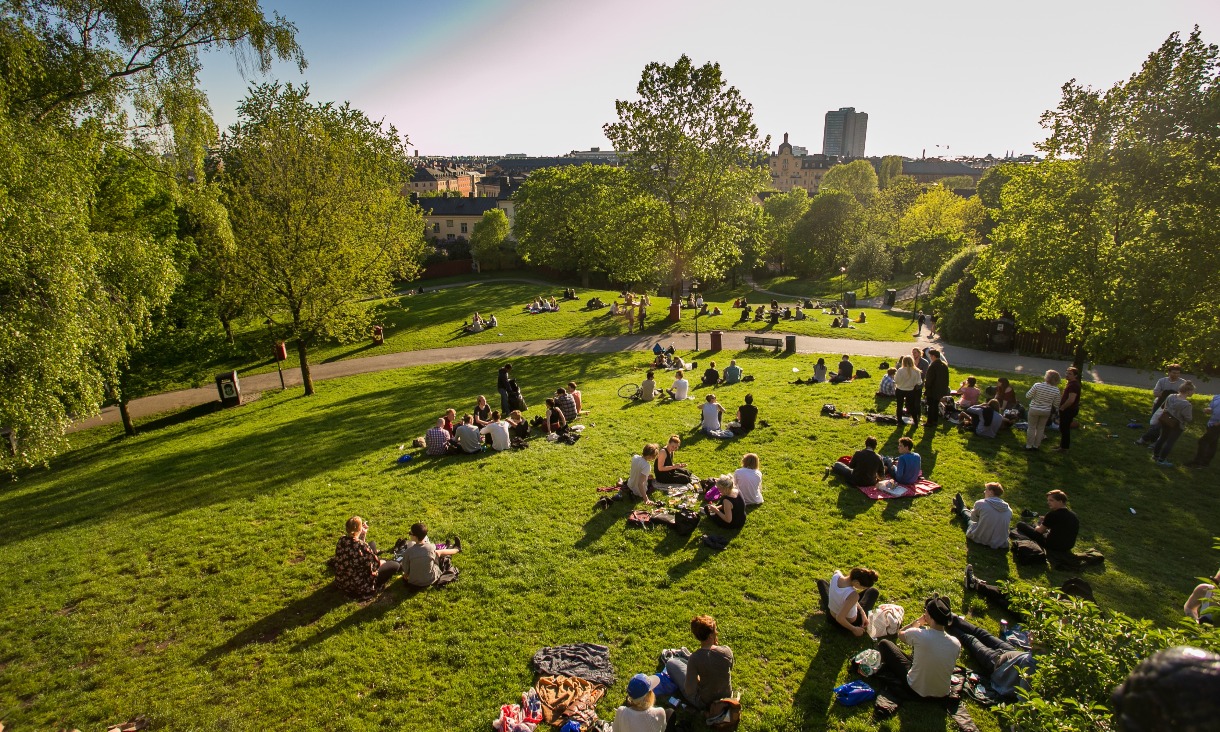 The recent publication Rewilding, which includes contributions from RMIT researchers, reviews evidence of the health and social benefits of living with 'wild' nature – from viewing trees and plants from inner-city windows through to wildlife gardening or restoring a creek side habitat.

RMIT researcher Cecily Maller said that there are numerous human and non-human benefits in reconnecting cities with nature.

"Studies have highlighted how people can cope better with major life issues, reduce their mental fatigue as well as improve attention capacity simply by being able to look at trees and plants from the windows of their apartment buildings," Maller said.

"A study of people using parks in Sheffield in the UK, showed a multitude of health benefits from feeling relaxed, happy and serene – this was in addition to meeting the primary need to use the park as part of a route, to walk a dog or for exercise.

"In terms of urban nature more generally, research shows that the amount of neighbourhood green space is also linked with fostering strong social and community ties," she said.

Individual health and wellbeing benefits are enhanced when it comes to more active interactions with nature in cities, such as citizens contributing to wildlife gardening on public land.

Maller said there is clear evidence that people working with their local governments in the management of vegetation in public spaces – such as to restore and protect native species – often express strong feelings of hope and motivation following their involvement.

"Having a role in such an activity helps to strengthen an individual’s connections with nature, place and community as well as generates a sense of personal achievement," she said.

The growing momentum around the globe to bring nature back into urban environments is often referred to as ‘rewilding cities’.

Maller, along with RMIT’s Laura Mumaw and Benjamin Cooke who also contributed to the publication, defines this movement as any initiative or program that seeks to encourage biodiversity, ecosystem function and the persistence of native species in a range of urban settings.

"This includes both private and public land; and both human-supported and ‘natural’ colonisation of urban environments by native species," Maller said.

"Cities are in focus for rewilding for several reasons – not only because they’re the most dominant form of human settlement.

"Cities present a unique context for thinking about nature and health because of the impacts and changes brought about by people and urbanisation processes on ecosystems," she said.

The complex challenges we face as a society call for shared solutions. Join local and international leaders across industry, research and innovation, as we identify collaborative opportunities to shape our future. Find out more at Engaging for Impact 2020 (4-6 February).

You can also hear more from Cecily Maller at the Green Infrastructure and Nature Based Solutions Seminar at RMIT Europe in Barcelona (24 February).