This week, the Victorian government unilaterally placed the residents of nine public housing towers in inner Melbourne under “hard lockdown” due to the “explosive potential” of increasing COVID-19 cases.

The lockdown requires all residents of these estates to remain inside their homes for at least five days, placing around 3,000 residents under special punitive measures that apply to no one else in Victoria. Residents are “reeling”.

The lockdown is being enforced by a significant police presence on the estates, with officers on every floor, no warning and immediate effect.

Other outbreak areas have been given more than 24 hours’ notice for similar numbers of coronavirus cases.

Outbreaks in more affluent areas, such as the Mornington Peninsula, have not been met with the same harsh restrictions.

Emma King, the Victorian Council of Social Service CEO, described the lockdown of the estates as looking “like a crime scene”.

A pandemic response should not be a crime scene. It is a collective, public health issue from which no one is immune.

The government’s justification for this action is that residents of public housing are vulnerable and living in high density with many shared spaces. The latter is true of any large apartment building in Melbourne. 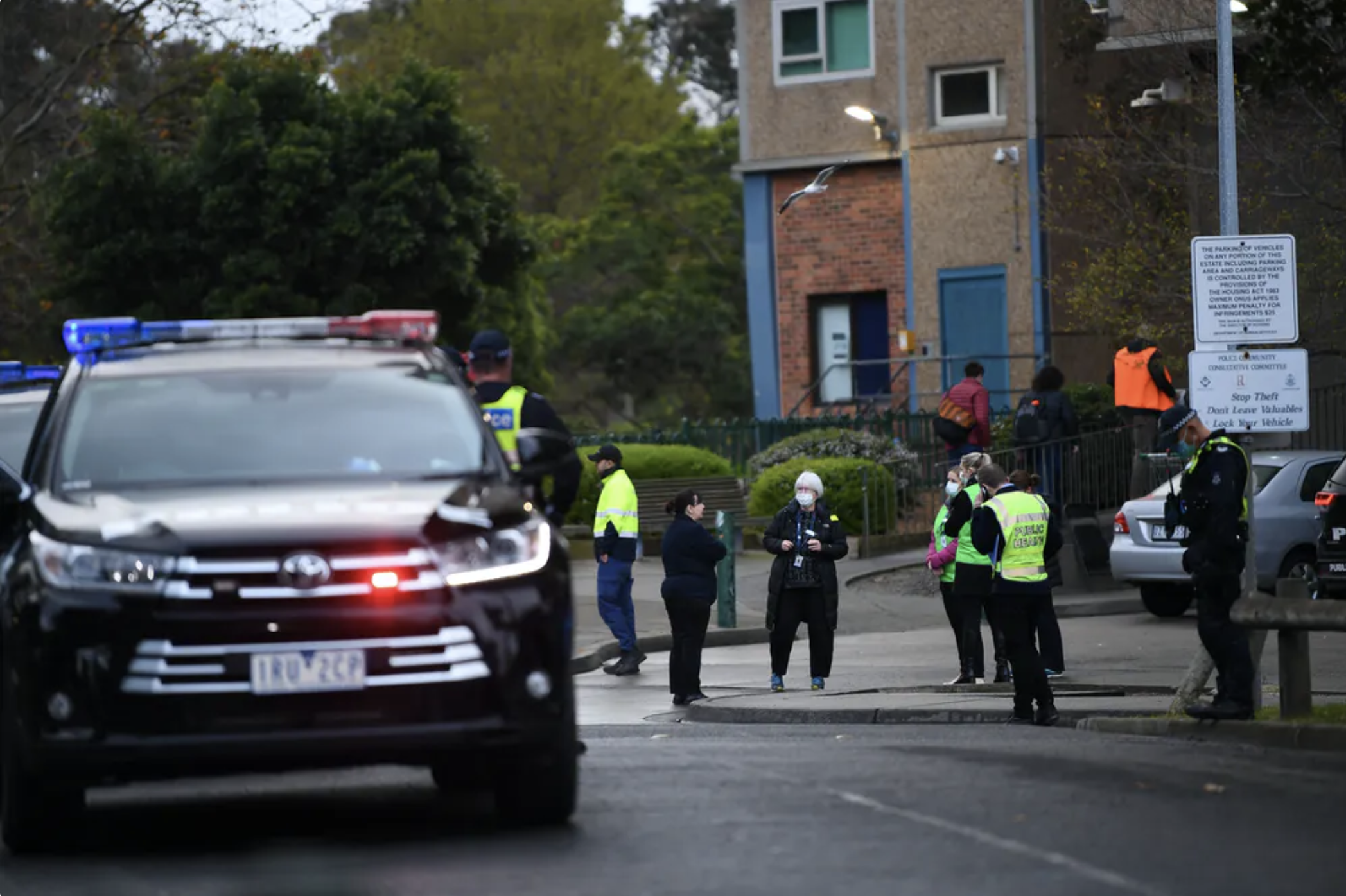 The tower blocks have been described as looking like ‘crime scenes’ — but none of the residents have done anything wrong. AAP/James Ross

Quarantine from Toorak to Broadmeadows should look the same if we are following public health guidelines.

If living conditions in public housing are riskier than elsewhere then we need to ask why.

If it is true that communities in housing stress are more susceptible to pandemics, we need to ask how and why this should be true in such a privileged country as Australia.

Public housing has been suffering for decades

What is unfolding in Melbourne this week is the product of a punitive public housing system whose residents have been neglected for decades.

The status of “vulnerable” that governments so blithely apply to public housing tenants does not come from nowhere.

Vulnerability is not an objective condition, but the result of a system geared toward inequality and enabled by policy choices.

Public housing in Victoria is the product of decades of neglect, disinvestment and stigmatisation by governments and media. 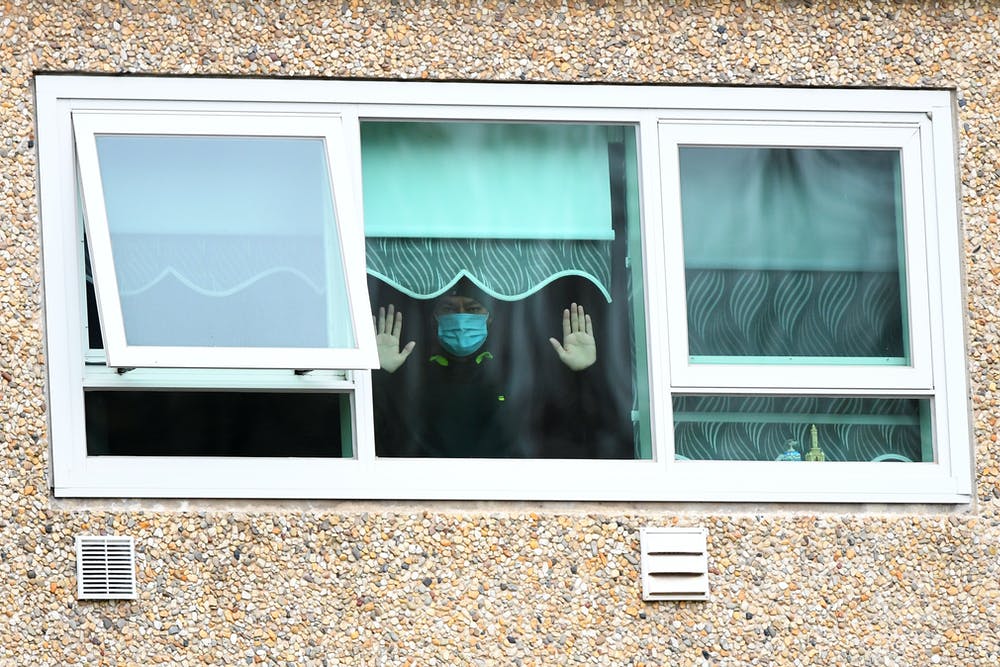 Similar sized outbreaks in other areas have not prompted measures this restrictive. AAP/James Ross

At the same time, the number of people experiencing homelessness and housing insecurity in Victoria has increased to 100,000, according to waiting lists.

Repeated inquiries and reports point to inadequate investment, poor maintenance and lack of strategy. Overcrowding is a function of a broken system.

These conditions directly feed a narrative of decline that is used to stigmatise, detain, constrain and displace public housing residents.

It is no coincidence the estates under lockdown are also earmarked for “socially-mixed” redevelopment and privatisation, which will break up the existing communities and provide even fewer places for those on lowest incomes.

There are alternatives to a hard lockdown

The public housing lockdowns are a police-led intervention in an already over-policed community.

There is now welcome evidence of social services engagement, but this comes as a secondary consideration.

The residents of the affected towers do not need more policing. They have community-based and grassroots organisations such as RISE that have been actively engaged as members of the community.

The spike in cases demands a health care response, not a police response.

The Victorian government did not have to look far for existing models, such as the Aboriginal-led COVID-19 response across Australia, which demonstrates the effectiveness of community-led initiatives.

The most effective models for delivering public housing at a scale that can address need are also well-known to policy-makers and academics.

Yet this government continues to pursue policies that reduce the amount of public housing available.

What Victoria needs is more and better quality public housing and supportive community-building practices that grant everyone the same dignities. Let’s trust those living in public housing.

If the right information, in the right language, with trusting relationships with government and other authorities were enabled, this public health crisis could be worked through in a just and equitable way. As it seems to be in all other sections of Victorian society.

Dr David Kelly is a Research Fellow at the Clean Air and Urban Landscapes Hub and the Centre for Urban Research, RMIT. He is currently working on understanding the social implications of displacement in public housing renewal programs.

Libby Porter is Professor of Urban Planning with the Centre for Urban Research, RMIT University. Her research is about how urban development causes dispossession and displacement and what we should do about it.

Confused or clueless about global politics? Barely Gettin' By is the podcast for you

A new podcast is using a history of the present and a different perspective to explore key political events and issues to ask what’s being missed when we only hear certain voices.