The Global-X Challenge, run by the Office of Naval Research (ONR) Global, has selected an RMIT-led team to demonstrate revolutionary capabilities for the US Navy, Marine Corps, the commercial marketplace and the public.

The team of researchers was just one of four selected to share around $1.5 million in funding and will spend the next nine months developing an optical fibre-based network, like the National Broadband Network, capable of underwater operation.

The fibre network will use magnetometers – devices that measure changes in magnetic fields – to help detect sea traffic, such as ships moving in and out of port, and improve long-distance remote surveillance.

But detecting low-level magnetic fields over long lengths of optical fibre cable is fraught with challenges.

To overcome this, the project team will need to work out the amount and position of diamond particles in the cable – they’ll do this using novel techniques.

RMIT’s Professor Brant Gibson said he was humbled by the recognition and looks forward to working on the project.

“I am ecstatic to receive funding from ONR Global and to be given the chance to demonstrate that our concept meets the objective,” he said.

“We all feel extremely honoured to be chosen out of such a large pool of candidates.” 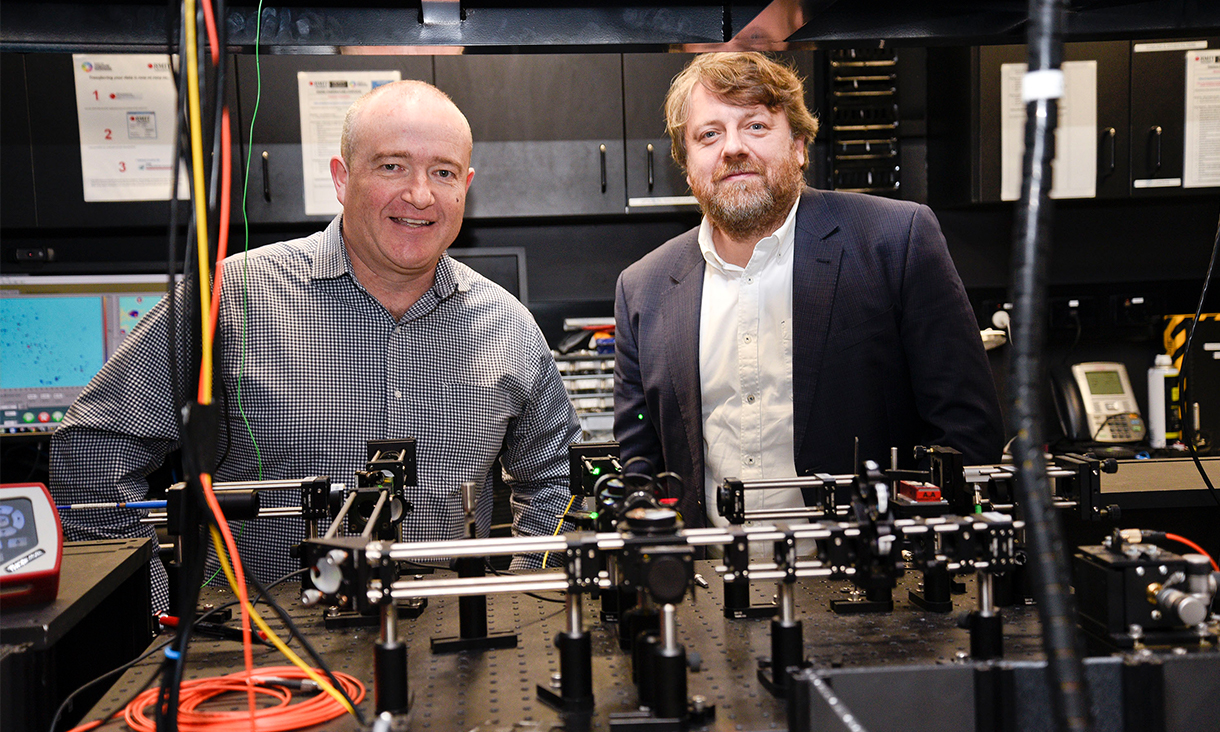 The team’s research will primarily focus on maritime surveillance, but Gibson said such technology may also be useful for subsurface monitoring applications over large areas on land.

“We seek the opportunity to develop this platform towards a robust solution for long-term undersea magnetometry,” he said.

“We also intend to work closely with stakeholders to tailor the development of the technology for the challenge.”

Beyond defence, Gibson said the development could be applied to the mining and health sectors.

“This technology has the potential to be applied in the mining sector by revealing new deposits of metals and mineral elements, considered necessary for securing the future of the world’s major and emerging economies,” he said.

“In health sector, this technology has the potential to be used to monitor magnetic field signatures produced by electrical currents occurring naturally in the body.”

The project could be extended for another nine months if the team successful demonstrates its research in June 2021.

A new podcast takes listeners behind the scenes with leading international lawyers to reveal the machinations of war, peace and human rights.