The prototype device, known as MAPrad, is just one tenth the size of existing ground penetrating radar systems, yet can see almost twice as deeply below ground – more than 100 metres down – to identify minerals, ice deposits, or voids such as lava tubes.

Local start-up CD3D PTY Limited has now received a grant from the Australian Space Agency’s Moon to Mars initiative to further develop the prototype with RMIT University, including testing it by mapping one of Earth’s largest accessible systems of lava tubes.

“MAPrad is smaller, lighter and uses no more power than existing ground penetrating radar devices, yet can see up to hundreds of meters below the surface, which is around twice as deep as existing technology,” Macnae said.

“It was able to achieve this improved performance, even after being shrunken to a hand-held size, because it operates in a different frequency range: using the magnetic rather than the electric component of electromagnetic waves.” 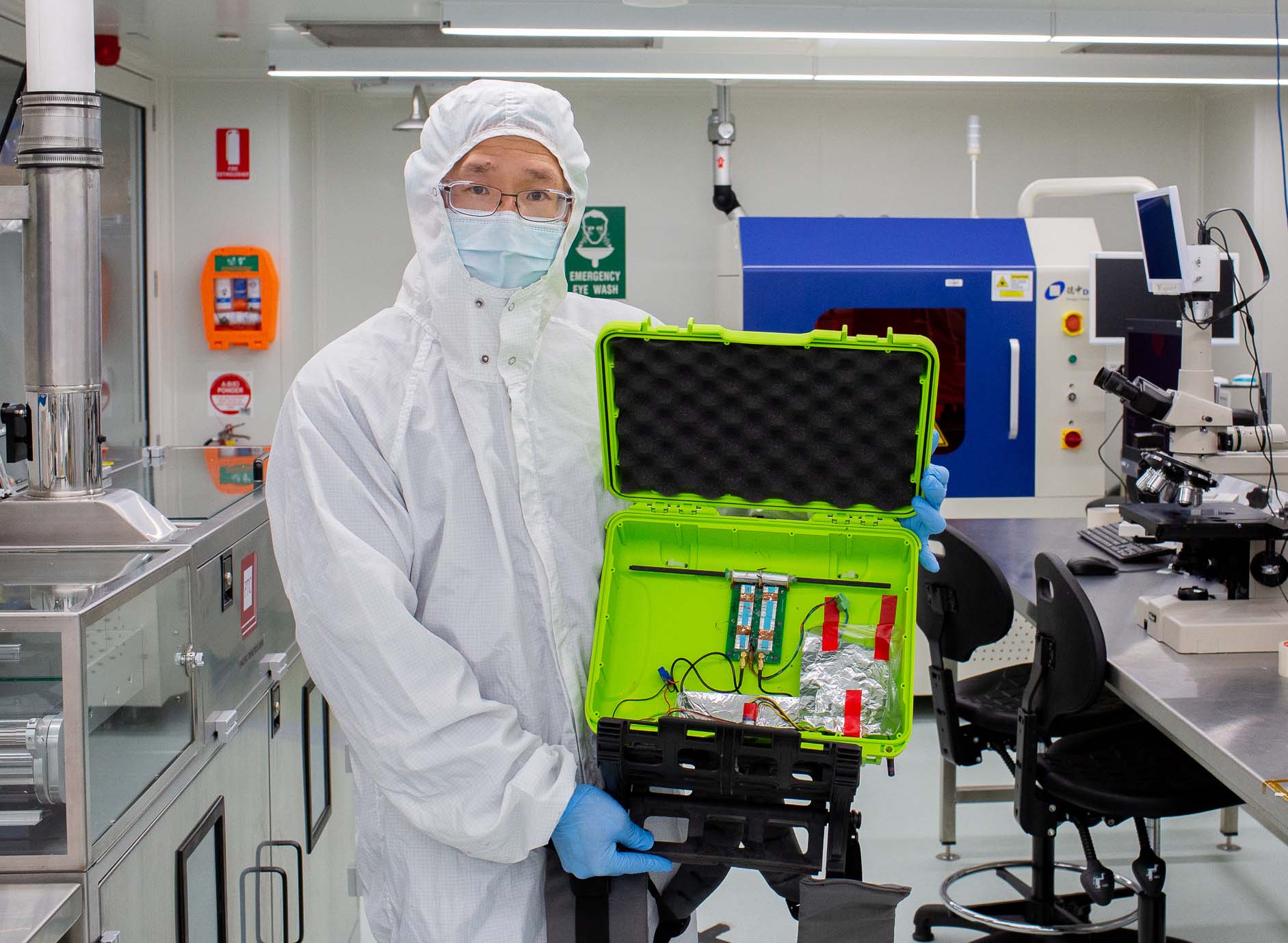 From mining to Moon mission

The specialised radar system was developed by RMIT University and Canadian company International Groundradar Consulting in a collaborative research project funded through the AMIRA Global network.

Successful field tests have since been carried out in Australia and Canada using a backpacked prototype for mining and mineral prospecting.

“MAPrad’s initial development was specifically focussed on facilitating drone surveys for mining applications, but it has obvious applications in space where size and weight are at a premium, so that’s where we’re now focusing our efforts,” Macnae said.

To further prove the technology’s usefulness for a range of Moon missions, the researchers will be seeking permission to scan one the world's largest accessible systems of lava tubes at the spectacular Undara caves in Far North Queensland, Australia.

Undara is an Aboriginal word meaning 'long way', in reference to the unusually long system of lava tubes that are located within the park. The tubes have diameters of up to 20 metres and some are several hundred metres in length. 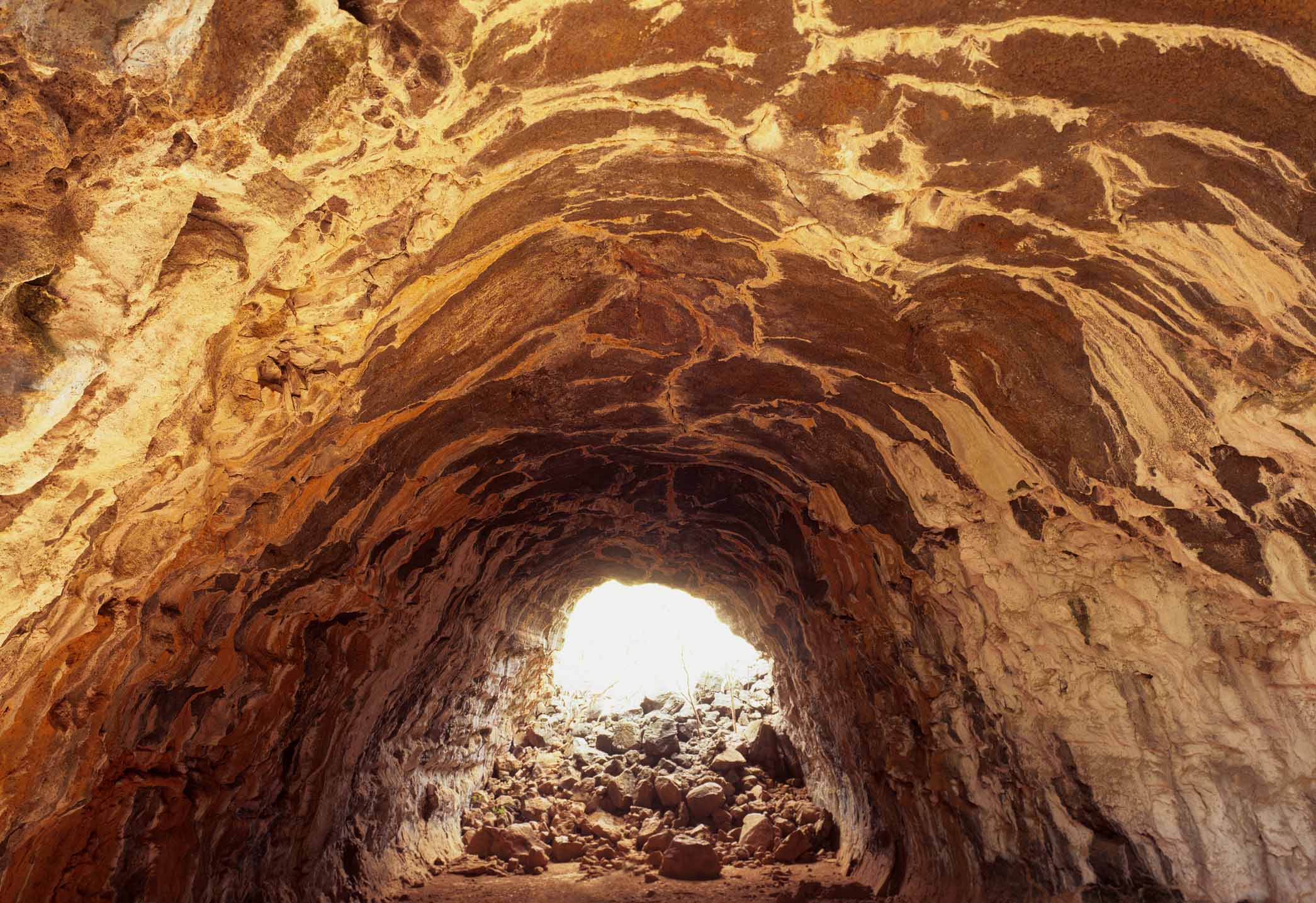 Inside one of the vast lava tubes at Undara Volcanic National Park, in Far North Queensland. Getty Images

RMIT University engineer, Dr Graham Dorrington, said they would traverse the park above the caves to detect the voids below, some of which have not been completely mapped yet.

“We know the dimensions of the main tubes, so comparison with surface scans to check accuracy should be possible,” he said.

“Undara will be an excellent testing site for us since it’s the closest thing on Earth to the lava tubes thought to exist on the Moon and Mars."

The search for water and shelter in space

Massive tunnels left by ancient volcanic lava flows may exist at shallow depths below the surface of the Moon and Mars.

It’s thought these enclosures could be suitable for the construction of space colonies as they provide protection from the Moon’s frequent meteorite impacts, high-energy ultra-violet radiation and energetic particles, not to mention extreme temperatures.

On the Moon’s surface, for example, daytime temperatures are often well above 100°C, dropping dramatically to below -150°C at night, while the insulated tunnels could provide a stable environment of around -22°C. 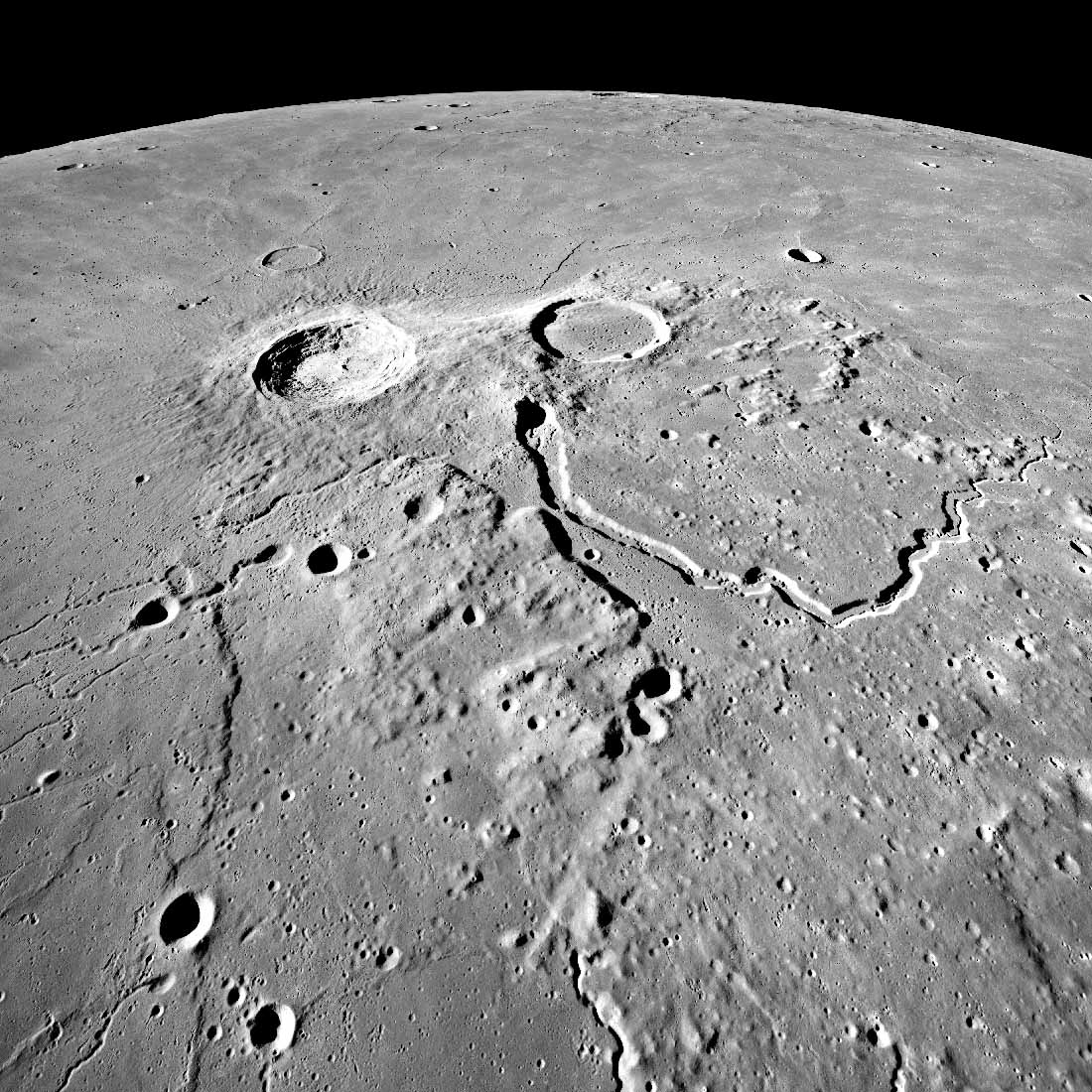 The team hopes to qualify MAPrad for space use so it can help uncover the resources available on the Moon (pictured) and Mars to support life. Credit: NASA.

But of more immediate concern is mapping ice-water deposits on the Moon and getting a clearer picture of the resources available there to support life.

Dorrington said their system could be mounted on a space rover, or even attached to a spacecraft in low orbit, to monitor for minerals in near-future missions and for lava tubes in later missions.

“After the lava tube testing later this year, the next step will be optimising the device so as not to interfere or interact with any of the space rover or spacecraft’s metal components, or cause incompatible electromagnetic interference with communications or other instruments,” Dorrington said.

"Qualifying MAPrad for space usage, especially for use on the Moon, will be a significant technical challenge for us, but we don't foresee any showstoppers."

The team will use the unique capabilities of the RMIT Micro Nano Research Facility and the Advanced Manufacturing Precinct and are also looking to collaborate on later stages of development with specialists in spacecraft integration or organisations with payload availability.