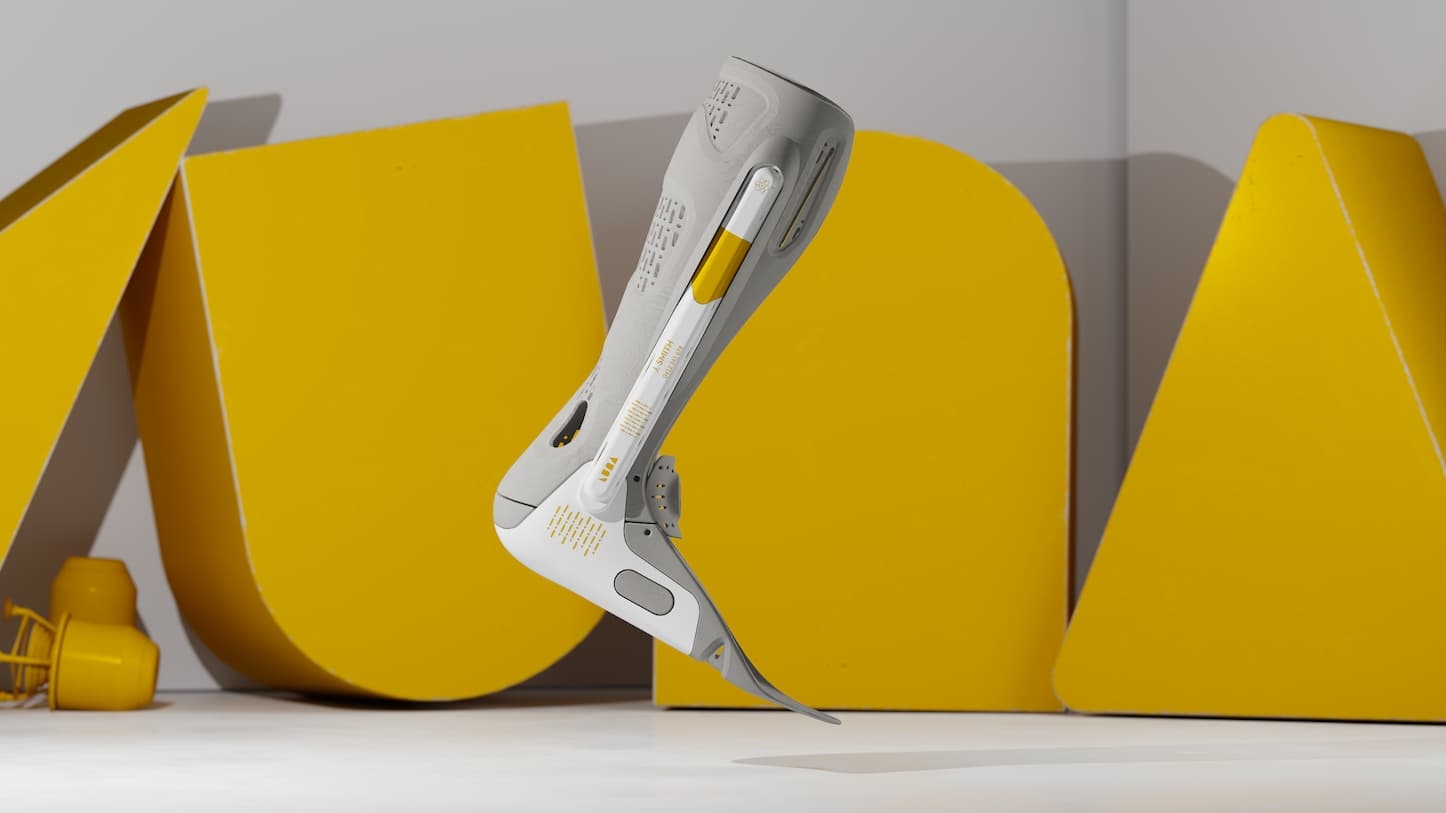 RMIT industrial design graduate Aaron Nguyen is in the running to claim the winner of the James Dyson Award 2021, after being shortlisted as a top 20 global finalist.

The James Dyson Award is run by the James Dyson charity and encourages university students and graduates from all around the world to submit inventions that solve real-world problems.

Last month, Nguyen successfully won the title of the National winner for the James Dyson Award via his entry of the LUNA Modular AFO (ankle foot orthosis).

Nguyen is a final-year Bachelor of Industrial Design (Honours) student.

Judges chose Nguyen’s invention from over 2,000 entries coming from 28 countries and regions.

RMIT News spoke to Nguyen about his invention, the LUNA Modular AFO and his time at RMIT University.

What sort of world challenge were you trying to tackle when you set out to create the LUNA Modular AFO, and how has your invention solved this challenge?

I grew up with two family members with a rare condition called Hereditary Spastic Paraplegia, a disease that causes degeneration in your lower spinal cord.

This disease leads to motor and sensory impairments in their lower limbs, meaning sufferers have trouble walking and having feeling in their legs.

Currently, there are no cures or solutions that reverse this degenerative factor, and the only chance these kids have of having a normal life is using an AFO, also known as an ankle foot orthosis.

It's like a rigid plastic brace that these kids lock themselves into and it helps and supports them as they walk.

The main change between the LUNA AFO and the traditional ones is that the LUNA AFO is modular and has been designed to grow with the kids.

The biggest issue with the traditional AFOs is that because they're so tight fitting for the support needed, kids often get cuts, bruises and blisters.

Professionals advise that AFOs should be replaced every six to eight months. They are also expensive, costing up to $1,000. So from infancy to young adulthood people can pay around $30,000.

However, with the LUNA Modular AFO, they only need to replace the part that is associated with the area that has grown, rather than the whole system.

Did you encounter any obstacles when designing the Luna Modular AFO?

I was studying industrial design at RMIT so problem solving is something that we get very comfortable with.

The thing that I wasn't expecting was the pressure and the expectation for me to perform and design the solution, because when I started it was a purely academic endeavour.

I was interviewing and contacting industry professionals to get their assistance in this project.

I remember in the first interview the prosthetist I was speaking to who builds these devices said ‘We've been waiting for someone like you, for like a long time.’

I felt a wave of expectation and thought, ‘now they know that someone is looking to fix it and they're looking at me to fix it!’

In Victoria, there's only one company that had that machine and they only just got this material in around the time I started it.

So when I was getting this developed, I was also working with them because they were testing out the machine.

We ran into a few printing issues so I also had to start talking to International manufacturers to get this printed and shipped over, to ensure it was completed in time.

There were a lot of emails sent in lockdown! 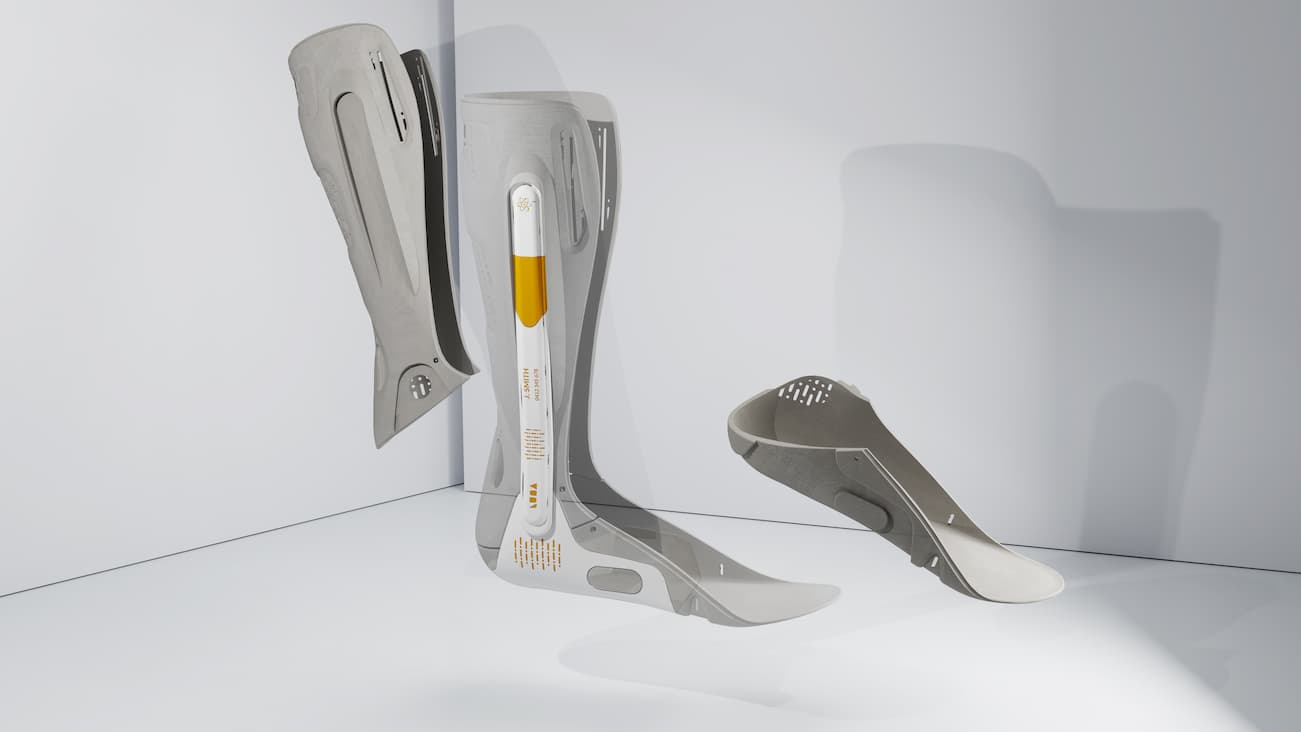 A model of the Luna Modular AFO

Could you describe how you felt when you made the top 20 of the James Dyson Award internationally?

I didn't really react at first because I didn't expect to get this far.

The last day of university was on a Wednesday and the James Dyson was due on a Friday.

I was sitting around on the Thursday thinking, ‘Oh James Dyson I should just submit it and see what happens,' and I ended up winning nationally.

As an RMIT graduate, how has RMIT facilitated your aspirations for design and innovation while studying with RMIT?

I think the biggest thing I learned was how to manufacture things.

I like how they're teaching us in prototyping and how to make things.

When I was making this, I knew the process and the steps, so that really helped.

Where do you see the LUNA Modular AFO going and what are your future plans with this invention?

We are trying to see where it really fits in now so we're taking it from a concept to reality. 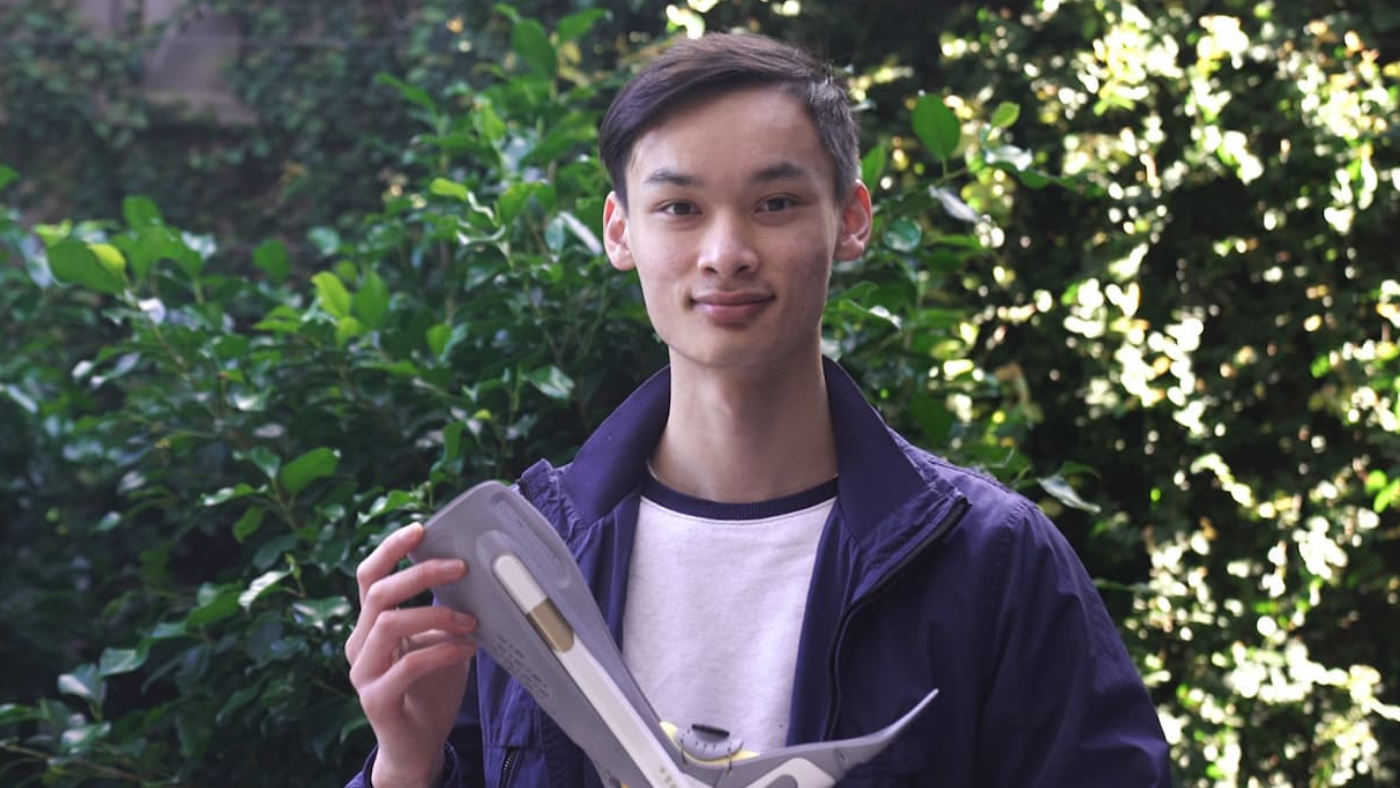 What would be your future advice to those wanting to enter the James Dyson Award?

Look at people who have done well in the James Dyson Award because you can see the past winners.

I was looking into Ryan's and Tim’s projects and saw how they presented their work.

It’s also good to look at past winners of the award.

They're not looking into the end solution, they're also looking into how you got there and all the steps you got to get through this solution.

It's the process, not just the end result.

What have been some of the highlights for you during your degree/what have you loved about the course?

If you see the work I did for the LUNA AFO including all the pictures, you can see I spent a lot of time with those because I enjoyed that aspect.

I was able to find what I was really passionate about.

I would never have known that  3D modelling would be one of my passions before I started university.

What are your aspirations now that you have completed your final year of this course?

Right now, I'm just focusing on LUNA AFO and starting up as a business, developing it, hiring more people, getting it out there and then seeing what that leads to.

As a graduate what is the most influential thing you learnt as a student at RMIT?

I think it's maybe just the experience itself.

I know coming out of high school, you're pretty sheltered.

When you come into university, it's opening up the rest of the world here and you get to experience more things.

I think that's what RMIT has really given me.

RMIT Culture, in collaboration with Hardie Grant and the University's Writing and Publishing discipline are offering the Spark Prize in 2022.

A van displaying digital art made by East Gippsland students has travelled to reconnect regional communities to metropolitan Melbourne after more than two years of COVID barriers.