Community and collaboration are at the heart of Yalinguth, a new First Nations augmented reality app that takes users around Ngár-go/Fitzroy, Melbourne guided by stories from members of the Aboriginal and Torres Strait Islander community.

Meaning ‘yesterday’ in the Woi Wurrung language, Yalinguth is expressed entirely through sound in keeping with oral traditions and features voices including those of musician Uncle Archie Roach and actor Uncle Jack Charles.

The app was developed in partnership with Dr Chris Barker, Kate Cawley and Max Piantoni from RMIT’s Masters of Animation, Games and Interactivity (MAGI), and designed to connect the next generation with place-based stories and history.

While Fitzroy’s Gertrude Street might be awash with cool cafes and boutiques today, Bobby Nicholls, a Yorta Yorta, Dja Dja Wurrung and Wotjobaluk man and project advisor on Yalinguth, said Fitzroy is an important fixture in Aboriginal and Torres Strait Islander community history.

“Fitzroy, in terms of its significance, was the base of establishing communities,” said Nicholls.

Not only is Fitzroy the central point for a variety of services dedicated to Aboriginal people like the Victorian Aboriginal Health Service, it has also been a place where Aboriginal people from all over Australia found their family and community.

In fact, Fitzroy’s significance as an Aboriginal community centre made its way to renowned boxer Muhammad Ali. During his Melbourne visit in 1979, Ali insisted on visiting the Victorian Aboriginal Health Service and Builders Arms Hotel.

“He could have gone to anywhere in the whole of Victoria, but he said, ‘I want to go and see some Aboriginal people,” said Nicholls.

“He actually came in and gave the bar an American $20 bill and they stuck it up on the ceiling! It was a great honour to have him in Fitzroy.” 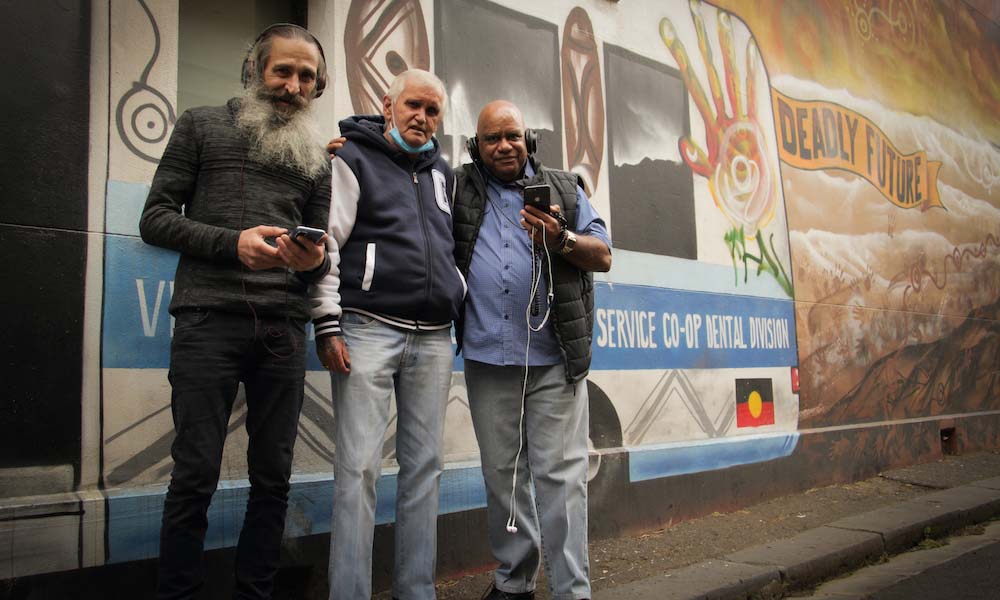 “The collaborative element of the app is its singular strength,” said RMIT’s Barker, who specialises in storytelling through space.

“That includes taking the time to listen to the stories, listen to the requirements of the community, get the community involved and also allow for the trajectory of the app to be dictated and supported by the [Yalinguth] working group.”

Max Piantoni worked on the software development of Yalinguth and said that app was not just a piece of technology but a whole methodology for gathering these stories.

“For a young person to interview an elder and for that transfer of knowledge to exist, to strengthen that connection to history and culture, the community saw real value in that,” said Pip Chandler, who co-produced Yalinguth through Storyscape with RMIT MAGI graduate Zoe Dawkins. 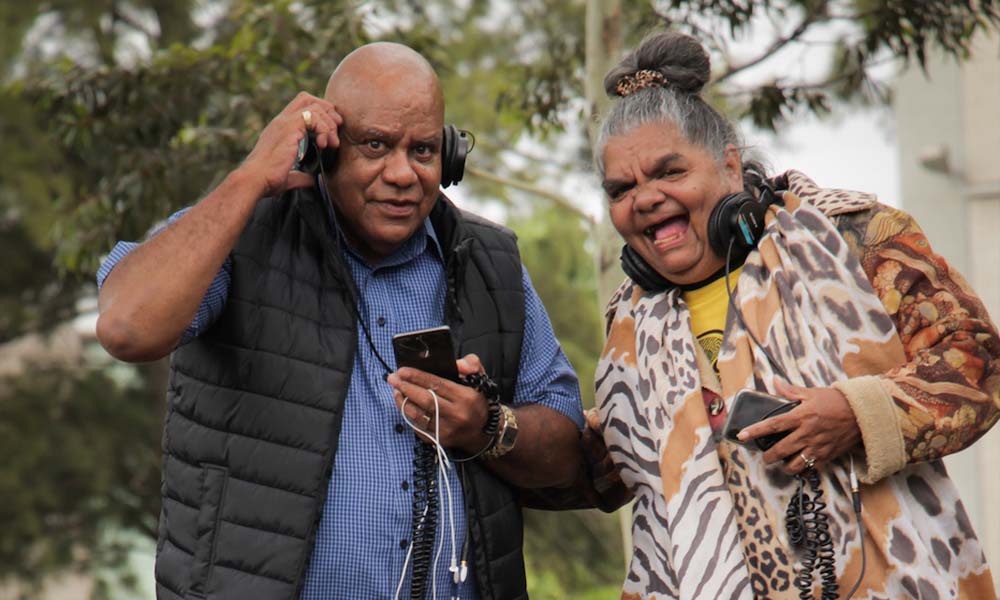 Bobby Nicholls and Rieo Ellis testing out Yalinguth in Fitzroy.

Looking forward, Yalinguth is in the process of exploring a second Melbourne site.

“The working group has identified the ‘Merri Merri’, or ‘very rocky’ creek as another significant location to discover,” said Chandler.

“The importance of this waterway for Kulin people, and it is also said to be where the Batman Treaty was signed.”

“There’s so much room for the platform to grow with the stories,” said Piantoni. “It’s not built just for Gertrude Street. It really is built as a way to build spatial communications. It’s hungry to have more sites.”

The Yalinguth app is available to download now for those who live within 5km of Fitzroy.